How to Draw a Chaffinch 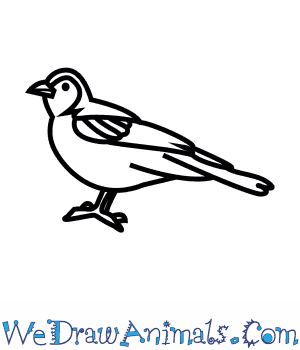 In this quick tutorial you'll learn how to draw a Chaffinch in 7 easy steps - great for kids and novice artists.

At the bottom you can read some interesting facts about the Chaffinch.

How to Draw a Chaffinch - Step-by-Step Tutorial 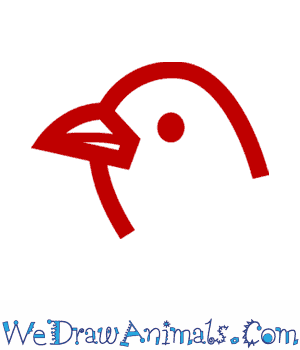 Step 1: Draw the head and face. The chaffinch is a finch, a small type of bird, with a small dome shape for the head and a small beak. Finches’ mainly feed on seeds, which this type of small beak is well-suited for picking and eating. Young chaffinches, however, are fed insects. 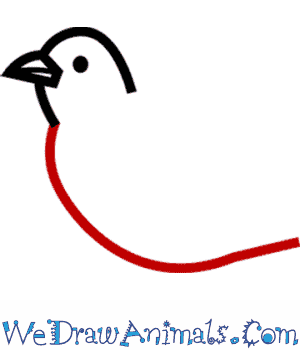 Step 2: Then draw the lower body, with one soft bow-shaped curve from the neck down. 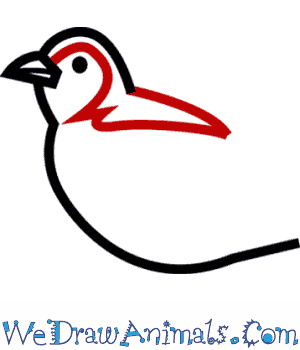 Step 3: Draw an outline from the head, extending to the upper body. This line should start at the top of the beak, around the chaffinch’s small eye, framing its face before continuing halfway down the back. 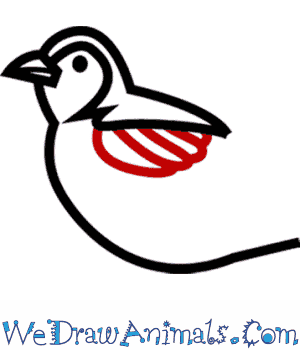 Step 4: Draw the first layer of wing. This series of short lines shows where the wing begins at the body, where the feathers are wider but shorter than the row of long feathers that taper back to the end of the wing. 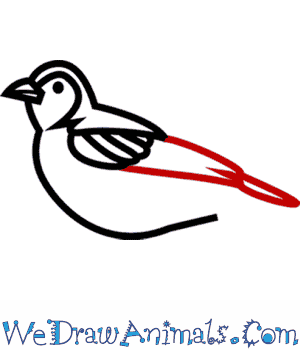 Step 5: Add the other, longer layers with a few long lines that meet at a point. 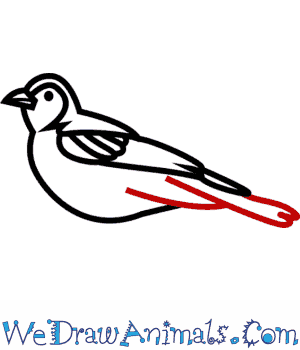 Step 6: Draw the tail, in much the same way as the long wing feathers. The wings and tail will overlap at certain points, so remember to draw long smooth lines with gentle curves. 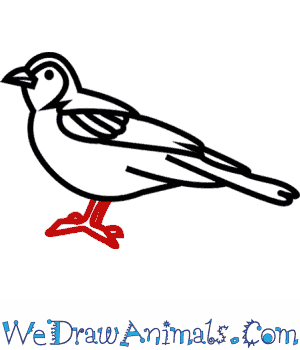 Step 7: Lastly, draw the feet. Like many small birds, their legs can be drawn with short, skinny lines that slant down from the body, with flat, nearly triangular shapes meeting at the end to show the feet.

Interesting Facts about the Chaffinch

The chaffinch is a very common passerine bird that can be found through most of Europe as well as parts of Asia. The male chaffinch has a vibrant blueish-gray color at the top of its head and a deep orange-red color on its underbelly with bright white lines on its wings. The females are similar in color but aren’t nearly as brightly colored. 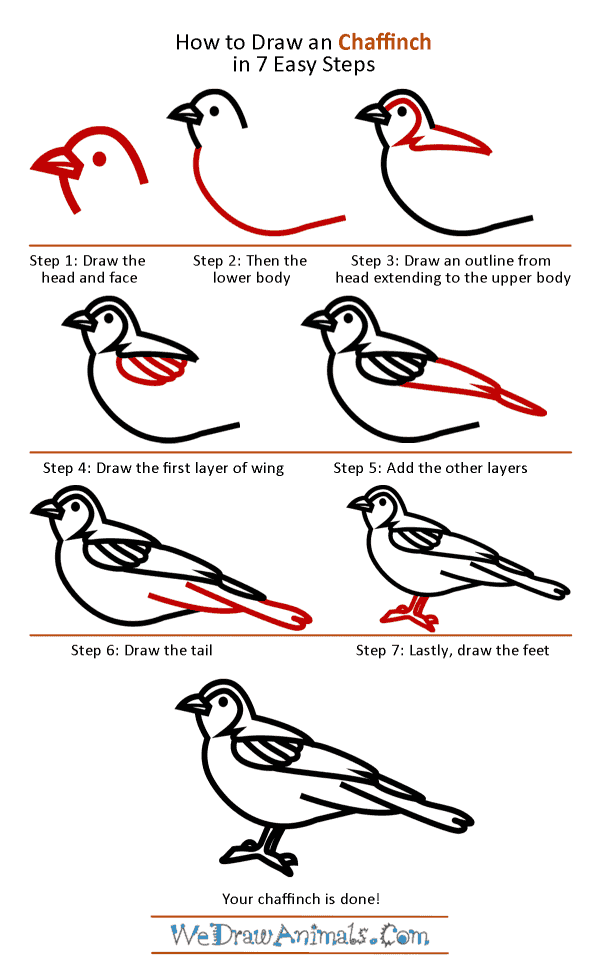 How to Draw a Chaffinch – Step-by-Step Tutorial