How to Draw a Spinosaurus 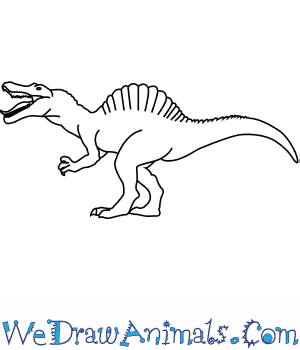 In this quick tutorial you'll learn how to draw a Spinosaurus in 6 easy steps - great for kids and novice artists.

At the bottom you can read some interesting facts about the Spinosaurus.

How to Draw a Spinosaurus - Step-by-Step Tutorial 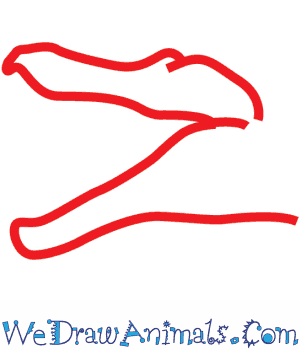 Step 1: First, draw the head. Think of a crocodile’s head: long, flat jaws that open very wide, with a small crest where the eyes will be. 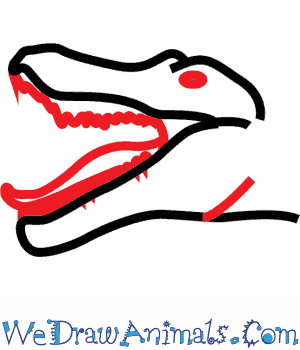 Step 2: Draw the eyes and face. Remember to add rows of sharp teeth along with a long tongue. 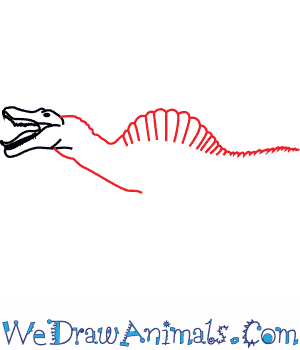 Step 3: Draw the body. Unlike crocodiles or alligators, the spinosaurus had a long powerful neck and a big row of spines on its back. Think of a seashell for this part. The spines then taper off in the back towards its tail. 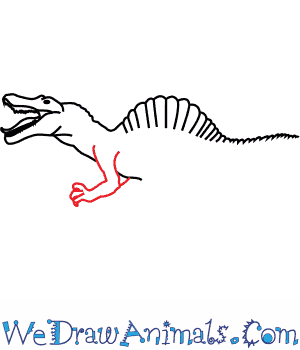 Step 4: Draw the front legs. Spinosaurus had short but powerful arms—like T-Rex, but much bigger, and with strong, sharp claws. 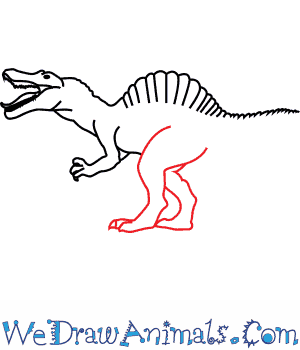 Step 5: Draw the hind legs. These would have been even more powerful and much larger than its arms. For the legs, you may want to break it down into a series of curved lines, bending for the thighs, knees, shins, and ankles. The feet were large and flat and also had sharp claws. 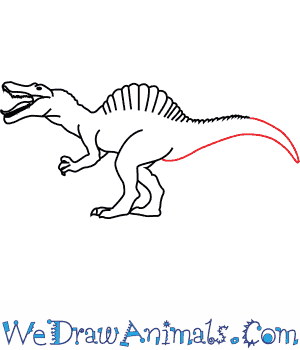 Step 6: Draw the tail. For the large spinosaurus to stand, run and support its large neck, with all of its weight, it would have needed a long tail for balance. Draw a long, gently swooping line almost as long as its body.

Interesting Facts about the SPINOSAURUS

The Spinosaurus is a member of the dinosaur group and the scientific term for them is S. aegyptiacus. Their Greek name “spino-saurus” in means “spined-lizard” in English. The Latin word “aegyptiacus” means “Egyptian” in English, because it makes a reference as to where the animal lived. Although the animal did have a large spine, scientists have changed their mind about this creature being related to lizards. The current belief is largely held that they are related to birds, partially because there seems to be evidence of them having had hollow bones and walked on their legs.

It was the largest known land predator in the world. Their head was similar to a crocodile’s, and similarly this creature was known to eat fish and walk on land. The back had a sail shape as the Marlin or Sailfish does. 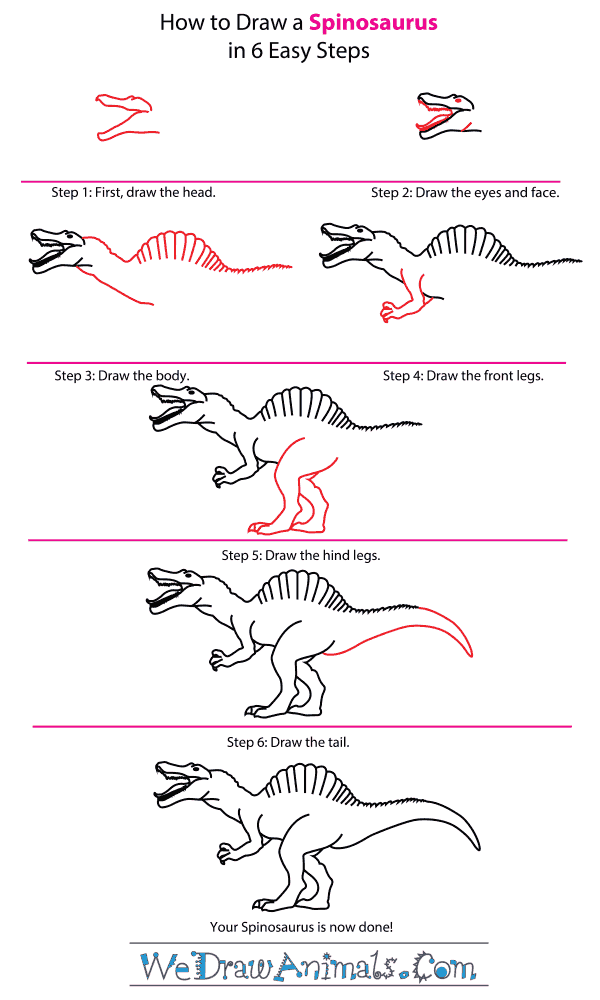 How to Draw a Spinosaurus – Step-by-Step Tutorial