How to Draw a Cinnamon Teal 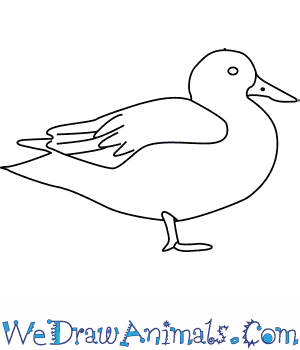 In this quick tutorial you'll learn how to draw a Cinnamon Teal in 5 easy steps - great for kids and novice artists.

At the bottom you can read some interesting facts about the Cinnamon Teal.

How to Draw a Cinnamon Teal - Step-by-Step Tutorial 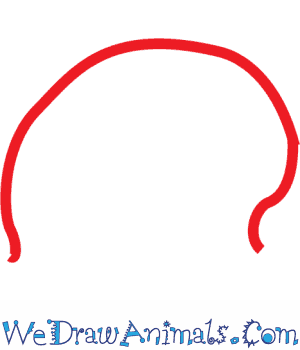 Step 1: Begin by drawing the round head of the duck. 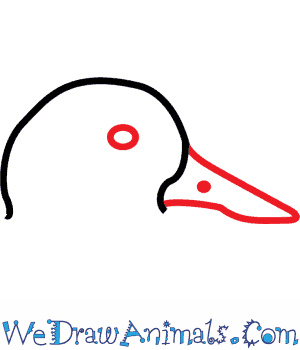 Step 2: Give your Cinnamon teal life by drawing a small circle for the eye near the top of the head and a pointed beak with a dot for the duck's nose. 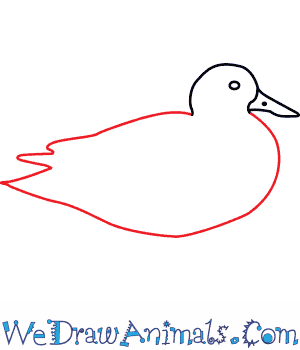 Step 3: The Cinnamon teal has a plump body. Use two curved lines to create this appearance and have those lines meeting a W shape at the back of your duck. 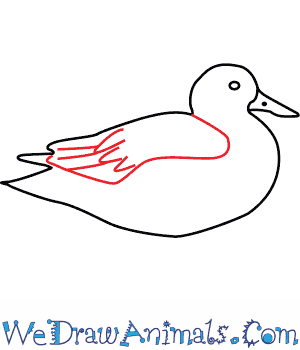 Step 4: Create the wings by drawing a rounded W from where the head meets the body to the tip of one of the duck's tail feathers. Add three lines and three long C shapes within the wing to make the wing look like it is made of many feathers. 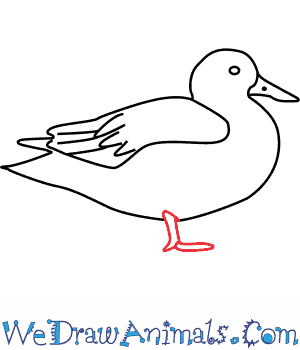 Step 5: The last step is to draw the leg. Have the leg come from the middle of the duck's belly and have a slight point for the heel of the foot. Attach a long oval shape to the front of the duck's heel to make the foot.

Interesting Facts about the Cinnamon Teal

They are commonly found in Northern, Western and Southern parts of America. Males have cinnamon-red feathers while females have brown feathers. Males have a darker bill whereas females have a grey colored bill. Cinnamon teal are primarily herbivorous but they seldom feed on insects and mollusks by dabbling. They are about 27.5cm long and weigh 360-520g. They breed in marshes and ponds. In winters, they migrate to South America or Caribbean.

Lesson plan note: Spread awareness! Stop feeding ducks food. Instead, make a list of food items that would help these ducks survive in winter season. Take children out on a field trip and encourage them to feed ducks with limited healthy food so that these ducks remain healthy and do not become dependent on such sources for food. 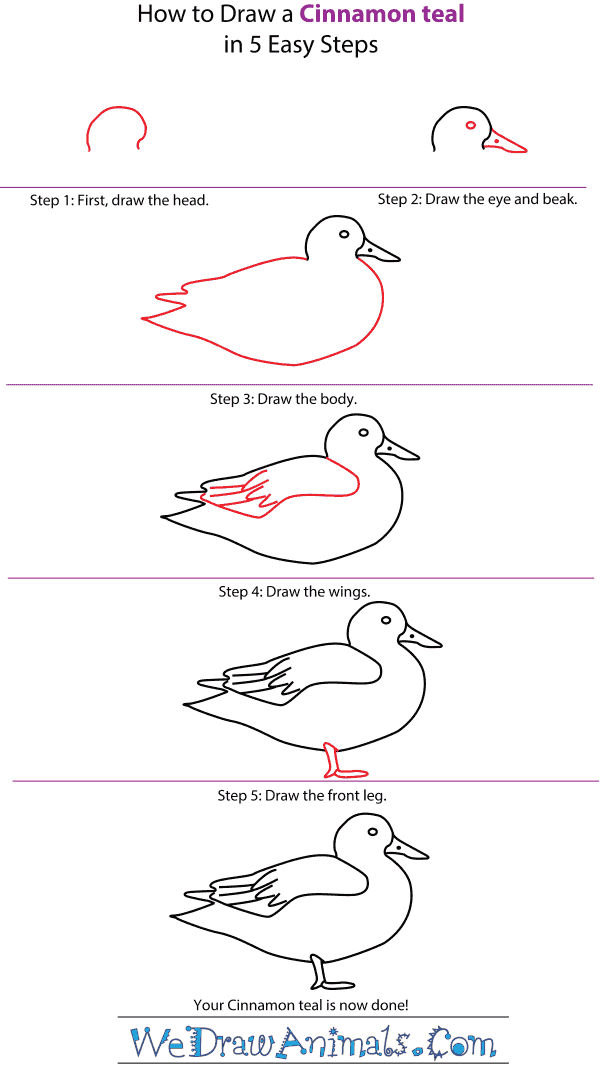 How to Draw a Cinnamon Teal – Step-by-Step Tutorial