How to Draw a Common Buzzard 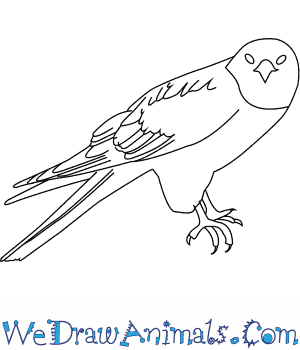 In this quick tutorial you'll learn how to draw a Common Buzzard in 7 easy steps - great for kids and novice artists.

At the bottom you can read some interesting facts about the Common Buzzard.

How to Draw a Common Buzzard - Step-by-Step Tutorial 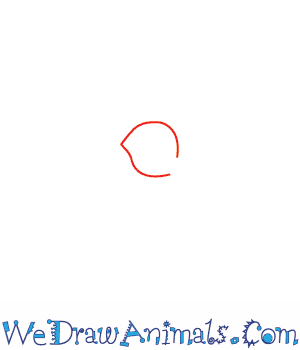 Step 1: To make the head, draw a circle that comes to a point on one side. Leave a small section open. 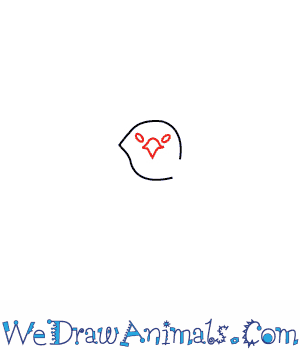 Step 2: Add two oval shaped eyes. The beak is shaped like a bell on top of a triangle. 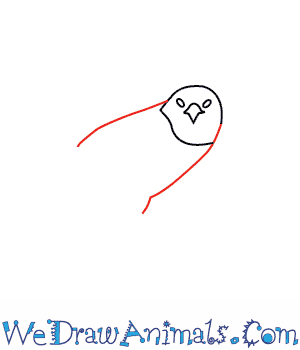 Step 3: This is a large bird, so it has a big body. When you draw the lower half, start it at the space you left open at the head. 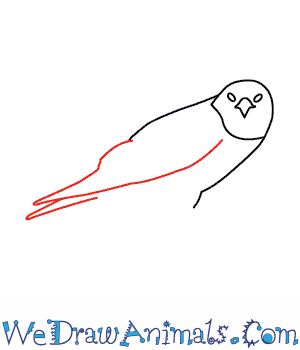 Step 4: From the top middle of the body, draw a curved line that comes to a point for the wing. Bring it up to the back. 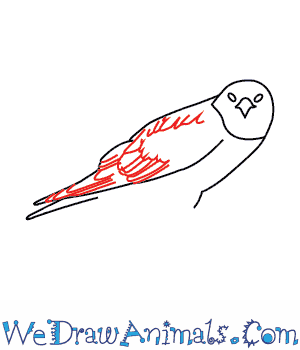 Step 5: Draw in some feathers to make the wing look more realistic. 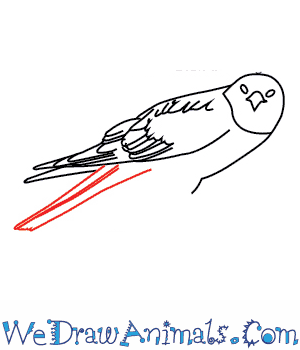 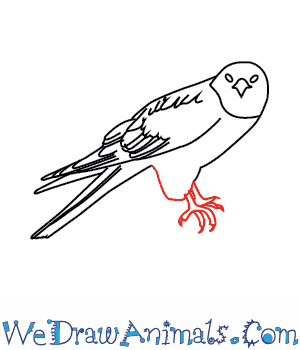 Step 7: The buzzard's feet are strong and dangerous. Make a U shape to connect the foot to the body. The toes are crescent shaped. Add claws to the end of each toe. Your common buzzard is now done! If you'd like to color your picture, this bird is usually shades of brown and white.

Interesting Facts about the COMMON BUZZARD

The Common Buzzard is a member of the bird family and the scientific term for them is Buteo buteo. There are two variations of this species, the Steppe Buzzard and Forest Buzzard. In Britain they can be white or black, but usually a variety of brown colorations in other parts of Europe. These are a medium size raptor, a broad wing species that migrates.

This species is very territorial, and will fight others if they do not stay in their designated area. However, aggressive displays will usually ward off the intruder. They breed on the edges of forests but hunt on open land. Each pair of this bird will mate for the rest of their life. Mating rituals include an aerial display by the male. They mostly eat mammals, but also reptiles, insects, other birds, and animals that have already been dead. 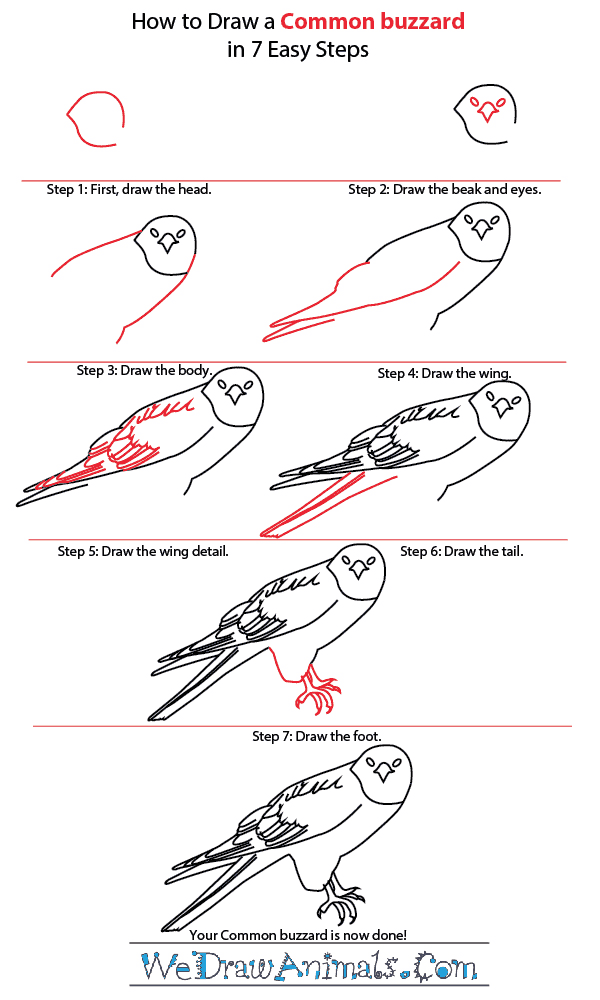 How to Draw a Common Buzzard – Step-by-Step Tutorial