How to Draw a Collared Dove 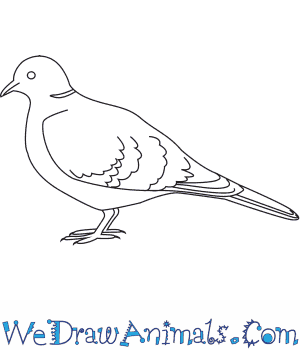 In this quick tutorial you'll learn how to draw a Collared Dove in 6 easy steps - great for kids and novice artists.

At the bottom you can read some interesting facts about the Collared Dove.

How to Draw a Collared Dove - Step-by-Step Tutorial 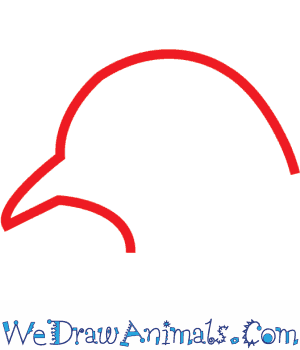 Step 1: A collared dove is drawn with a really round head and a small, pointy beak. 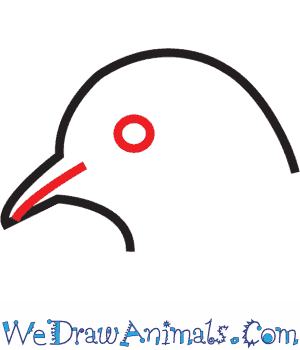 Step 2: Add an eye and draw a small line to divide the beak. 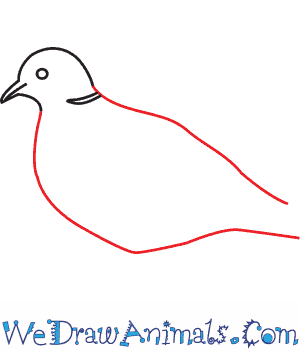 Step 3: Draw a boxy body that tapers into a tail. Leave the end open for the next step. 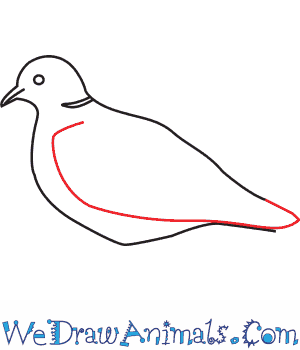 Step 4: Make a hook shape for the wing that runs down into a rounded triangle at the end of the body. 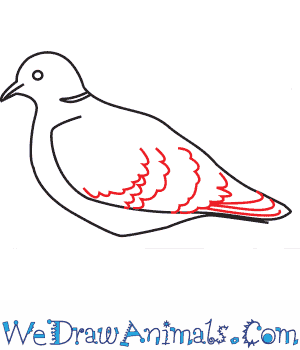 Step 5: Draw some wavy lines to give the appearance of feathers on the wings. 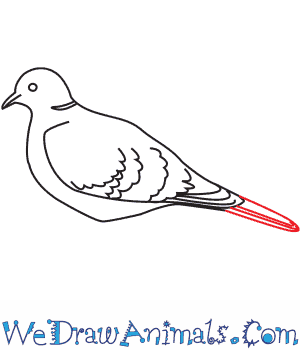 Step 6: The tail is shaped like several long, skinny letter Us 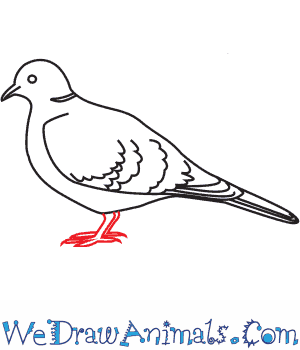 Step 7: Last, add the feet. Your collared dove is now done! It is mostly a light gray, with a band of black on the back of the neck, like a collar, if you'd like to color it.

Interesting Facts about the COLLARED DOVE

The Collared Dove is a member of the bird family and the scientific term for them is Streptopelia decaocto. Another common name for this species is the Eurasian Collared-dove. This animal gets its proper name from a white strip on the back and sides of the neck with a black shadow underneath that looks like a “collar.” The scientific name comes from their mating call, which sounds like the Greek word “decaocto.”

These are one of the greatest colonizing birds in the world, recognized of their presence by the sound of cooing, sometimes mistaken for the Cuckoo species. They’re pinkish grey on top and bluish grey toward the bottom. It’s native to Asia and Europe, and recently introduced to North America. This animal nests almost always within a mile of buildings. This species associates in pairs, and they mate with the same partner for the rest of their life. 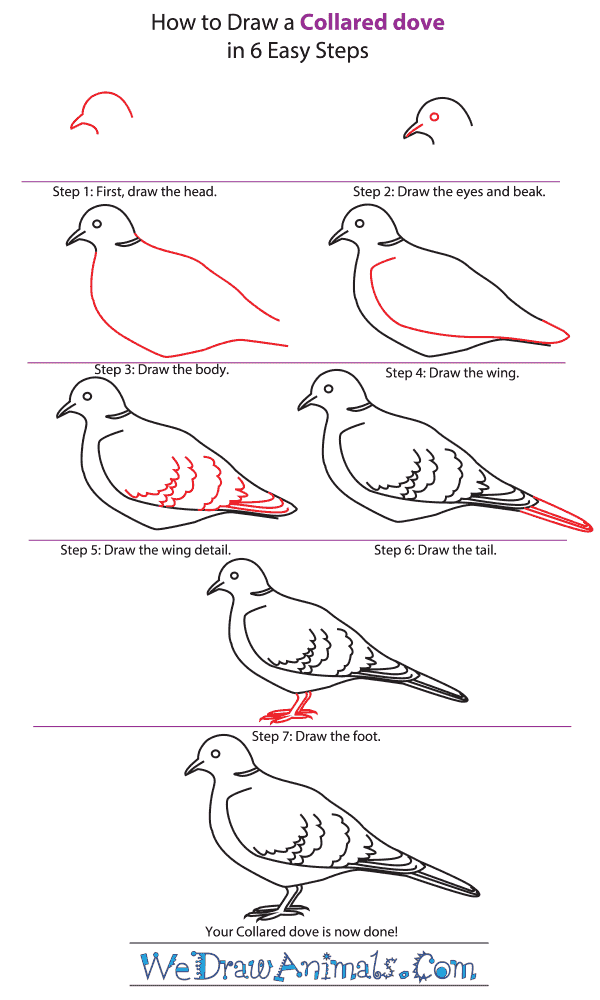 How to Draw a Collared Dove – Step-by-Step Tutorial