How to Draw a Common Redpoll 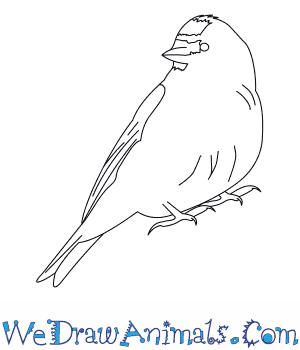 In this quick tutorial you'll learn how to draw a Common Redpoll in 6 easy steps - great for kids and novice artists.

At the bottom you can read some interesting facts about the Common Redpoll.

How to Draw a Common Redpoll - Step-by-Step Tutorial 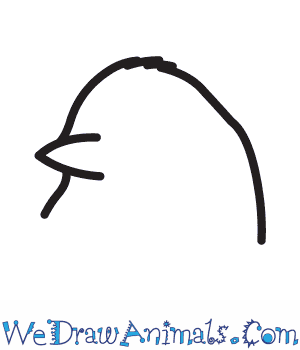 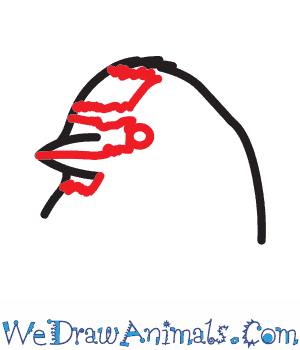 Step 2: Next, draw the details of the redpoll's face. At the top of the head, draw a rectangle. Beneath the rectangle draw two lines that lead to the outside of a small circle for the bird's eye and beak. 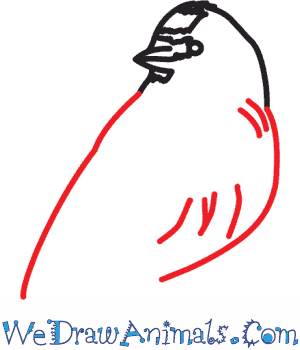 Step 3: Then, draw your bird's body. Connect one slightly curved line to the left side of your bird and to the other side, draw a shorter more rounded line for the bird's chest. Add several short lines to the right of your bird's body to act as its feathers. 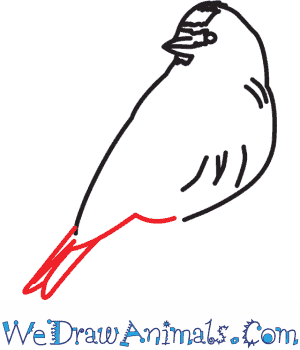 Step 4: Now draw the tail of your bird using two lines as you see them in the picture. 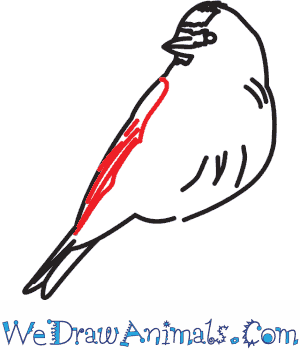 Step 5: Draw the wing of your bird by making several slightly curved lines that connect to the bird's back on the left side. 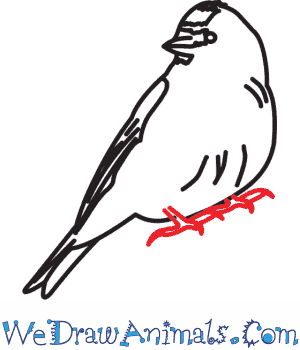 Step 6: The last step is to draw the Common Redpoll's two short legs and wide, pointed feet. Beneath its belly draw two short lines that connect in three points for the nails of the bird. For the second foot, do the same thing but make this leg shorter than the first.

Interesting Facts about the Common Redpoll

The common redpoll is a small songbird. It has a distinctive red crown on the top of its head. They are resistant to cold temperatures but migrate south due to the limited amount of food available in the winter. This bird grows from 11.5 to 14 centimeters in length, has a wingspan of 19 to 22 centimeters, and weighs 10 to 20 grams. The common redpoll eats seeds, grasses, and small invertebrates. This species can be found mainly in Europe, Asia, and North America.

Lesson plan note: Play bird sounds for your children to listen to (purchase recordings or search the internet). Then, have each child try to duplicate the sounds that they heard. Notice how species have different songs. Discuss the importance of bird songs. 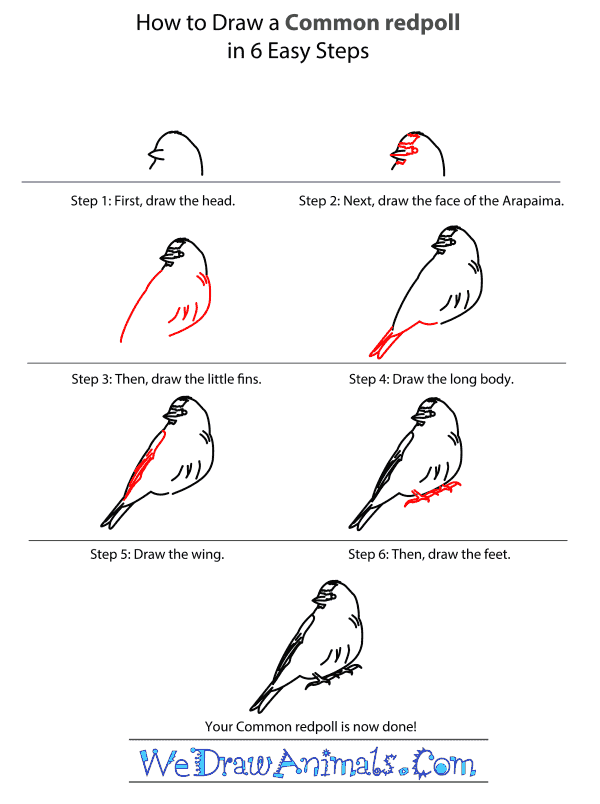 How to Draw a Common Redpoll – Step-by-Step Tutorial