How to Draw a Common Tern 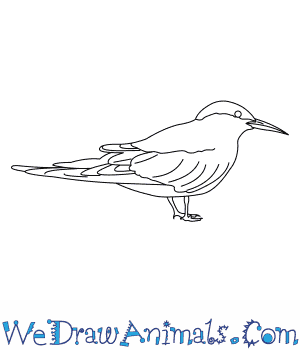 In this quick tutorial you'll learn how to draw a Common Tern in 6 easy steps - great for kids and novice artists.

At the bottom you can read some interesting facts about the Common Tern.

How to Draw a Common Tern - Step-by-Step Tutorial 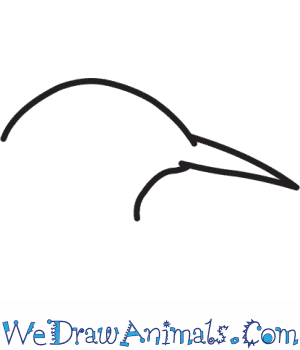 Step 1: For the head, draw one long curved line and one short curved line for the neck. Between these two lines, draw the bird's long skinny beak. 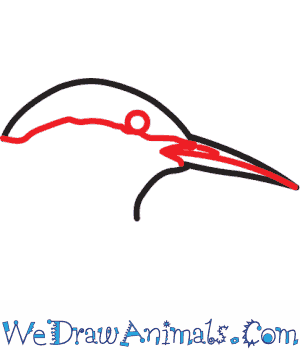 Step 2: Next, draw the face. Start with a line that connects from the top of the beak to the back of the head. On this line, draw an open circle for its eye. Add lines to the middle of the beak for the opening of your bird's mouth. 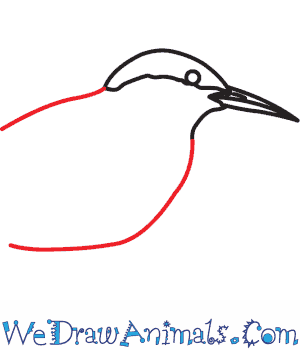 Step 3: Then, draw the body. The back of the bird should be a shorter, less curved line than the line you make for the chest and belly of the bird. 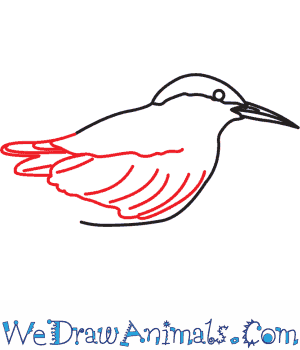 Step 4: To the back of the bird connect two small arches to a line that starts at the middle of the bird and follows the line of its chest. Add detail to this wing by drawing several curved lines along the entire wing. 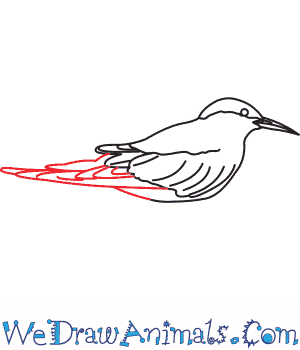 Step 5: Now draw the tail by making several long overlapping U shapes that connect at three points on your bird: the back, end of the wing, and the chest. Step 6: The last step is to draw two skinny lines from the bottom of your bird for the first leg. The foot should have a point at the back and the front for its toes. The foot furthest from you should slant more than the first and be drawn so that only the back of the foot can be seen from behind the first.

Interesting Facts about the Common Tern

The common tern is highly migratory and is found in Europe, Asia, North, Central and South America, and Africa. It has a slender body with long, pointed wings. This bird can grow 31 to 37 centimeters in length, have a wingspan of about 27 centimeters, and weigh 110 to 145 grams. The common tern feeds on small fish, insects, and crustaceans. This species catches its prey by plunge-diving. 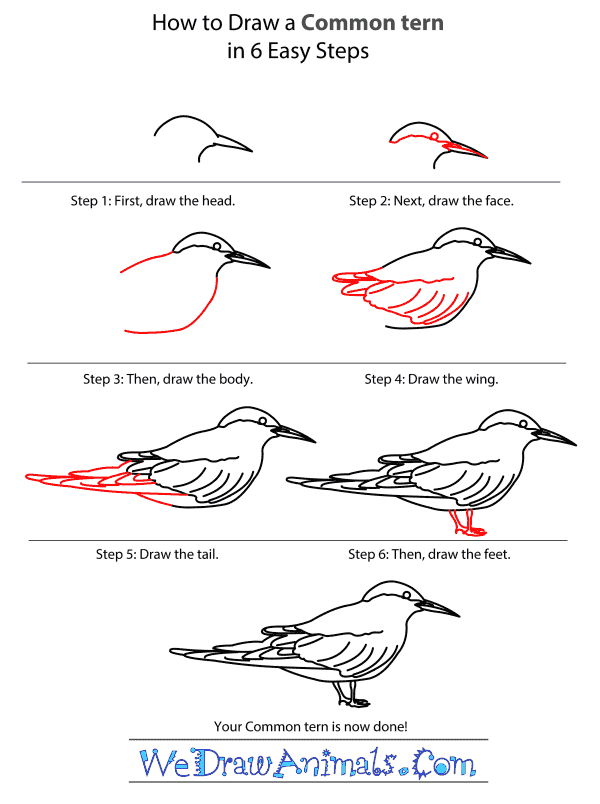 How to Draw a Common Tern – Step-by-Step Tutorial