How to Draw a Common Snipe 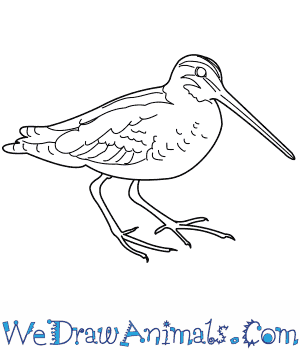 In this quick tutorial you'll learn how to draw a Common Snipe in 8 easy steps - great for kids and novice artists.

At the bottom you can read some interesting facts about the Common Snipe.

How to Draw a Common Snipe - Step-by-Step Tutorial 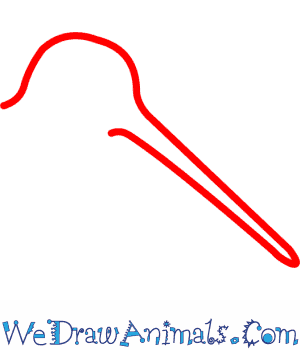 Step 1: To start the common snipe draw a very long thin "V" shaped beak. From the top of the beak line draw a round line to make the head. 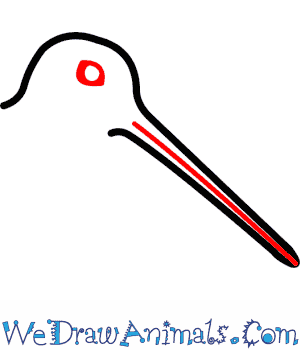 Step 2: Draw a long straight line from the tip of the beak to the end of the beak. In the middle of the head draw a large round eye. 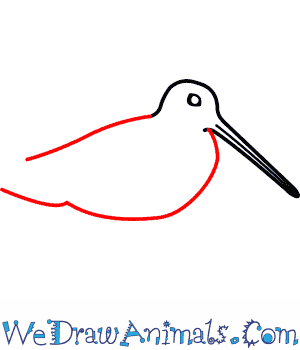 Step 3: Keep drawing the head line back on a diagonal angle. From the bottom of the beak draw a long, curved line down and to the left. This makes the belly line. 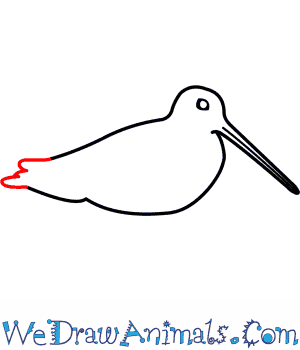 Step 4: Join the ends of those two lines with a squiggly line with three small bumps to make the tail. 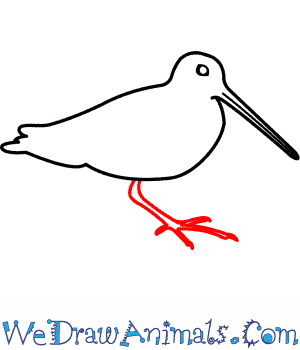 Step 5: Starting at the middle of the belly line draw two lines down and then bend them to the right to make the leg. At the bottom of the leg draw four toes. The middle toes are the longest. Make them all pointy. 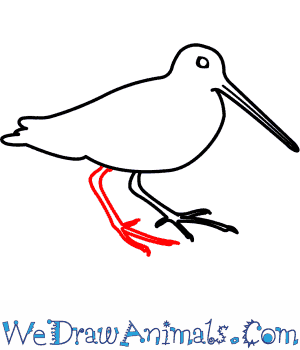 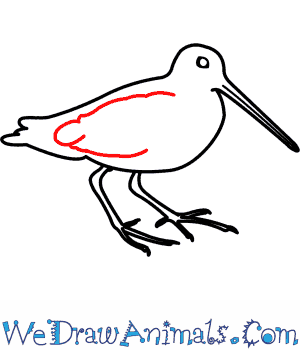 Step 7: At the bottom of the head line draw the wing down along the back line. Then curve back and follow the belly line to just above the front leg. 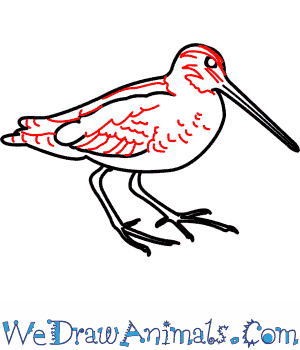 Step 8: There are a variety of squiggly lines on the wing, tail and head that make up the feather pattern.

The Common Snipe is a small wading bird with brown and white or straw-yellow plumage and a long, narrow bill that it uses to pluck worms out of soft marshy soil. Common Snipes grow to 25-27 centimeters long, have a wingspan of 44-47 centimeters and weigh 80-140 grams. They lay speckled brown and tan eggs that almost come to a point at one end.

The Common Snipe is not currently a threatened or endangered species. However, there are still threats to some local Common Snipe populations. In parts of Germany and England, for example, the increase in agriculture and field drainage has decreased snipe habitat to such an extent that local populations have gone extinct. The Common Snipe is also still hunted as a gamebird in many areas.

How to Draw a Common Snipe – Step-by-Step Tutorial