How to Draw a Corncrake 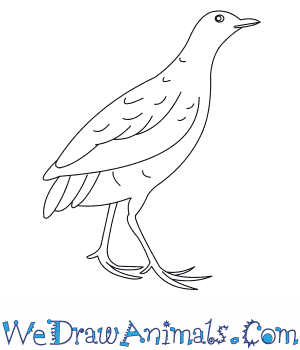 In this quick tutorial you'll learn how to draw a Corncrake in 7 easy steps - great for kids and novice artists.

At the bottom you can read some interesting facts about the Corncrake.

How to Draw a Corncrake - Step-by-Step Tutorial 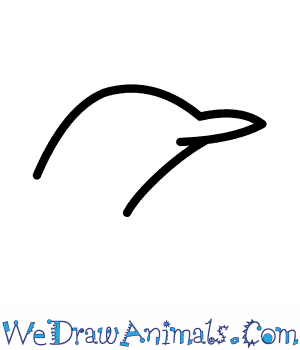 Step 1: Give your Corncrake a long round head by making two lines that connect into a short, slightly rounded beak. 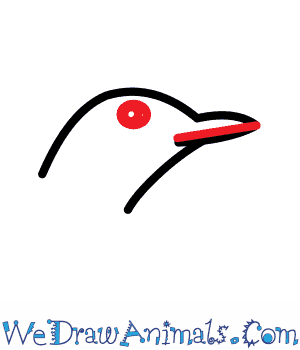 Step 2: Draw the large eye of your bird by making a circle that is nearly completely filled in at the top of its head. Draw a line on the beak for where it would open. 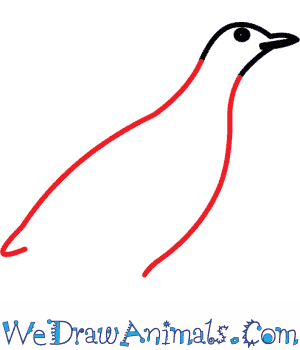 Step 3: Now draw the long body by making one line from the bird's neck that slightly curves out at the bottom and one longer line for the back of the bird that curves up into the bird's body at the end. 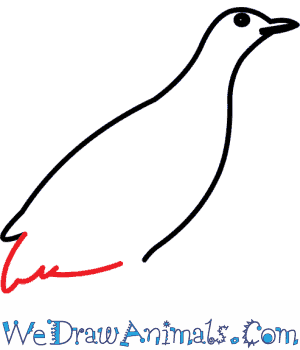 Step 4: Attach the tail to the end of the bird's back line and create several loops for the rounded tail feathers. 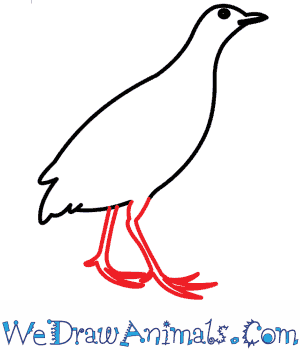 Step 5: Draw the bird's long skinny legs using two lines for each one that connect at the bottom into four points. There should be one point at the back of the feet and three longer points for the toes. 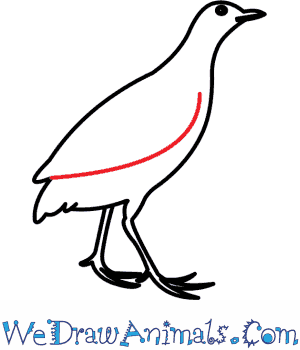 Step 6: The wing should be a simple curved line that connects from the tail up to the neck. 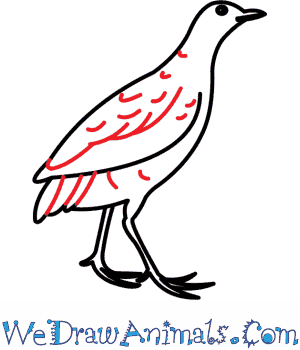 Step 7: The final step is to add the bird's feather pattern by drawing lines of various shapes and sizes like the ones seen in this picture.

Interesting Facts about the Corncrake

The corncrake (Crex crex) is a small to medium sized bird. Corncrakes breed across Europe and Asia, and migrate to Africa in the winter. Although their numbers have dwindled in the UK, they are still common in Asia.

Lesson plan note: Discuss how the color of the corncrake and its chosen nesting grounds would work together to help this usually secretive bird remain safe from predators. 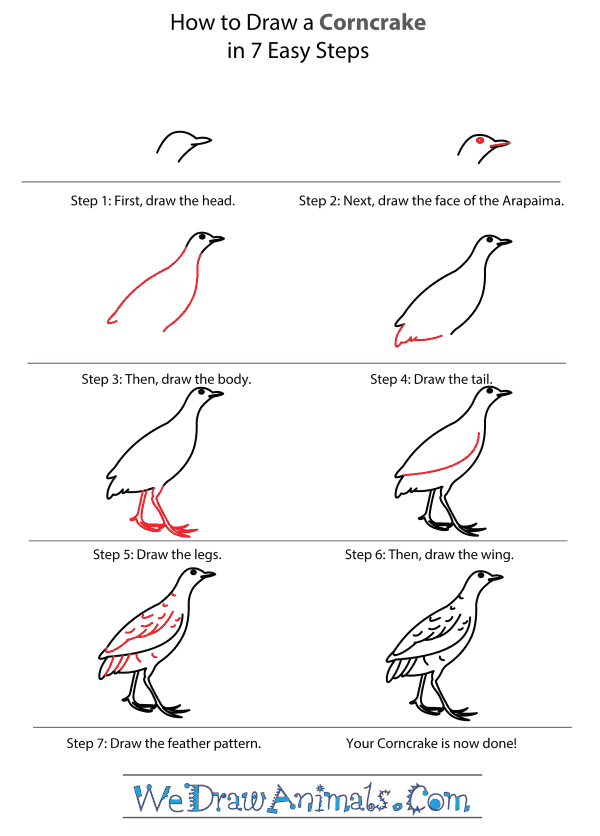 How to Draw a Corncrake – Step-by-Step Tutorial