How to Draw a Bornean Orangutan 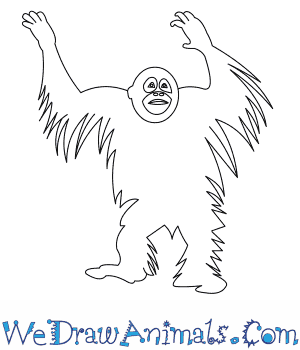 In this quick tutorial you'll learn how to draw a Bornean Orangutan in 7 easy steps - great for kids and novice artists.

At the bottom you can read some interesting facts about the Bornean Orangutan.

How to Draw a Bornean Orangutan - Step-by-Step Tutorial 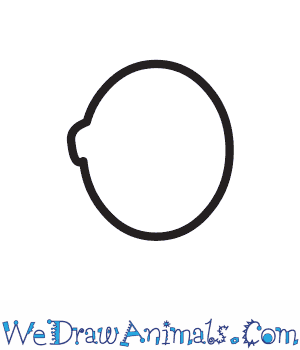 Step 1: First, draw a circle for the head. On the left side, draw a small C shape for the orangutan's ear. 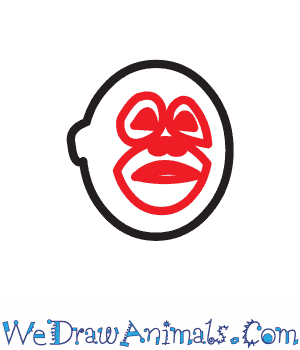 Step 2: Next, draw the face by making two circles for the eyes with smaller circles in each eye. Draw a larger circle for the mouth with an oval in the middle for the opening of the mouth. For the nose, simply make two dots. 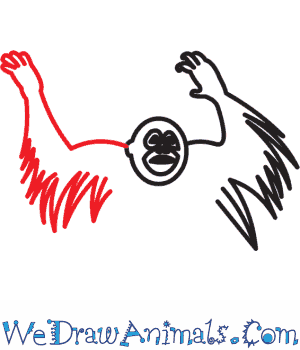 Step 3: Then, draw an arm extending from the side of the orangutan's head. Create the long shaggy hair underneath the arm by bringing many lines down into points. 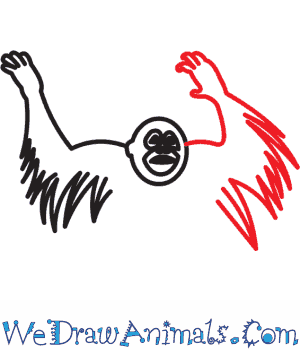 Step 4: Follow the same process for the next arm. On this hand, draw a small thumb coming from the left side of the hand. 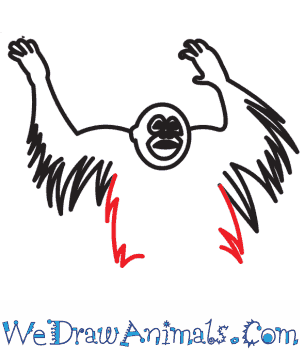 Step 5: Draw the body by dragging two lines up and down into points for the shaggy hair on the body. 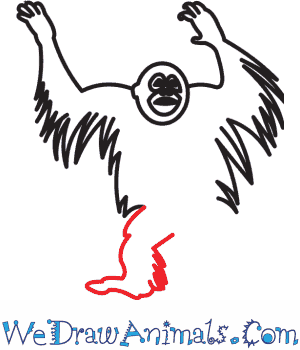 Step 6: Then, draw the orangutan's thick leg with lines that are similar to the ones you made for the body hair. The foot should point to the left and should be arched. 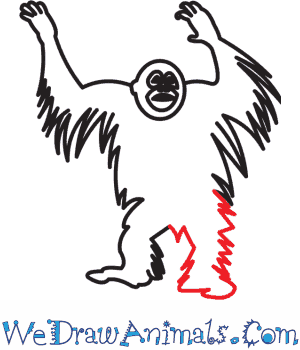 Step 7: Draw the second leg in the same way, but have this leg's foot point in the opposite direction. Your Bornean orangutan is now complete! Bring it to life by adding an orange color to the fur.

Interesting Facts about the Bornean Orangutan

Lesson plan note: Discuss the similarities between orangutan and human behavior and appearance, how humans view great apes and how our outlook of them can affect conservation efforts. 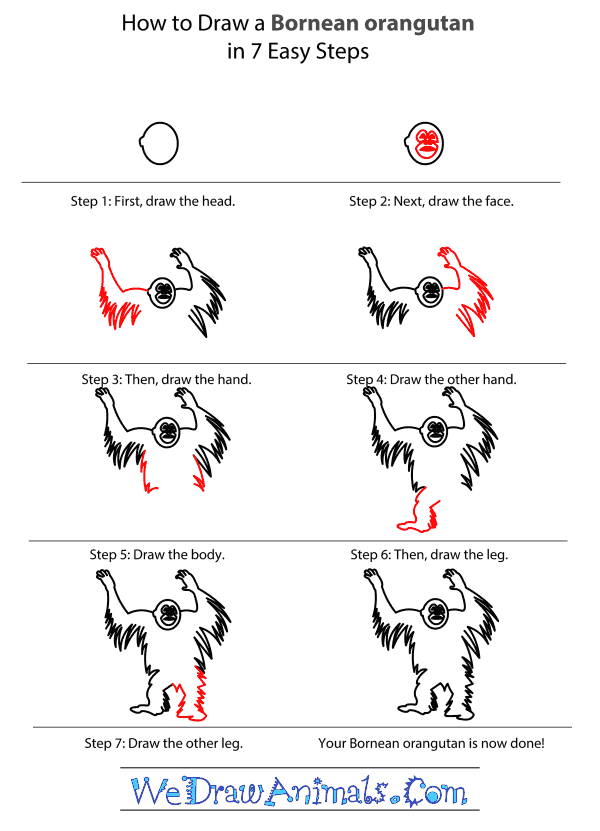 How to Draw a Bornean Orangutan – Step-by-Step Tutorial