How to Draw a Cute Jay 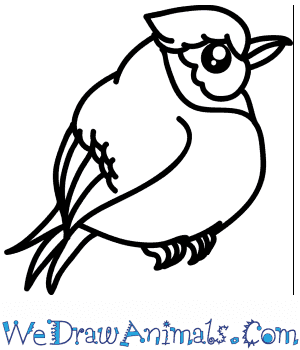 In this quick tutorial you'll learn how to draw a Cute Jay in 7 easy steps - great for kids and novice artists.

At the bottom you can read some interesting facts about the Cute Jay.

How to Draw a Cute Jay - Step-by-Step Tutorial 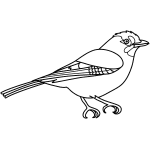 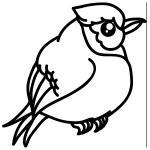 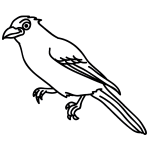 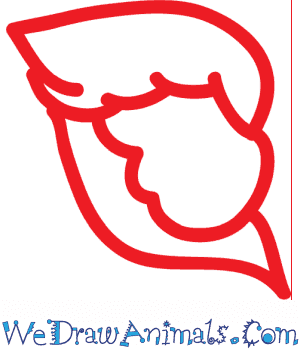 Step 1: First, you'll draw the roughly rectangular head with a lumpy wing-like shape along one side in the middle and two extended points opposite one another in the lower right and upper left. 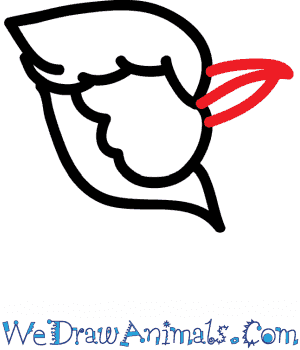 Step 2: Next draw the thin beak with a slight curved point on the upper part beside the wing-like area of the head. 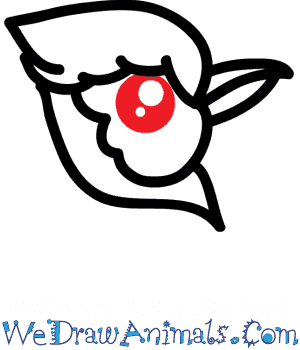 Step 3: Then you'll draw in the round eye in the upper part of the wing-like area of the head. 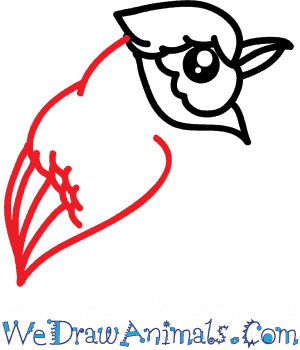 Step 4: After that, you'll draw the wing with four longer feathers near the tip and a wavy line above them for the smaller feathers on the upper wing. 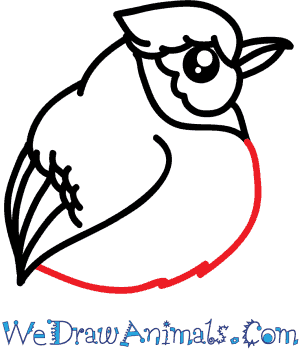 Step 5: Then you'll draw a semi-circle between the wing and the lower part of the head for the belly. 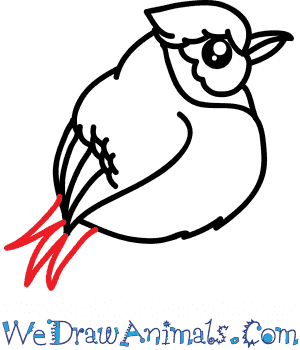 Step 6: Next, draw three spiky tail feathers below the wing. 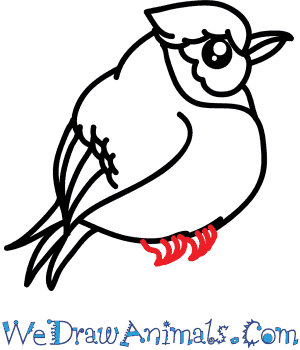 Step 7: Finally, you'll draw the small feet and curled toes under the belly. 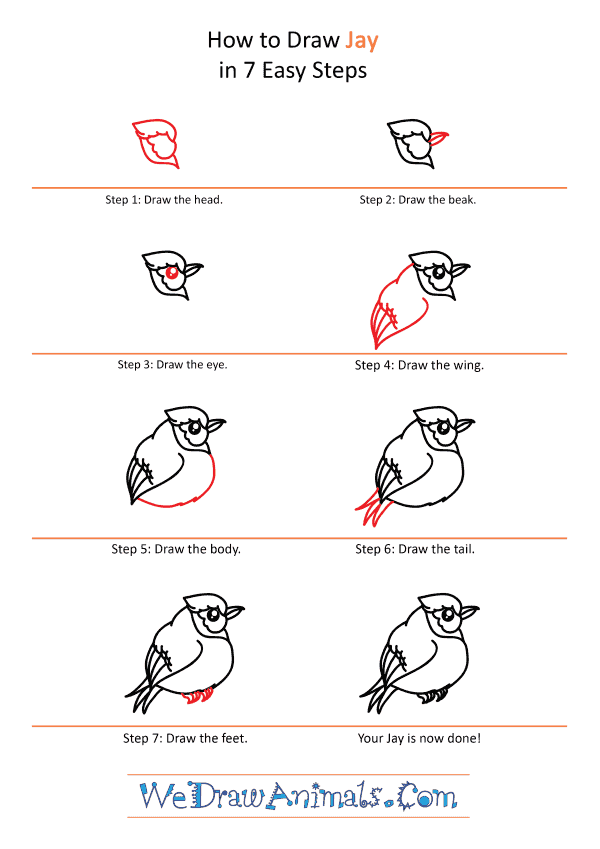 How to Draw a Cute Jay – Step-by-Step Tutorial