How to Draw a Dark-Eyed Junco 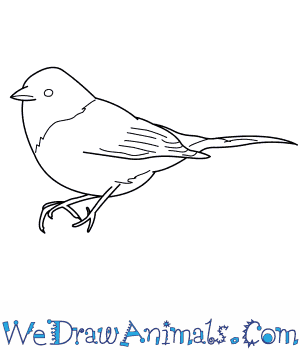 In this quick tutorial you'll learn how to draw a Dark Eyed Junco in 7 easy steps - great for kids and novice artists.

At the bottom you can read some interesting facts about the Dark Eyed Junco.

How to Draw a Dark Eyed Junco - Step-by-Step Tutorial 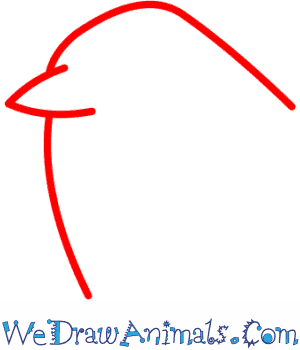 Step 1: Draw the head and beak first. The head is a large almost-upside-down "U". The sharp triangular beak is on the top left side of the head. 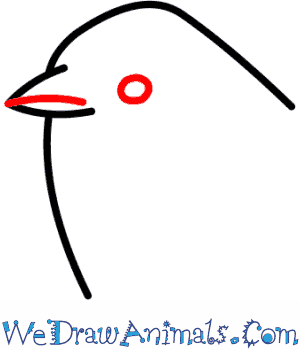 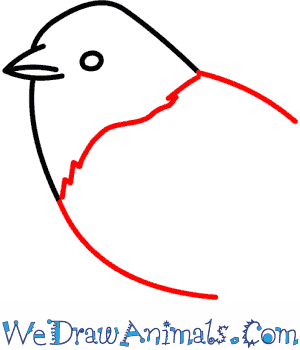 Step 3: There is a squiggly line between the bottom of the two head lines. Continue the bottom head line down into the body line. It curves to the left and then curves down and to the right. The top of the head line continues across to the right. 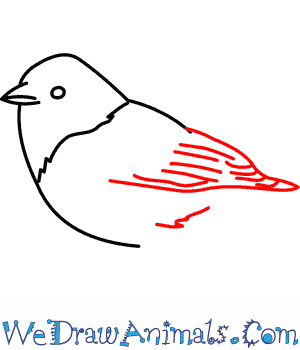 Step 4: From the end of the back line draw the top of the "V" shaped wing. Take the bottom line of the wing back to halfway between the back and the body lines. Draw several straight lines along the wing to make the feathers. 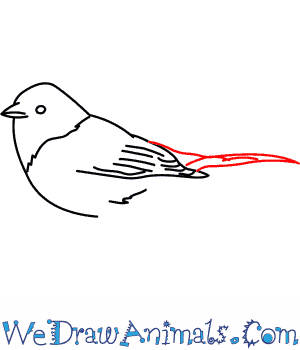 Step 5: Extending back from the tip of the wing draw a very long thin pointy tail. Bring the top line of the tail back to the top of the wing line. 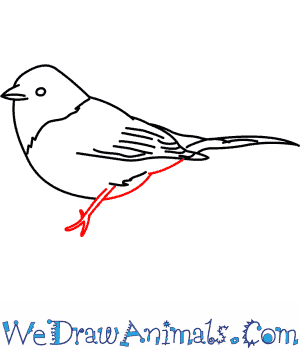 Step 6: Draw two legs down at the end of the body line to make the front leg. At the bottom of the leg draw the foot with three thin toes. Continue the body line back curved upward to join with the back of the wing line. 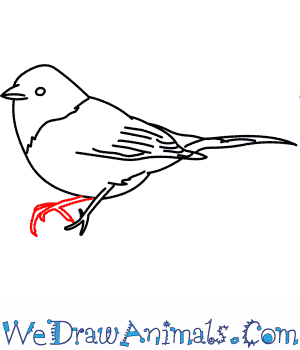 Step 7: To the left of the leg lines draw two more thin lines to make the other leg. Add three long toes that curve down into points.

The Dark-Eyed Junco is a medium species of sparrow with mostly grey plumage, although there is a lot of variation in coloration. Some adults have a very dark grey or even black hood of color over their head, shoulders and chest with a lighter grey or grey-brown body and pale belly, while others are slate-colored more uniformly except for their white belly. The Dark-Eyed Junco grows from 13 to 17.5 centimeters, has a wingspan of 18025 centimeters and can weigh from 18-30 grams.

The Dark-Eyed Junco is spread widely throughout Canada, the United States and Mexico and in some parts of the Caribbean. It is not currently in danger of extinction. However, the sub-species population on Guadalupe Island, off the Baja Peninsula in Mexico, faces threats from over-grazing of its habitat by goats and attacks from feral cats. Aside from this, the Dark-Eyed Junco continues to live and breed in the forests of North America without discernible threat. 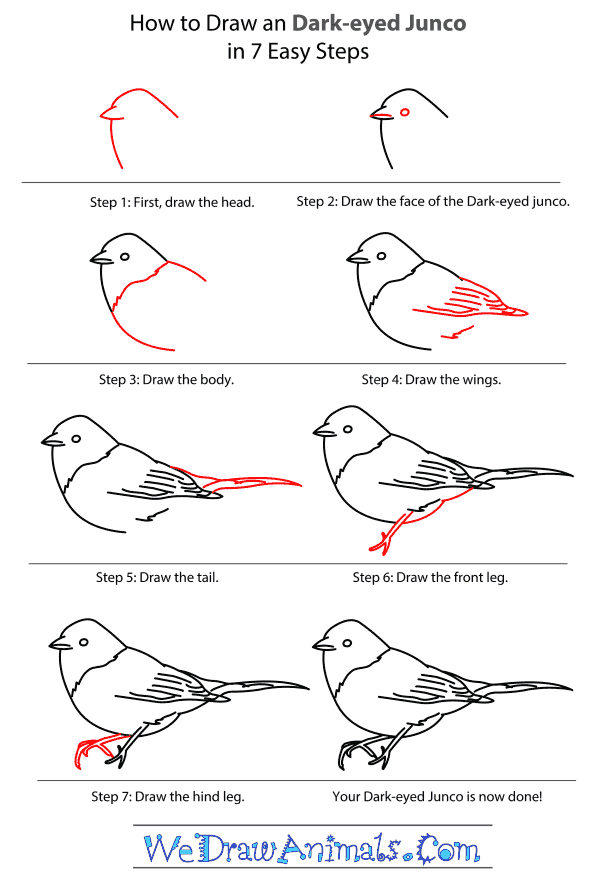 How to Draw a Dark-Eyed Junco – Step-by-Step Tutorial