How to Draw a Dassie 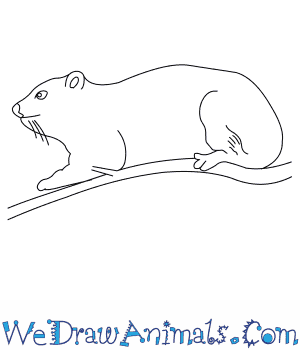 In this quick tutorial you'll learn how to draw a Dassie in 6 easy steps - great for kids and novice artists.

At the bottom you can read some interesting facts about the Dassie.

How to Draw a Dassie - Step-by-Step Tutorial 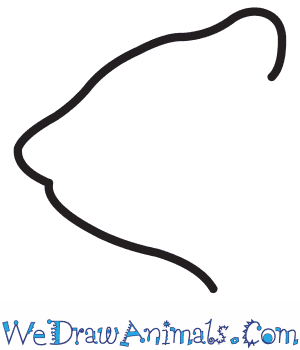 Step 1: First, draw the head of the Dassie by making one line that arches in several places for the mouth, nose, and ear. 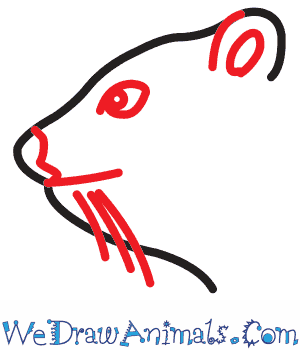 Step 2: Next, draw the face. Make a straight line for the mouth, a curving line that connects to both sides of the head for the nose, an almond-shaped eye, and add details to the ears and whiskers to the lower part of the Dassie's face. 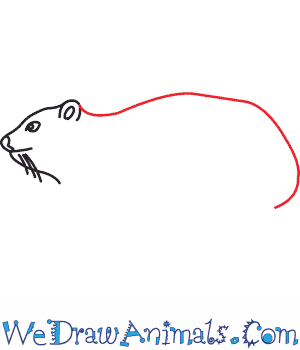 Step 3: Then, draw the long arching back of your animal. Be sure to bend this line even more towards the back for the rump. 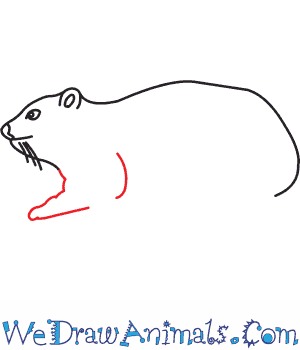 Step 4: Draw the front leg using one short curved line for the upper arm and one longer, bent line for the lower part. 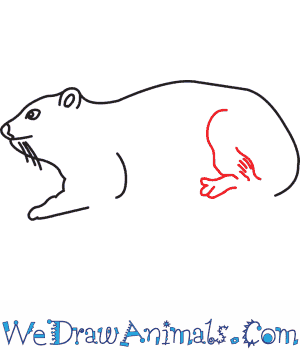 Step 5: Draw the hind leg. Have this one start near the upper line you made for the back. slightly shorter than the front leg using the same shapes you did for the first leg. The foot should be small and have three round toes. 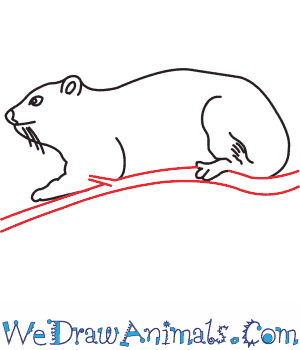 Step 6: The last step is to give your Dassie a branch to rest on. Draw two lines for the branch that are right beneath its body and them end further out than the front and back of the Dassie's body.

Interesting Facts about the Dassie

The Dassie is a rock hyrax. They can be found in Africa and the Middle East. Dassies are similar to rabbits, but they have short, rounded ears. They also have feet with flattened nails and a short tail. Dassies live in rocky outcrops, cliffs, and forests. The rainy season gives rise to a peak in dassie birth rates. One to four babies are born and are weaned by the age of one to six months. Usually family groups form with one adult territorial male. The dassie uses its strong molars to grind up tough vegetation. They will eat grass, fruits, and leaves. They are covered in short brown fur and have a lighter underbelly.

Lesson plan note: Draw and cut out pictures of the dassie. Distribute copies to each student. Have each student color their dassie with markers, crayons, or colored pencils. Then, hang all of the dassies on the classroom bulletin board. 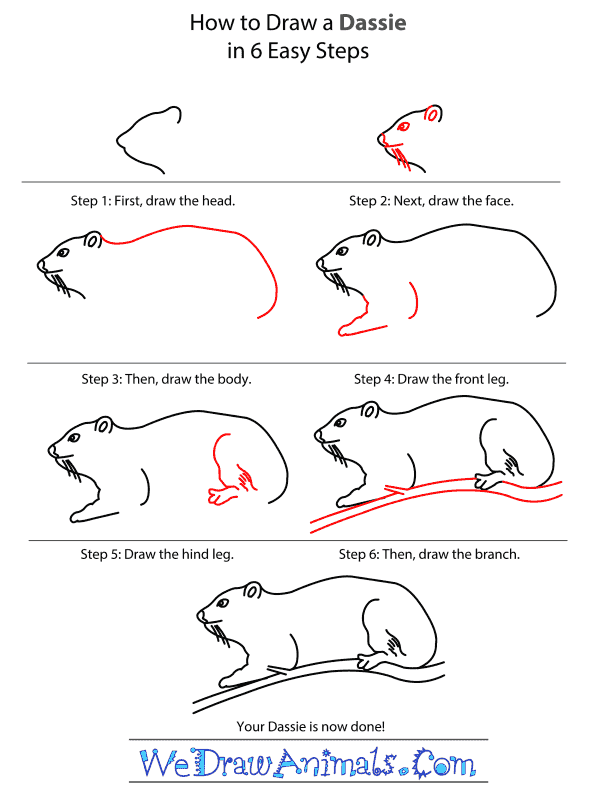 How to Draw a Dassie – Step-by-Step Tutorial