How to Draw a Dunnock 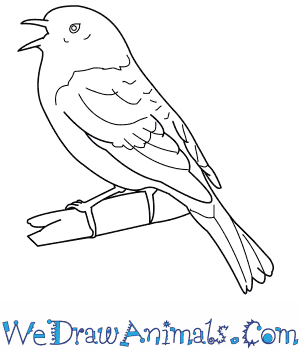 In this quick tutorial you'll learn how to draw a Dunnock in 9 easy steps - great for kids and novice artists.

At the bottom you can read some interesting facts about the Dunnock.

How to Draw a Dunnock - Step-by-Step Tutorial 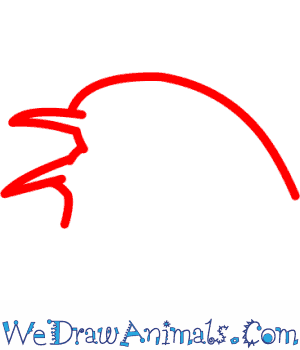 Step 1: To start the dunnock draw the top curve of the head. It looks like a wide upside down "U". Along the left side of the head draw two triangle shapes so that it looks like the beak is open. 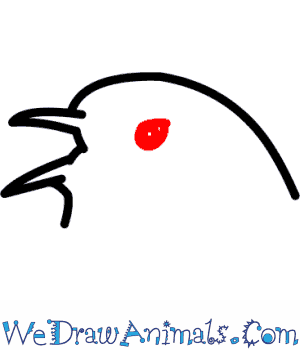 Step 2: Just below the top of the head curve draw a large round eye. 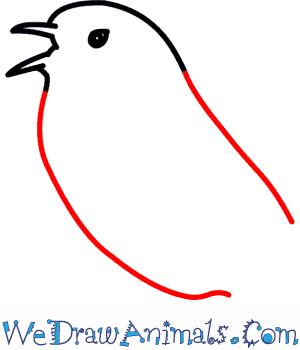 Step 3: Continue the right head line down on a right diagonal line. The left side of the head line extends down in a round curve to the right. 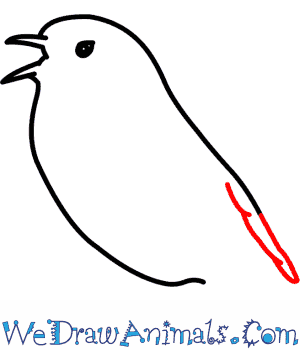 Step 4: At the bottom of the right back line draw a thin hook shaped loop to make the wing. 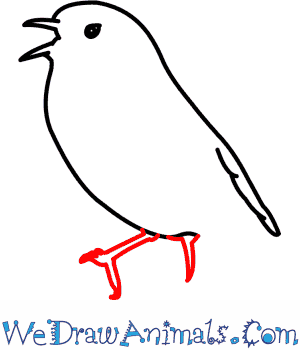 Step 5: Along the very bottom of the curved left body line draw two lines to make the leg. At the end of the leg draw two toes with pointy claws. One points sideways and the other points down. To the right of that leg add another long thin pointy toe. This is all you see of the other leg. 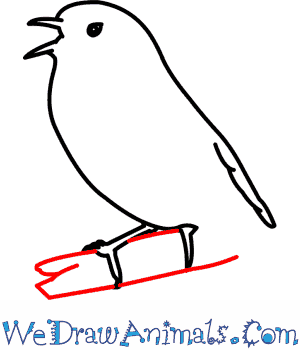 Step 6: Between the pointy toes draw two lines. These make the thick branch that the dunnock is perched on. 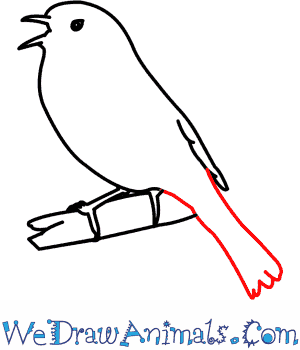 Step 7: Continue the right and left body lines down on an angle to make the tail. It has four small bumps at the very end. 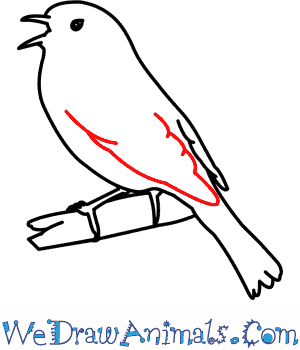 Step 8: Just to the left of the right wing start the left wing line. Draw three small bumps and then curve it back up toward the head. 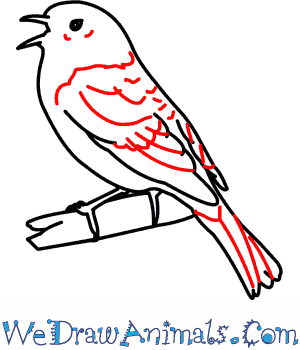 Step 9: Finally, draw the lines on the body to make the feather markings. They are long and squiggly. There is a curvy line just below the head.

The Dunnock is a small and widespread perching bird found throughout Asia and Eurpoe. It’s name come from the Ancient British word dunnakos, which means “little brown one.” The Dunnock usually measures 13.5 to 14 centimeters and can be found in gardens, parks, woodlands and upland forests. Its diet is mostly insect-based, but also includes small seeds.

The Dunnock currently appears to be very abundant and is frequently seen in Europe. It is listed as a species of Least Concern by the IUCN. However, research suggests that common bird populations may have actually dropped drastically in the past three or four decades. Increased farming, urbanization and industrial development are all threats to the survival of once-common bird species.

How to Draw a Dunnock – Step-by-Step Tutorial