How to Draw a Fishing Cat 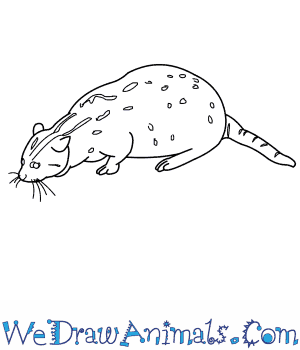 In this quick tutorial you'll learn how to draw a Fishing Cat in 9 easy steps - great for kids and novice artists.

At the bottom you can read some interesting facts about the Fishing Cat.

How to Draw a Fishing Cat - Step-by-Step Tutorial 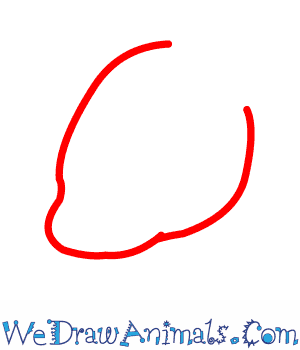 Step 1: First, draw the head. It looks like a crooked "V" with a round bump at the tip. 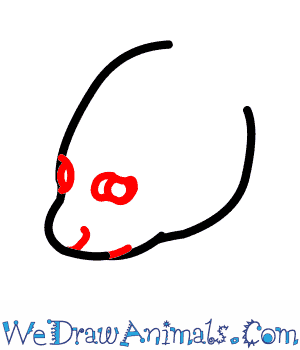 Step 2: At the very tip of the bottom bump draw a short curved line to make the nose. At the end of that line draw a round black eye. Just to the left of it draw a half an eye against the head line. 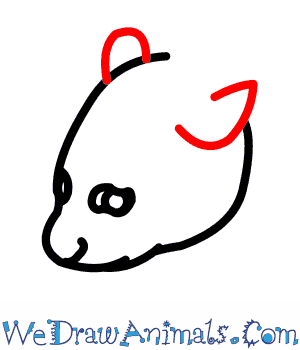 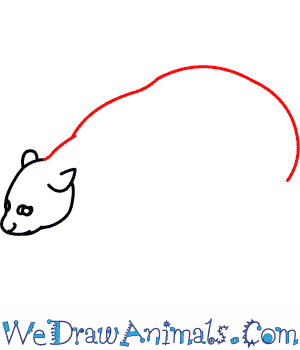 Step 4: From the tip of the top head line draw a long, line up on an angle. Then curve it down in a large arc to make the rump. 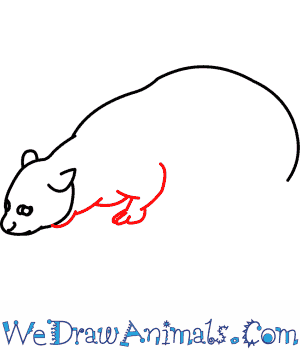 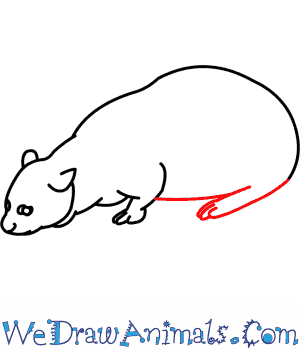 Step 6: Continue the rump line down and to the left into the long back leg. The foot has another three toes at the end. Then draw a line joining the top of the back leg to the middle of the front leg. 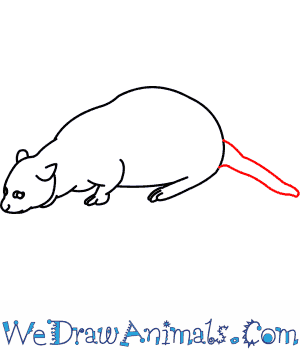 Step 7: At the right side of the rump line draw two thick lines to make the tail. It angles down and comes to a point at the end. 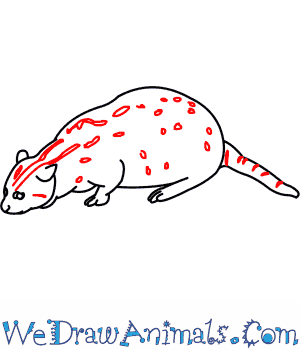 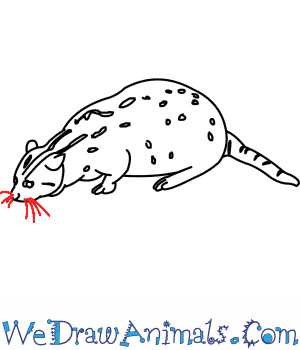 Step 9: Finally, draw four whiskers on either side of the snout. The right whiskers are slightly longer than the left whiskers.

The Fishing Cat is a medium-sized wild cat, about twice the size of a domestic feline, with olive grey fur and dark spots that run in horizontal lines across its body and black rings around its tail. The Fishing Cat is muscular and stocky, has a longish face, and has tiny ears set far back on its head. When grown, the Fishing Cat weighs 5-16 kilograms, with a body length of 57-78 centimeters and a tail of an additional 20-30 centimeters. They live in the Asian countries of India, Nepal, Bangladesh, Sri Lanka and Indonesia.

The Fishing Cat is an endangered species. In the past ten years alone, the population of Fishing Cats throughout Asia has experienced a sharp decline. The wetland habitats preferred by the Fishing Cat have been converted, damaged and settled by humans. Another major threat to this species is illegal poaching.

How to Draw a Fishing Cat – Step-by-Step Tutorial

Next post: How to Draw a Giant African Snail