How to Draw a Fire Coral 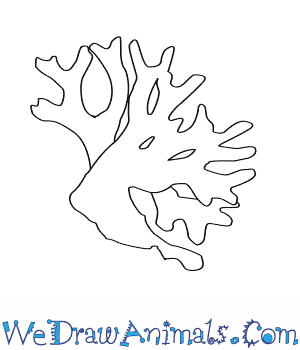 In this quick tutorial you'll learn how to draw a Fire Coral in 4 easy steps - great for kids and novice artists.

At the bottom you can read some interesting facts about the Fire Coral.

How to Draw a Fire Coral - Step-by-Step Tutorial 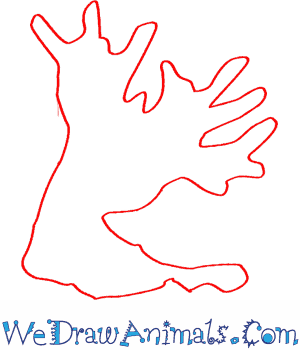 Step 1: Start by drawing a wavy horizontal line. From one end, draw a line straight up and an angle that points up and inward from the opposite end. Connect the free ends of these two lines with a line that curves up and down, making several long, rounded prongs. 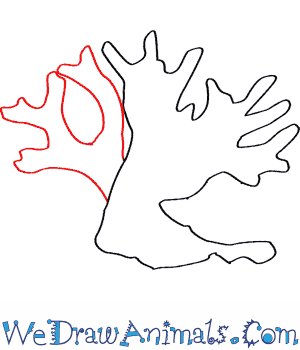 Step 2: On one side of the main part, draw a similar curving line to create more prongs. 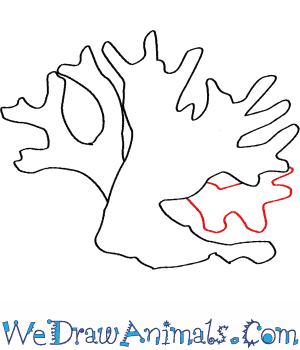 Step 3: Repeat step 2 on the opposite side of the body. 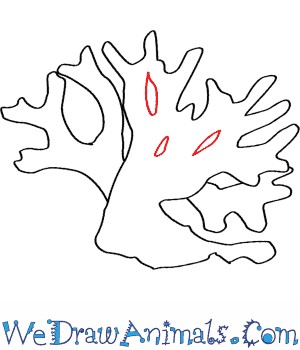 Step 4: Add a few ovals in the main part of the body so that it looks like there are gaps in it. You have drawn a fire coral! You can color it a bright yellow. This creature is not actually coral. Coral is in the class Anthozoa, but this creature is in the class Hydrozoa. It gets its common name because it looks so much like coral. Be careful! Touching fire coral causes a painful burning sensation that can last weeks. Fire coral lives off of prey captured in its body and by absorbing nutrients from algae it has a symbiotic relationship with.

Fire coral is found commonly in shallow reefs where a lot of sunlight is available. A variance also exists on the flow of water. In a strong current, the coral may thrive in abundance and might also face edges of reefs.Fire coral are not an actual coral but instead a hydrozoa with two different life forms. It can vary in shapes such as in a light current it can grow in long thin strand where it forms a lattice. In a stronger current, the coral will grow thick strong branches and in very strong currents, coral will grow to form a thin crust.

They can capture prey as well as work with algae to gain nutrients.Reproduction in fire coral is like the way of jellyfish, where polyps are sent into the water in a cup like structure called ampullae. The eggs will be fertilized in water where they will become free swimming larvae. They will then settle on the ground and form a new colony. 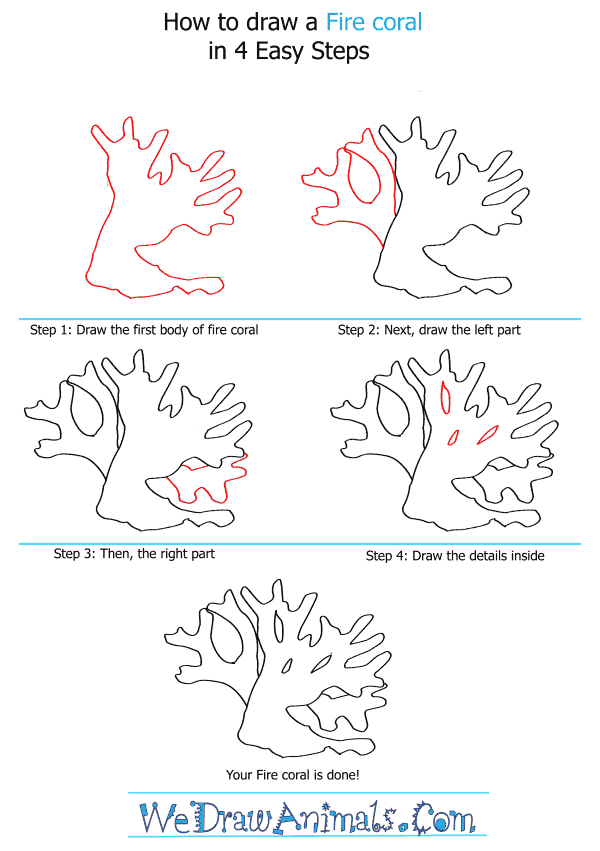 How to Draw a Fire Coral – Step-by-Step Tutorial