How to Draw Odie From Garfield 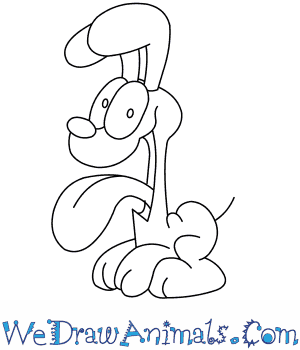 In this quick tutorial you'll learn how to draw Odie From Garfield in 6 easy steps - great for kids and novice artists.

At the bottom you can read some interesting facts about the Odie From Garfield.

How to Draw Odie From Garfield - Step-by-Step Tutorial 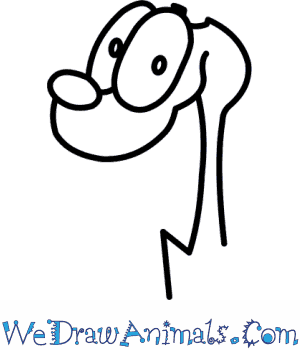 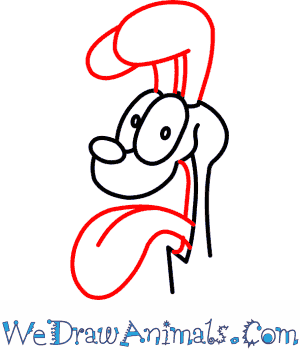 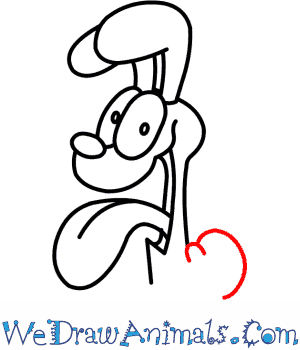 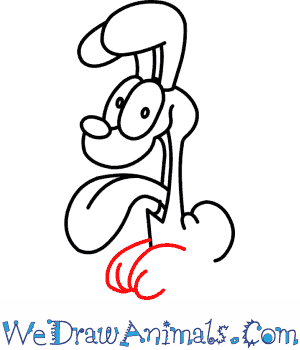 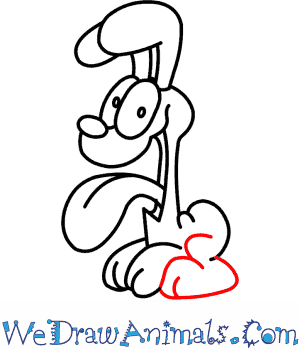 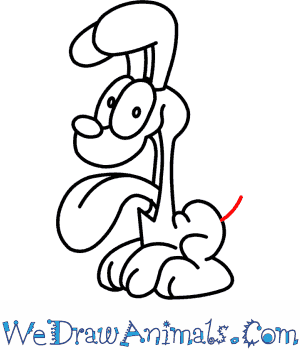 Interesting Facts about Odie from Garfield

Odie is a main character of the “Garfield” series, starting with comics and eventually appearing in TV shows and movies. Odie first appeared in the cartoon strip in 1978, eventually becoming a pet to Jon Arbuckle. Although his species is supposed to be a beagle/dachshund mix, he is a yellow dog with brown ears and a large tongue. He is stereotypical of a dumb-but-lovable dog, often being mistreated or tricked by Garfield.

Unlike Garfield, Odie is considered more of a “normal” house pet, and doesn’t speak through thought bubbles or walk on two legs. Perhaps because of this, Garfield often plays tricks on him. However, Odie is shown to get revenge on Garfield every once and a while, and Garfield shows when he truly cares about Odie. 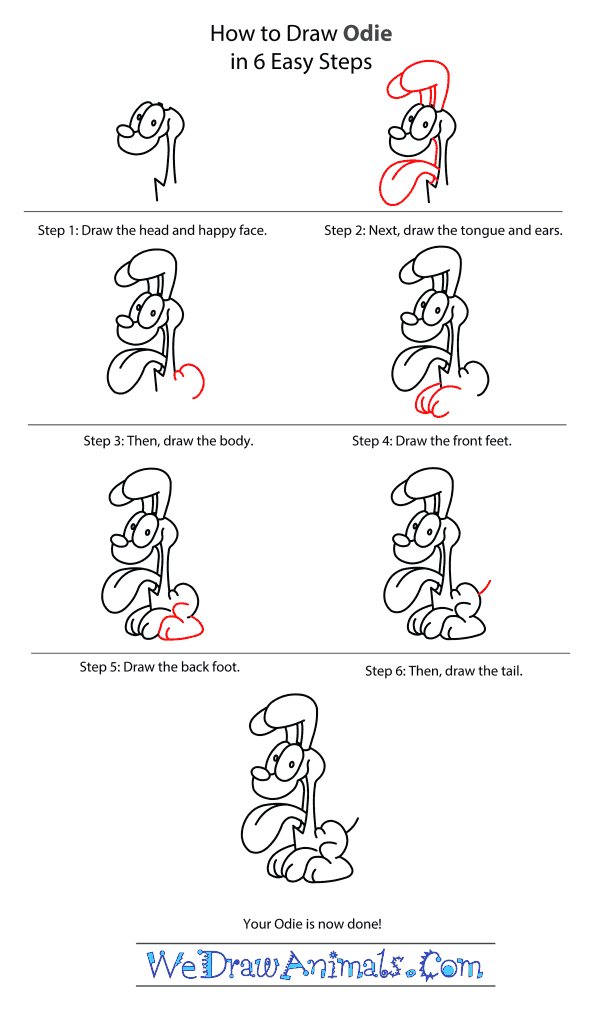 How to Draw Odie From Garfield – Step-by-Step Tutorial

Previous post: How to Draw Dino From The Flintstones