How to Draw a French Angelfish 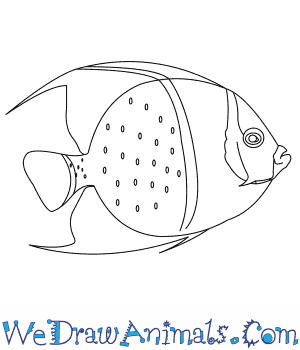 In this quick tutorial you'll learn how to draw a French Angelfish in 6 easy steps - great for kids and novice artists.

At the bottom you can read some interesting facts about the French Angelfish.

How to Draw a French Angelfish - Step-by-Step Tutorial 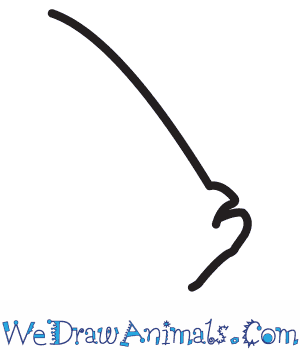 Step 1: Draw a line with a slight indent for the head and mouth 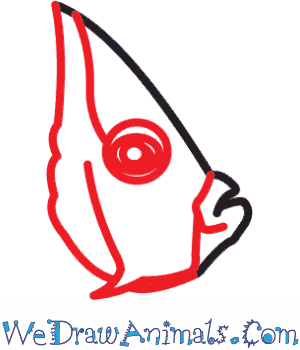 Step 2: For the face, draw a line for the neck, and another line for the bottom of the face. Add a small, blackened out eye 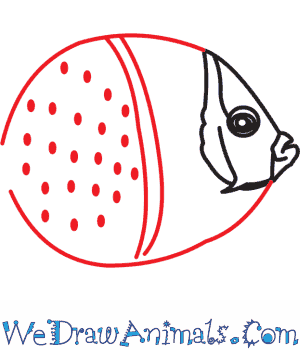 Step 3: Draw the rest of the body. Make a large circle the starts and ends at the face, and then draw lines down the middle of the body. On the left half, fill in he space with dots. Leave a space at the back for a tail 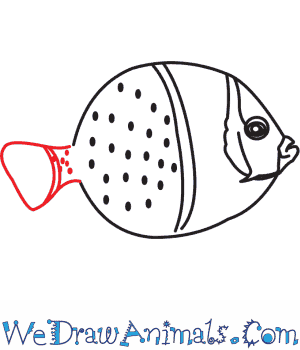 Step 4: Now draw the tail using the space you made earlier. Divide it the same way you did with the body, except, this time, the dots go on the right. 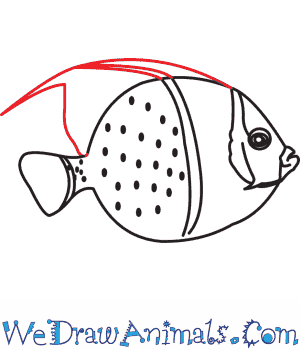 Step 5: next you'll draw the upper fin. The top curves the entire way, and joins with bottom line, which goes mostly straight up 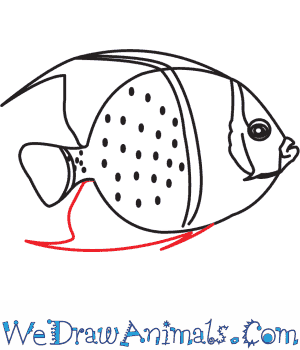 Step 6: Now draw the lower fin, which is almost the same as the upper fin

Interesting Facts about the French Angelfish

The French angelfish is found next to coral reefs along both sides of the Atlantic. Its body is a dark blue with yellow stripes that fade to gray as adults, and its eyes are rimmed in yellow and white. This is a semi-aggressive fish that thrives in water temperatures between 72 to 78 degrees Fahrenheit. The French angelfish is an omnivore. They eat algae, detritus, parasites, sponges, hydroids, and coral. They seek coverage at night and usually return to the same spot every night. Adult French angelfish can reach a length up to 41.1 centimeters. Male and Female French angelfish release sperm and eggs simultaneously into the water, and the eggs develop in floating plankton.

Lesson plan note: Give each student an old compact disc (CD) that no longer works or is needed. Cut out various circles for scales and triangles for fins. Give each child an assortment of circles and triangles and have them glue them onto their CD to form a fish. Glue a googly eye onto the fish to complete it. Tie string through the hole of the CDs and hang on the ceiling. 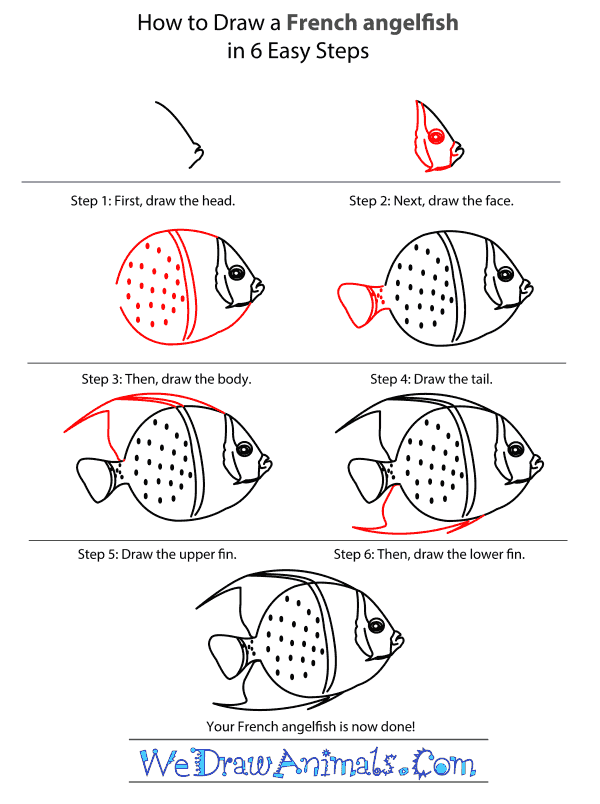 How to Draw a French Angelfish – Step-by-Step Tutorial