How to Draw a Fungus Gnat 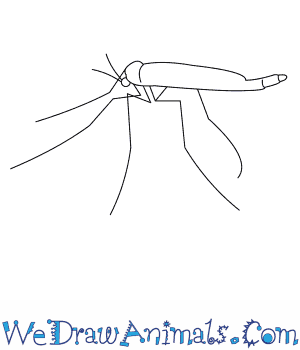 In this quick tutorial you'll learn how to draw a Fungus Gnat in 6 easy steps - great for kids and novice artists.

At the bottom you can read some interesting facts about the Fungus Gnat.

How to Draw a Fungus Gnat - Step-by-Step Tutorial 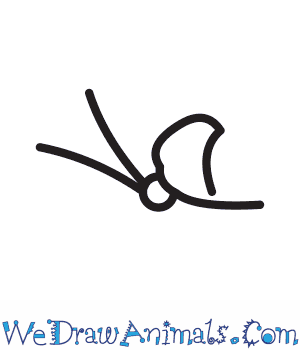 Step 1: To draw the head, draw a circle for the eye, and two attenas. Then draw a line that starts straight and then curves around, make a flat circle 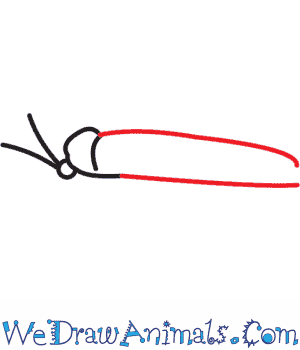 Step 2: Draw the long body, and make sure to leave a space for the tail 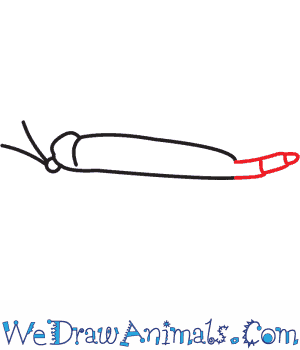 Step 3: Using the space, draw the tail, which is divided into two smaller sections. 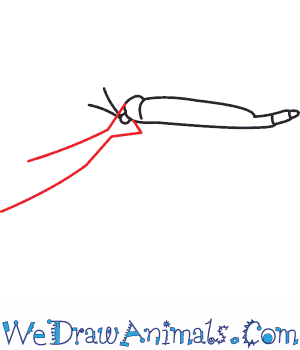 Step 4: Draw the front legs, which are thin lines that come out of the head. 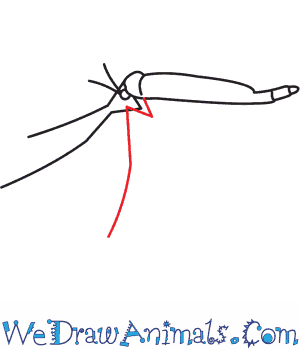 Step 5: Draw the middle legs, which come out of the neck. 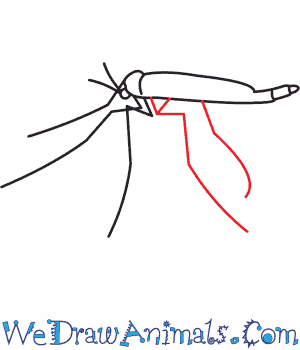 Step 6: Finally, draw the back legs, which are similar to the front legs but are positioned right behind the middle leg and about the middle of the gnat.

Interesting Facts about the Fungus Gnat

The fungus gnat is also known as a glowworm. It is endemic to New Zealand and lives in canyons, forests, old mining tunnels, or caves. Special organs in the fungus gnat help them glow by using bioluminescence. A fungus gnat can glow at all stages of its life, except as an egg. There are four life stages of the fungus gnat: egg, larva, pupa, and adult fly. Eggs hatch three weeks after they are laid. Then, the young larva hangs down from a cave surface. The pupa or cocoon stage lasts for about two weeks. Afterwards, an adult fly emerges. Larva fungus gnats need damp places to live in order to construct their snares. These snares are sticky and trap the prey of the fungus gnat. The light of a glowworm attracts their prey which flies towards it and become trapped in the snare. The long-legged harvestman is the main predator of the fungus gnat when it is in the larva stage. Another predator at this stage is a white fungus.

Lesson plan note: Older children can research animals that use bioluminescence. This is an interesting topic that will entertain children for hours. Younger children can pretend to be a fungus gnat in a larval stage by using glow sticks. Give each student a glow stick. Turn off the lights and watch them glow. Have the students act like prey and become attracted to their peer’s glow stick. 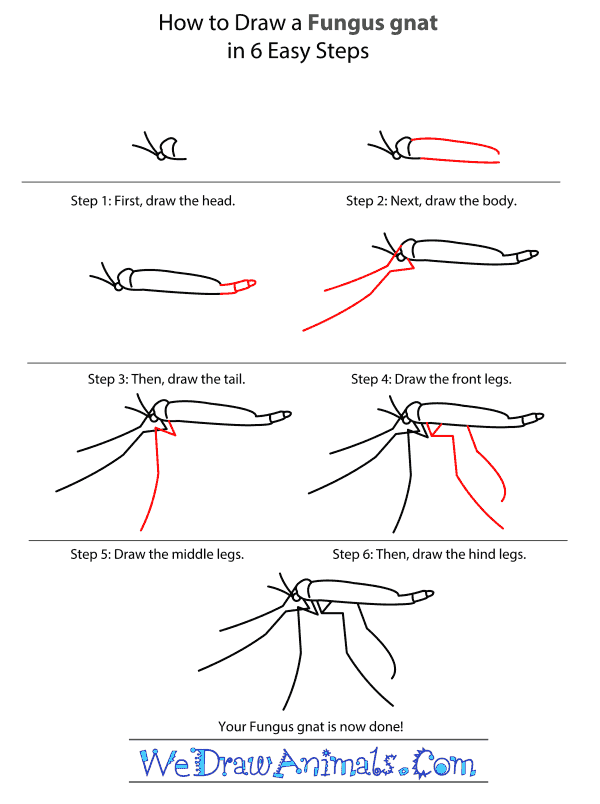 How to Draw a Fungus Gnat – Step-by-Step Tutorial