How to Draw a Freshwater Shrimp 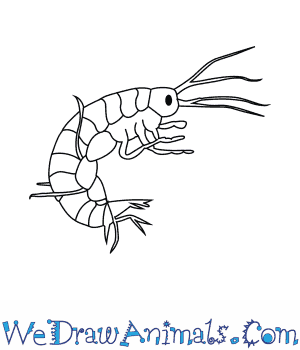 In this quick tutorial you'll learn how to draw a Freshwater Shrimp in 6 easy steps - great for kids and novice artists.

At the bottom you can read some interesting facts about the Freshwater Shrimp.

How to Draw a Freshwater Shrimp - Step-by-Step Tutorial 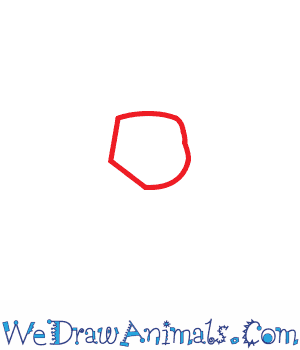 Step 1: First, draw a rounded pentagon shape (shape with five points and five sides) for the head of the Freshwater Shrimp. 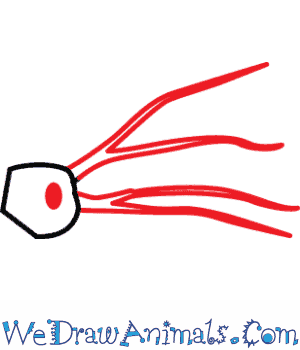 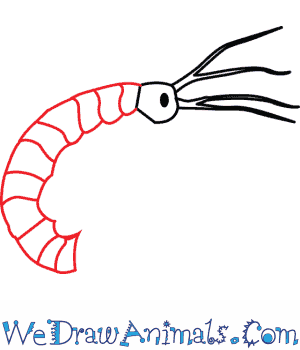 Step 3: Draw the curved upper part of the shrimp’s body using a big C-shaped line and add the details of the layers or segments using small curved lines. Each layer does not need to be of the same shape or size. 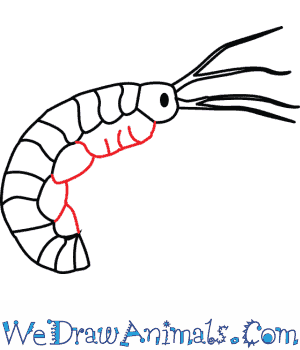 Step 4: Draw the lower part of the body using rough oval shapes to add the layer details as shown in the image. 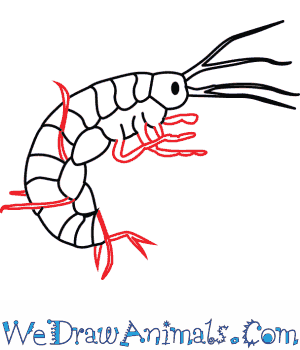 Step 5: Draw eight long and jointed legs for the shrimp. Draw four legs at the first few segments of the shrimp’s body and then add the rest below. Draw some of the legs bent and some straight to add more realistic details to the Freshwater Shrimp. Each leg has four jointed parts and ends in a pointed tip. 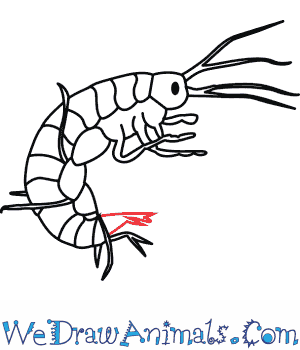 Step 6: Finally, draw the tail using gently curved lines and add the tail detail at the end as shown in the image. Once you finish your drawing, you can start to color in the Freshwater Shrimp.

Freshwater Shrimp are crustaceans which are a very important food source for the fish and birds around them. A Freshwater Shrimp live in streams and rivers especially in Europe. They measure 11 to 22 millimeters long. They range from almost clear to brown color and stay a curled shape even when they need to move. A shrimp drags itself along with a wiggling motion. Freshwater Shrimp eat decaying things. They help clean up bodies of water from the dead animals in it.

Activity: Introduce your kids to the diversity of shrimp dishes. Recipes for gumbos, stews, and grill shrimp are common and will help you expand you menu. Who knows? They may just like the new food! 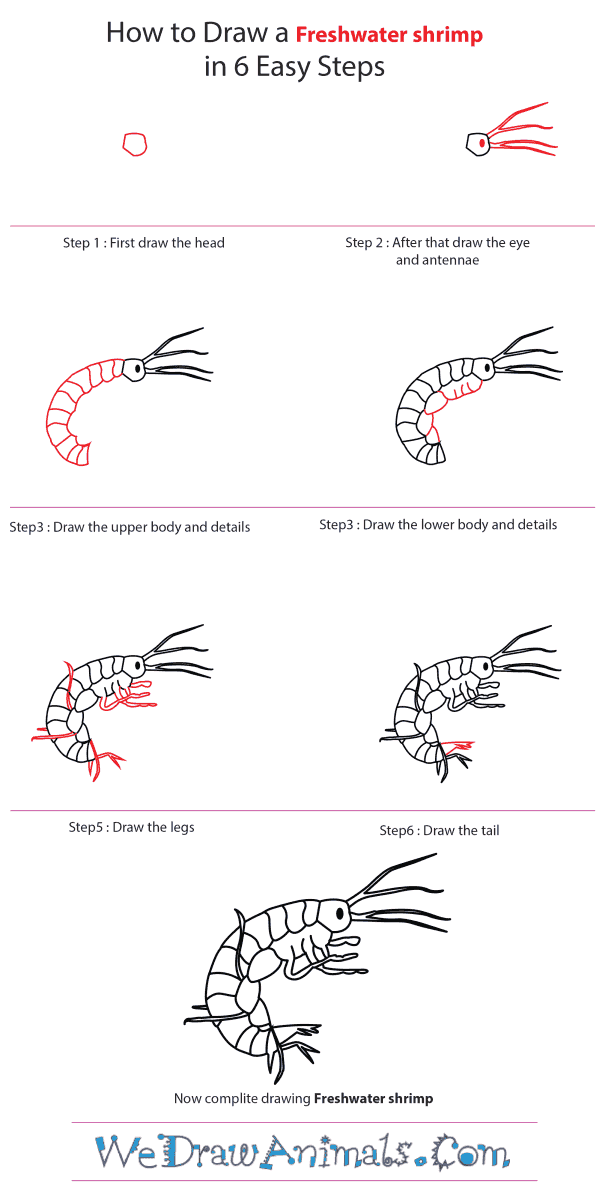 How to Draw a Freshwater Shrimp – Step-by-Step Tutorial