How to Draw a Froghopper 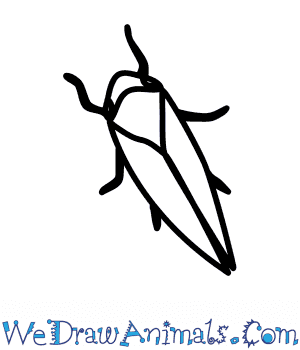 In this quick tutorial you'll learn how to draw a Froghopper in 5 easy steps - great for kids and novice artists.

At the bottom you can read some interesting facts about the Froghopper.

How to Draw a Froghopper - Step-by-Step Tutorial 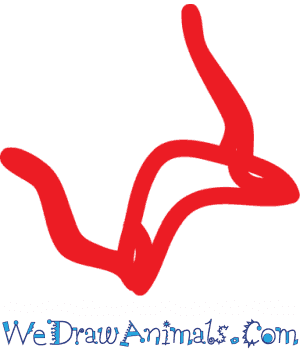 Step 1: Draw a boomerang with two lines on top (antennae) 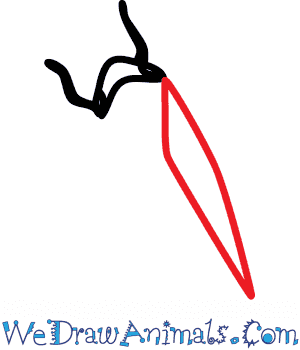 Step 2: Draw a diamond-like shape for the wing 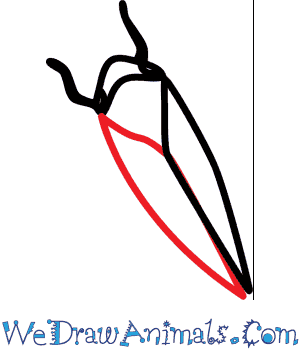 Step 3: Repeat for the other wing, this should form a triangle shape in the "neck" area 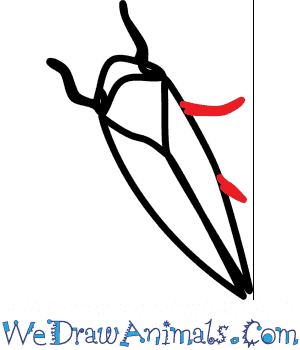 Step 4: Draw two small legs of the right side of the body 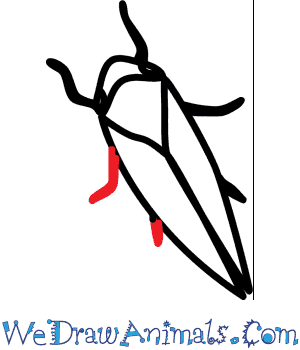 Step 5: Repeat drawing the two legs for the left side

Interesting Facts about the Froghopper

Despite its name, the froghopper is no frog. It is an insect, though it is capable of hopping great distances. While this is certainly an impressive feat, the most note-worthy thing about this species is how they encase themselves in froth during their lymph stage. This froth is composed of plant sap and resembles saliva, and serves the purpose of hiding the nymph from predators while also incubating it from the elements and providing moisture control. The nymph pierces plants and sucks their sap, causing little damage to the attached plant, but some subspecies of the froghopper is considered to be a serious bother for farmers and other agricultural workers. Adults are obviously much more active, hopping from plant to plant. They are able to leap far beyond their own size, helping them to move efficiently through their chosen environment. Their bodies are black, with yellow markings on the wings and bright red heads and antennae.

Arts and Crafts Activity Notes: Draw the nymph stage of the spittlebug, as well as the adult stage. Produce and distribute copies for each participant in the event, and instruct them to color them in using colored pencils, markers or crayons. They will then cut them out carefully using safety scissors. Using glue or tape, attach the nymph to the lower section of a stick, and the adult to the uppermost side. This will create a lovely illustration of the growth of the froghopper from a nymph into an Olympics-level jumper. 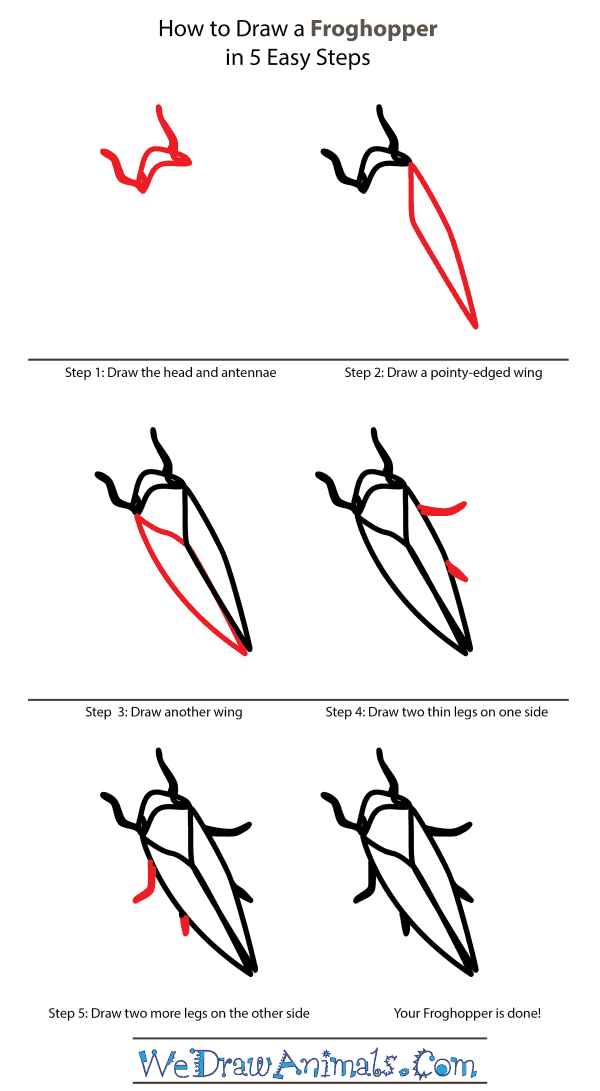 How to Draw a Froghopper – Step-by-Step Tutorial