How to Draw a Gannet 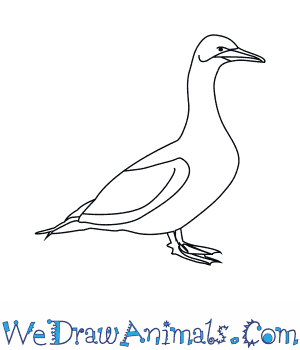 In this quick tutorial you'll learn how to draw a Gannet in 6 easy steps - great for kids and novice artists.

At the bottom you can read some interesting facts about the Gannet.

How to Draw a Gannet - Step-by-Step Tutorial 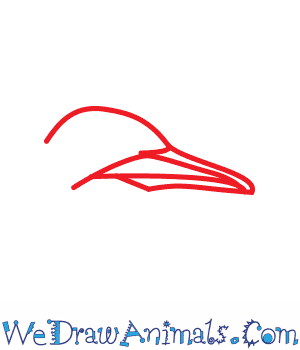 Step 1: Draw a skinny diamond. Draw an even thinner diamond inside it. Connect the top point to a curve that goes up to the side, and another that goes down to the side. 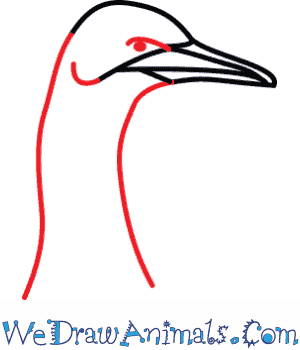 Step 2: Under the top curve, next to the beak, draw a tiny curve with a dot under it. Draw a curve under the eye that goes down and up. Connect a long curve to the back of the head, and another to the bottom of the beak. 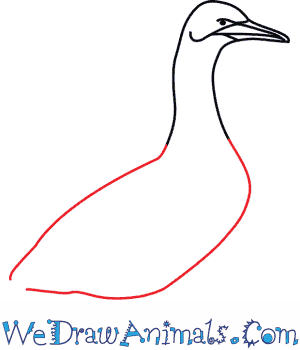 Step 3: Connect an oval to the neck. 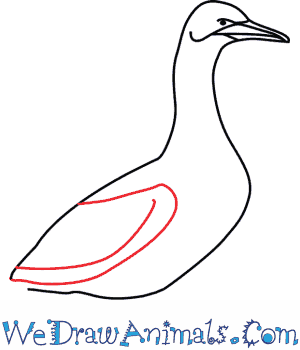 Step 4: Draw a curve that goes from the top to the bottom of the back. Draw a curved line inside it. 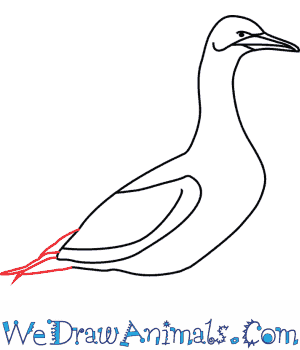 Step 5: Draw an angle that connects the end of the back to the belly. Draw a few lines inside it. 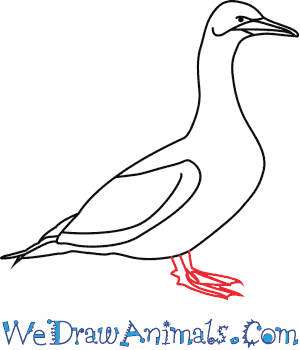 Step 6: Using the image as a guide, draw two lines straight down that end in a triangle. Repeat for a second leg. You have drawn a gannet! You color it white, with dark wingtips and light orange head. Gannets hunt fish by diving into the water after them. These birds have been known to eat so much fish that “gannet” can also be used as a synonym for “glutton.”

Gannets are seabirds with large white bodies and black tipped wings. A Gannet measures up to 31-43 inches long with a wing span of 68 to 70 inches. They eat squid and fish which they dive down to find. Gannets live on the coasts of the Atlantic Ocean. They like cliffs and nest in large colonies.

Activity: Since Gannets carry their eggs in such a fun way, a game where the object is to see just how good your students are at problem solving is a great classroom activity. Line up the children in a line and offer an orange to the first person in line. The only rule to follow is you can’t use your hands. The first person to use their hands is out. 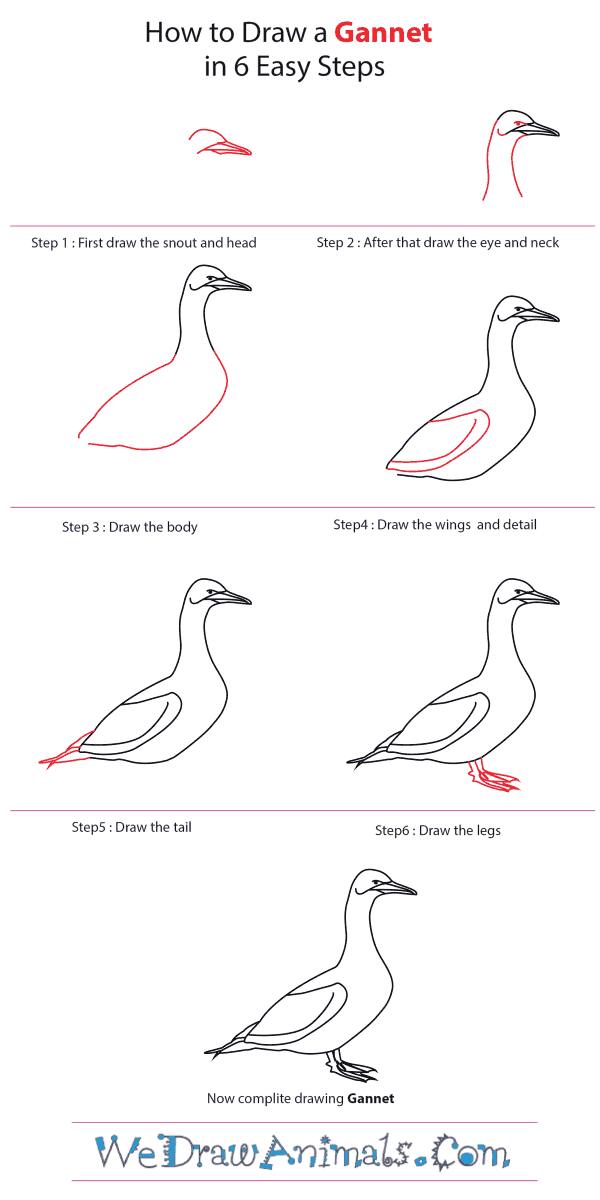 How to Draw a Gannet – Step-by-Step Tutorial

Previous post: How to Draw a False Killer Whale