How to Draw a False Killer Whale 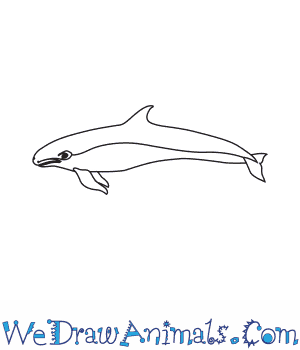 In this quick tutorial you'll learn how to draw a False Killer Whale in 6 easy steps - great for kids and novice artists.

At the bottom you can read some interesting facts about the False Killer Whale.

How to Draw a False Killer Whale - Step-by-Step Tutorial 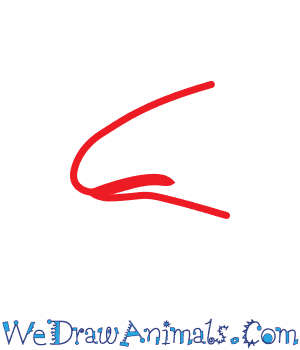 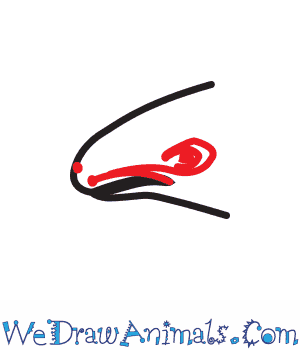 Step 2: Draw a dot on the front of the curve, another line over the first, and a backwards C-shape with a dot in it next to the lines. 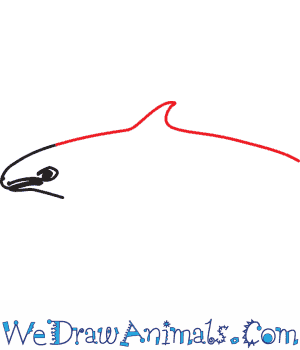 Step 3: From the top of the back of the head, draw a long curve with on wave shape in the middle. 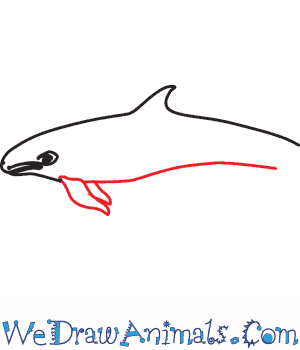 Step 4: From the bottom of the head, draw another long curve. Add a W-shape on the underneath it, near the head. 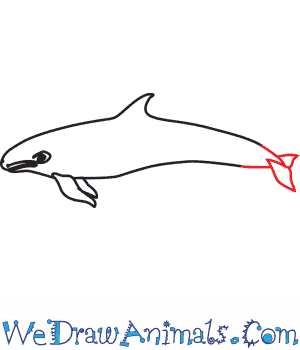 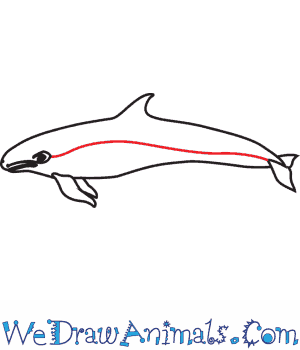 Step 6: Draw a long curve that connects the eye to the tail. Done! You can color it black, with a grey throat and neck. This species was discovered in 1843, but thought to be extinct until 1861. Both the killer whale and false killer whale get their name because they hunt other cetaceans, but the two are only distantly related.

Lesson Plan Note: At the beginning of class present your students with a drawing of a False Killer Whale. Ask them to show you what they think this animal looks like. When the class is finished with their coloring, then show them what it really looks like. Ask them what they think the animal is, when there is a space in the answers, start the lesson on what is a False Killer Whale. 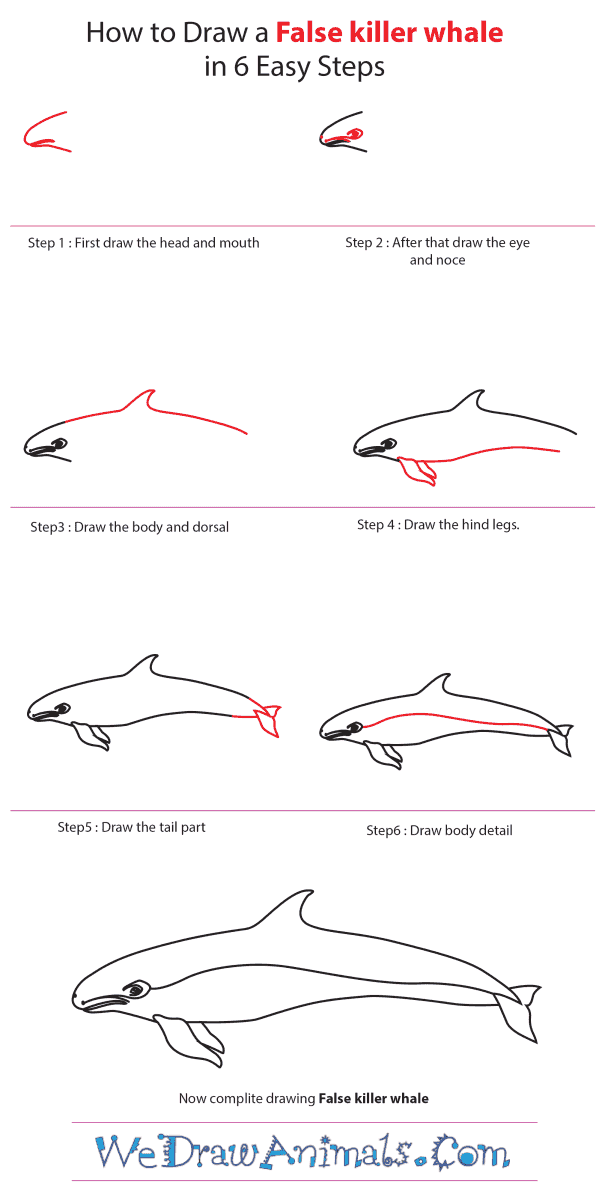 How to Draw a False Killer Whale – Step-by-Step Tutorial