How to Draw a European Starling 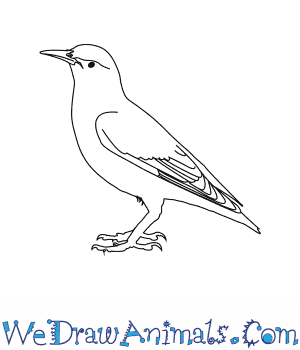 In this quick tutorial you'll learn how to draw a European Starling in 6 easy steps - great for kids and novice artists.

At the bottom you can read some interesting facts about the European Starling.

How to Draw a European Starling - Step-by-Step Tutorial 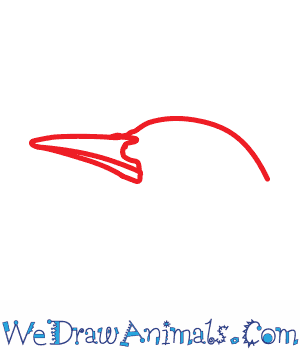 Step 1: Draw a curve that has a triangle with a line in it attached to one end. 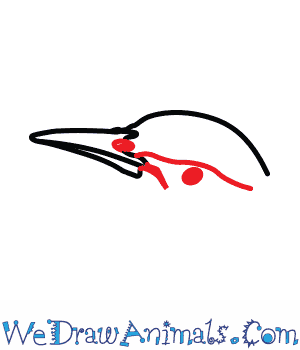 Step 2: Under the curve, draw an angular shape whose point meets the beak. Draw a small dot in the middle of the angle. 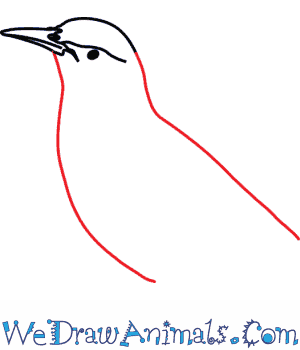 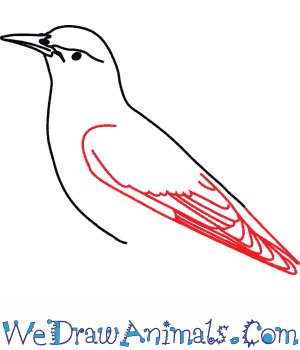 Step 4: Draw a long curve that connects to the end of the back. Draw lines on it. 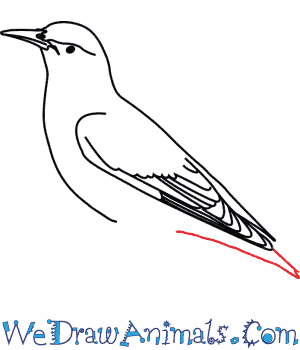 Step 5: Draw a line that goes straight away from the wing, the points up to the belly. 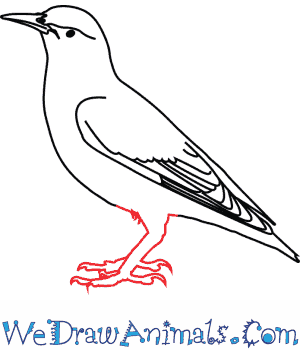 Step 6: In the space between the belly and tail, draw two lines that angle down, then turn down and to the front of the body, and end in a line pointing to the front and another to the rear. Repeat for the second leg. Done! You can color it with a yellow or blue-grey beak, and dark red legs. The body is black with a green or purple sheen, and white flecks.

The European Starling is the bully of the bird world. They are loud, pushy, and dirty birds that live in large groups called “Colonies.” They are small measuring at 7 to 9 inches long and a wing span of 12 to 15 inches. Their feathers start out white, but soon grow out to brown. The white feathers don’t fall out; they just grow out with the feathers. Since the white stays in some places, it looks like the European Starling has spots, but after a season, the feathers become a glossy black. European Starlings build their nests in large groups so a nest of eggs may be laid by a couple, but is taken care of by the whole colony. Their food is whatever they can get that is why many consider them a “dirty bird.” European Starlings like to live next to people so they can eat garbage and hunt for bugs on fresh cut lawns. The birds have been introduced all over the world, but their home place is England and parts of Europe.

Lesson Plan Note: Mozart loved his pet Starling so much he wrote a song for it. The influence of a Starling’s voice is found all over his work. A study of Wolfgang Amadeus Mozart would be a great companion study with Starlings. 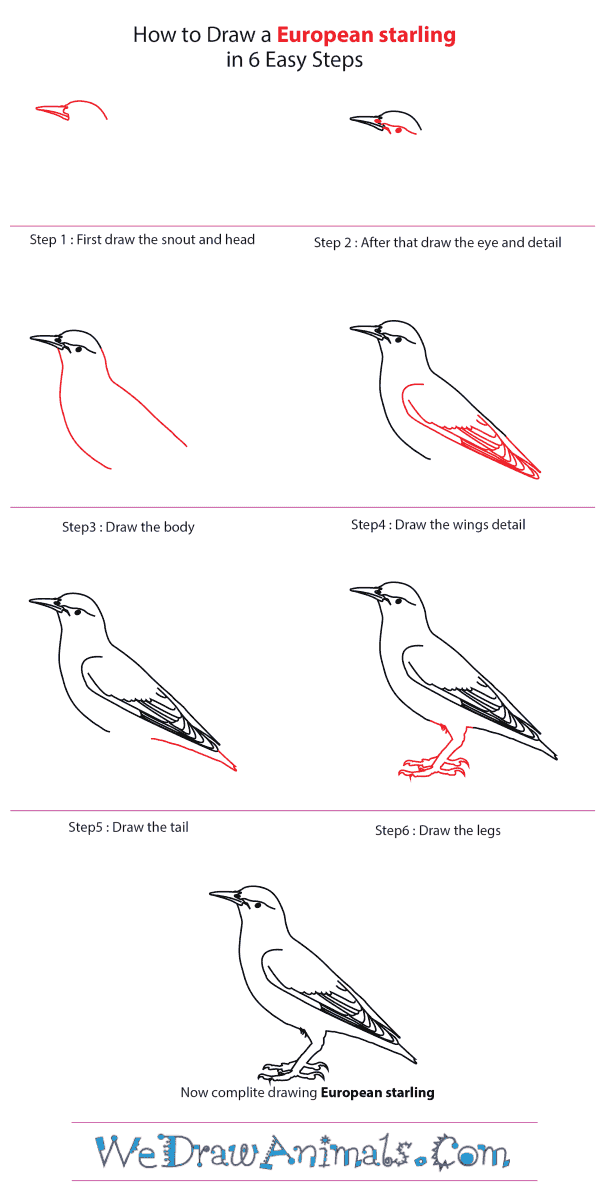 How to Draw a European Starling – Step-by-Step Tutorial

Next post: How to Draw a False Killer Whale