How to Draw a Gaur 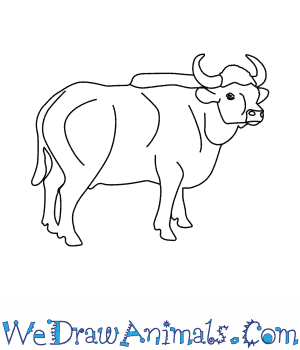 In this quick tutorial you'll learn how to draw a Gaur in 6 easy steps - great for kids and novice artists.

At the bottom you can read some interesting facts about the Gaur.

How to Draw a Gaur - Step-by-Step Tutorial 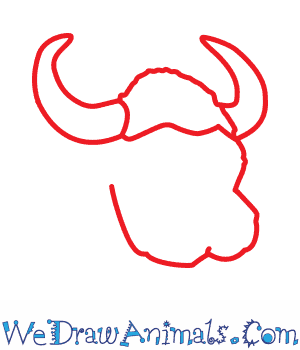 Step 1: Draw a curve that goes down, then away, down, and back up to itself, leaving a small space for the neck. Near the top, draw another curve that closes off the top of the first shape. Draw a pair of curves that meet at a point on each side of the top of the head. 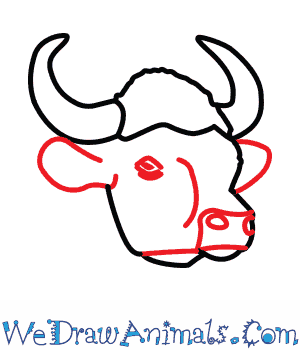 Step 2: Draw a curve under each horn. Make a seed shape with a curve next to it under the top of the head. Draw a square in the bottom of the head, with two small circles in it, and a line coming from the bottom corner to the end of the face. 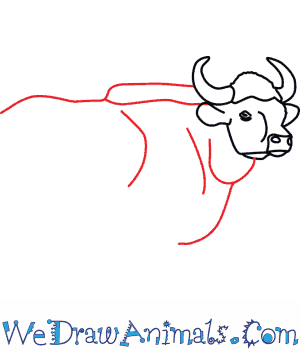 Step 3: Draw a long thin curve that goes behind one horn, with a line stretching behind it. Draw a curve under the head that stretches back up to it, and another curve going down under it. Draw two more curved lines in the middle of the body. 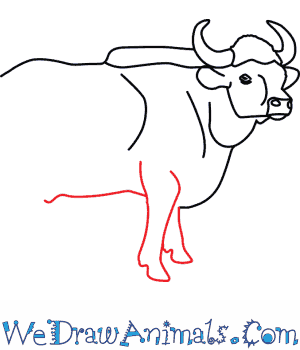 Step 4: Draw two lines going down from the neck, ending in a triangle. Repeat. Draw a line going behind the legs. 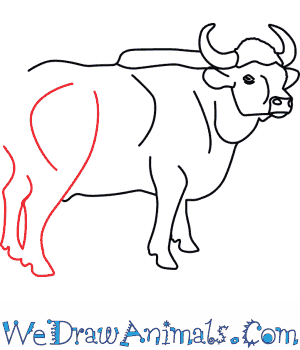 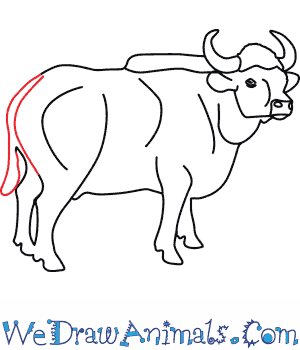 Step 6: Connect the first hind leg to the back with a curve. Draw a curve that goes down from the back, behind the legs, and back up. Done!

Gaurs are a member of the cattle family. They live over in Southeast Asia and roam the forests of India. Gaurs are tall at 5 to 7 feet. Their body is 8 to 11 feet and they can weigh of 2200 pounds! They are dark brown with tan legs and two long curved horns. In India the Gaur is used as a work animal.

Theme: Let you class be a herd for a day. Study the different species of cattle and how they provide a use in society. 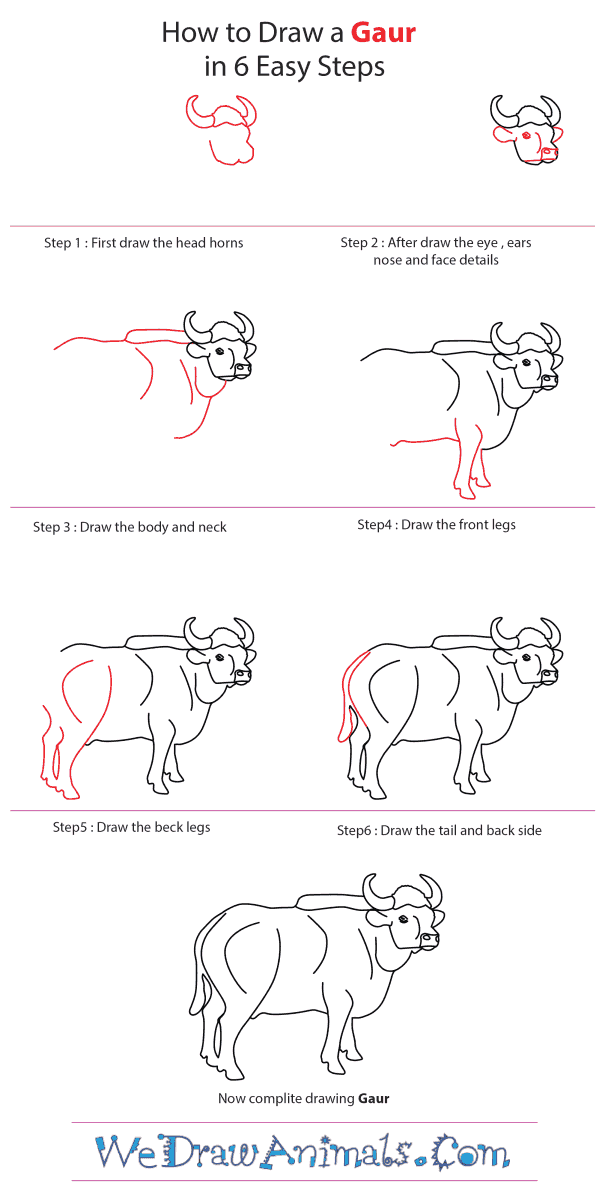 How to Draw a Gaur – Step-by-Step Tutorial

Previous post: How to Draw a Eastern Diamondback Rattlesnake