How to Draw a Gentoo Penguin 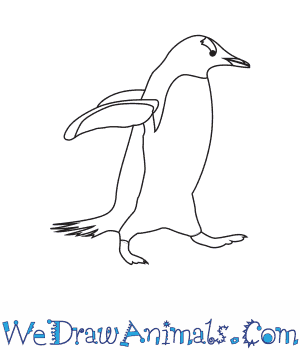 In this quick tutorial you'll learn how to draw a Gentoo Penguin in 6 easy steps - great for kids and novice artists.

At the bottom you can read some interesting facts about the Gentoo Penguin.

How to Draw a Gentoo Penguin - Step-by-Step Tutorial 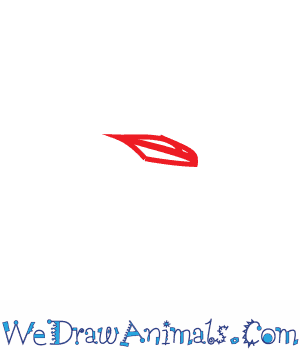 Step 1: First, let us start by drawing the beak of the Gentoo Penguin. Draw a small leaf shape with a small line across it to show the upper and lower beak of the penguin. 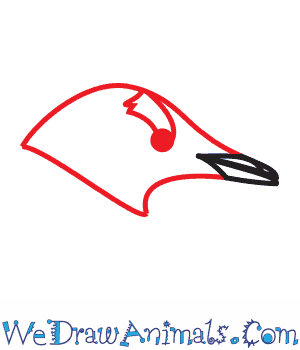 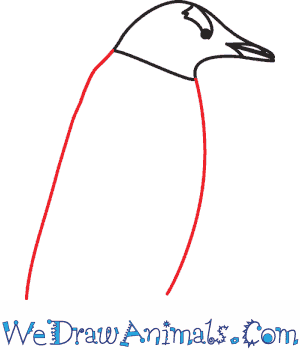 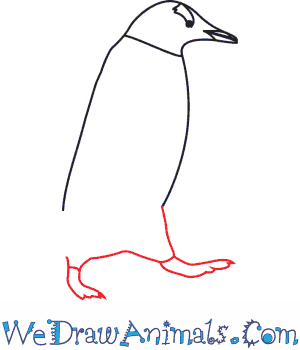 Step 4: Leave a blank space for the tail and draw one leg of the penguin flat on the ground, and another leg of the penguin raised slightly, as if it were walking. Gentoo Penguins have webbed feet with three toes. Draw the toes with short jagged lines as shown in the image. 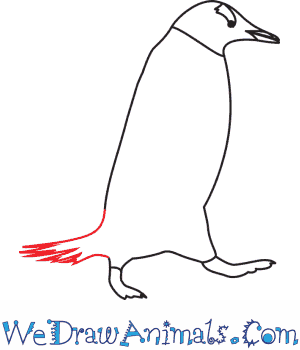 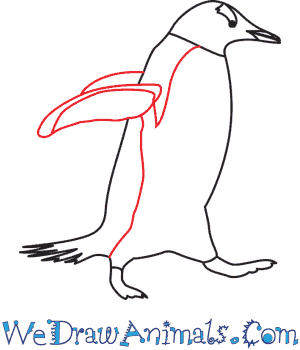 Step 6: Draw the outline of the outstretched wings of the penguin using gently curved lines. Add another line along the wing near the top outline. Finish the drawing by adding some lines to show the markings of the Gentoo Penguin along the neck, stomach and sides of the body. Once you finish your drawing, you can start to color in the Gentoo Penguin.

Gentoo Penguins are Antarctica penguins that live their lives in and out of freezing cold water. The penguins are the usual black and white birds that waddle when they walk. Gentoo Penguins eat fish, squid, and krill. A Gentoo Penguin has a white patch of glossy feathers above its eyes. They have colonies on the Falkland Islands and the Kerguelen Islands. They can also be found on Macquarie Island, Heard Islands, South Shelton Islands, and the Antarctica Peninsula. Gentoo Penguins measure 80 centimeters tall and weigh about 4 to 8 kilograms.

Activity: A fun and simple game for children to play is “Follow the Leader.” Line up the children and tell them to do whatever the person in front of them does. This game can be as simple as going where the leader goes or doing it like a colony of Penguins! 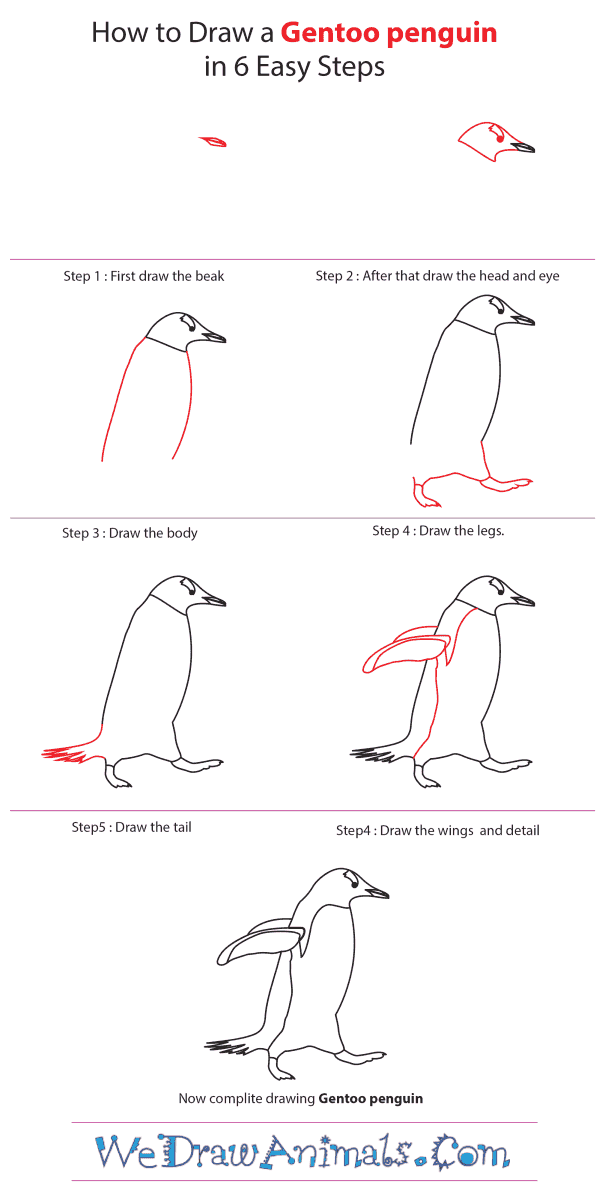 How to Draw a Gentoo Penguin – Step-by-Step Tutorial