How to Draw a Giant Armadillo 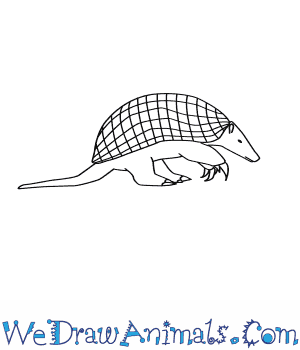 In this quick tutorial you'll learn how to draw a Giant Armadillo in 9 easy steps - great for kids and novice artists.

At the bottom you can read some interesting facts about the Giant Armadillo.

How to Draw a Giant Armadillo - Step-by-Step Tutorial 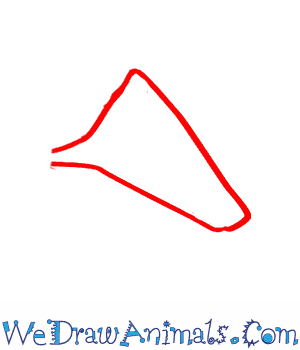 Step 1: For the head, draw a downward-pointing triangle whose bottom point is squared off. 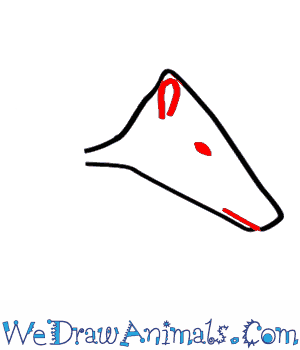 Step 2: Draw a small oval in the top point, a tiny line in the middle of the head, and a line in the bottom point. 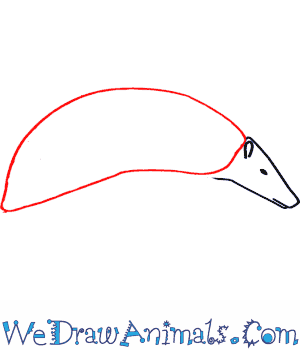 Step 3: Draw a downward curve from each end of the head that meet in a point. 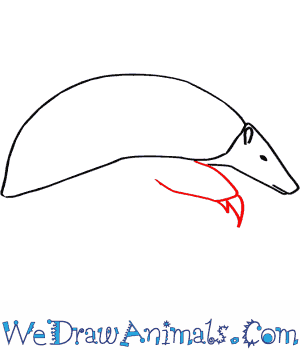 Step 4: Under the front of the body, draw two curves that meet in a sharp point. Draw a small line near the end to close off the point and draw a second, very small pair of curves under the first pair to make a leg that ends in two sharp nails. 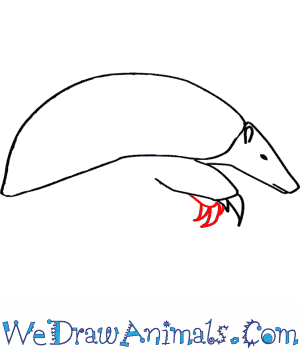 Step 5: Draw a semicircle under the first front leg that connects to two more pairs of curves that meet in sharp points for a second leg. 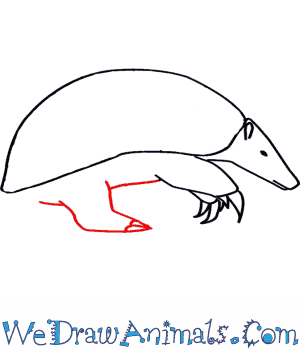 Step 6: Under the rear of the body, draw two L-shapes whose ends meet in sharp points. Draw a horizontal and vertical line in the point to create two sharp-nailed toes. Connect the hind leg to the front ones with a curve, and another small curve behind the leg that ends under the end of the body. 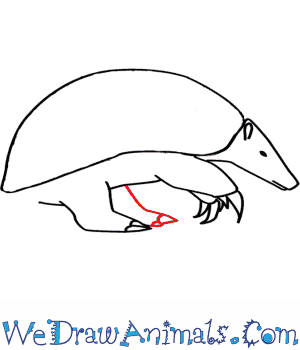 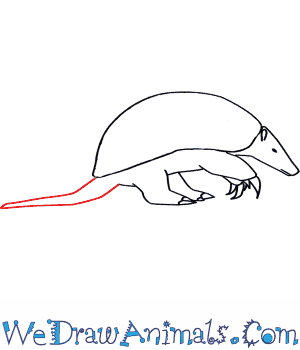 Step 8: Close the gap between the underbelly and rear end with two long curves going down and back, meeting in a point, for the tail. 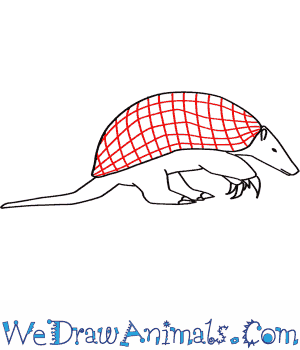 Step 9: Draw a grid pattern on the back. Done! You can color it brown, with a whiter, yellowish head and stripe along the side of the body.

Interesting Facts about the Giant Armadillo

The Giant Armadillo is a nocturnal animal meaning that it comes out at night and sleep during the day. The armadillo’s dig burrows and are powerful, quick diggers. With their burrows, they will live and travel through them. Burrows also provide shelter from predators and to find food.Female armadillos will give birth to one or two young after being pregnant for four months and weigh up to four pounds at birth.

The back and neck of an armadillo are covered in “armor” that is flexible and consists of 14 to 17 moveable bands of horn and bone. Their tails and heads are also covered. In between the plates are sparse hairs that are scattered around. 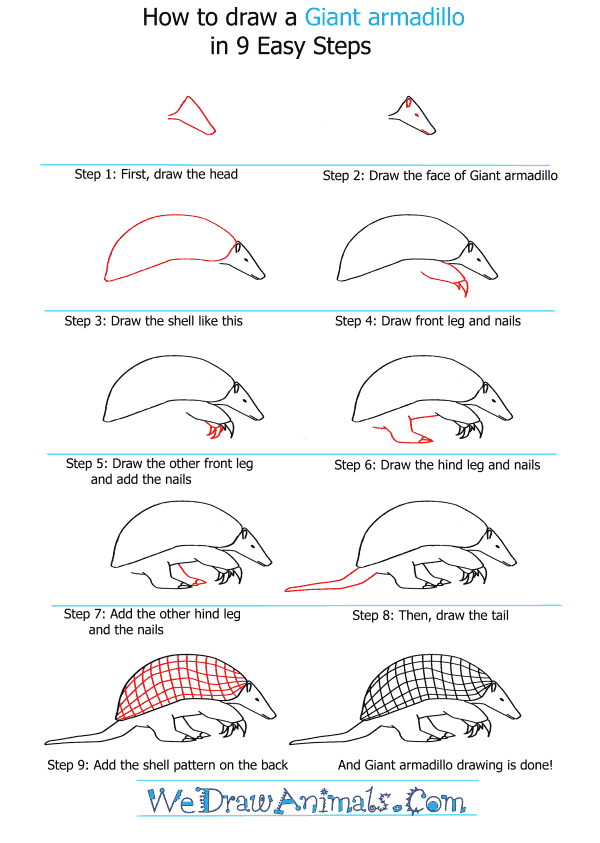 How to Draw a Giant Armadillo – Step-by-Step Tutorial