How to Draw a Ferruginous Hawk 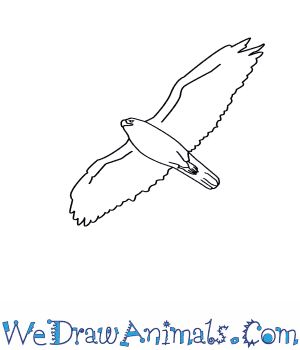 In this quick tutorial you'll learn how to draw a Ferruginous Hawk in 7 easy steps - great for kids and novice artists.

At the bottom you can read some interesting facts about the Ferruginous Hawk.

How to Draw a Ferruginous Hawk - Step-by-Step Tutorial 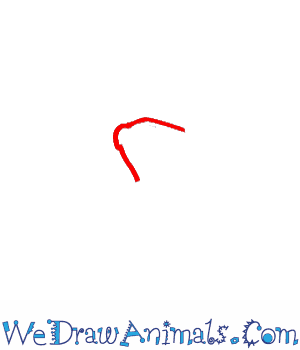 Step 1: Draw an upward-pointing curve for the head. 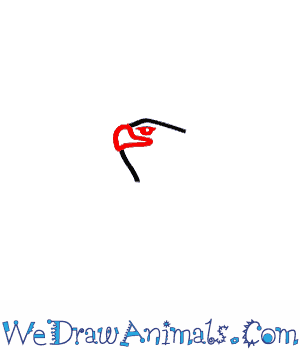 Step 2: Draw a small triangle with a dot above it inside the point of the head for the face. 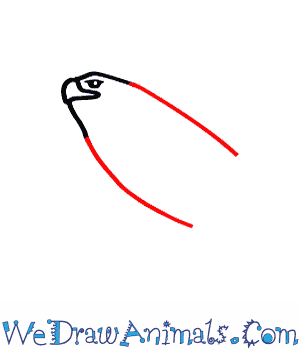 Step 3: Draw a small triangle with a dot above it inside the point of the head for the face. 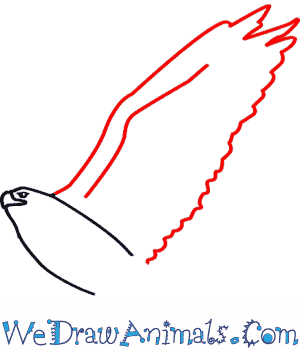 Step 4: Using the image to guide you, draw a large, zig-zagging shape that connects to the end of the head, stretches up over the body, and ends at the end of the body. Add a small line along the upper side of it. 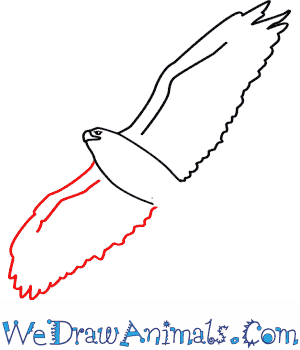 Step 5: Draw a similar wing shape to the one from step 4 on the opposite side of the body. 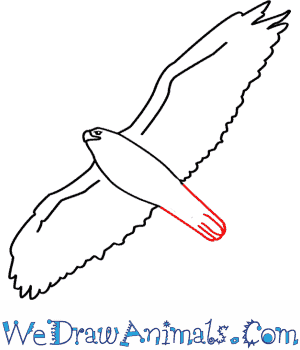 Step 6: Draw a long curve that connects the ends of the body together. Add a few small lines in the bottom of this shape. 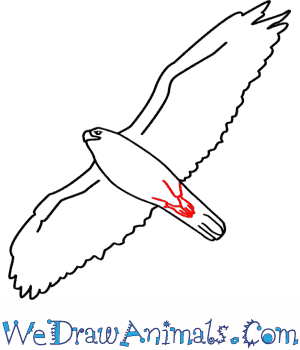 Step 7: Inside the lower portion of the body, draw three lines that meet down in a point that connects to a small oval for the legs. You have drawn a ferruginous hawk! You can color it either dark brown or a light reddish-brown, with white light greyish markings. The females of this species are larger than the males.

Interesting Facts about the Ferruginous Hawk

The Ferruginous Hawk is the largest American hawk. It mainly lives in the open country such as plain badlands and prairies. It will breed in trees near steep slopes and streams. Also it will sometimes live on mounds in an open desert.The wings on a Ferruginous Hawk are long and broad. They have a large head with a white or light grey tail. Their head is light, mostly white with rufous colored shoulders and back and a pale patch on the end of its wings. There is a dark V visible from below.

The loss of their habitat has started concern for the future of the animals. They are not endangered or threatened, but their numbers of population are also increasing. Pesticides, shooting, and farming of more land could pose a threat to their survival. 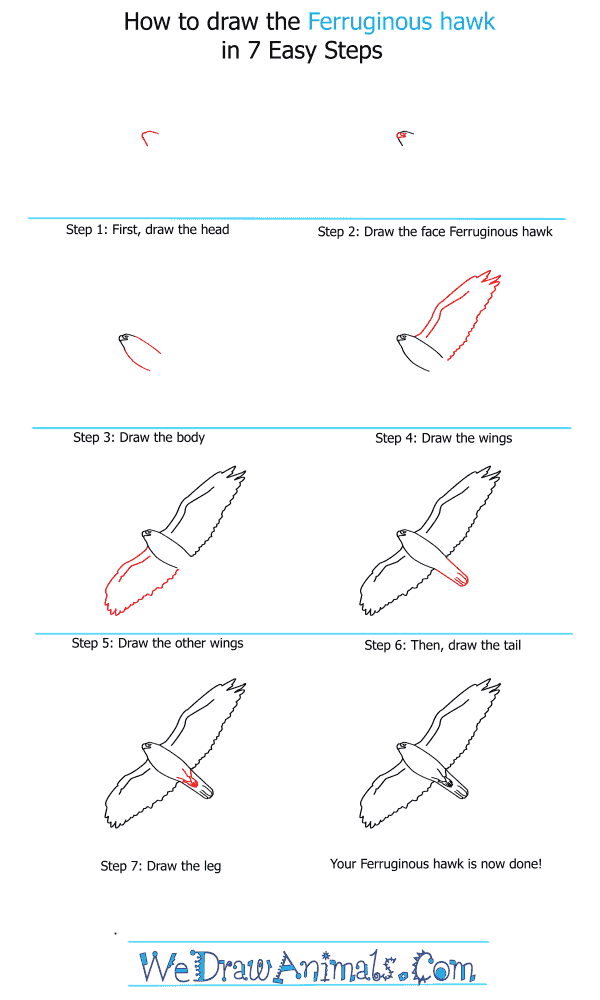 How to Draw a Ferruginous Hawk – Step-by-Step Tutorial

Previous post: How to Draw a California Sea Lion