How to Draw a Giant Oarfish 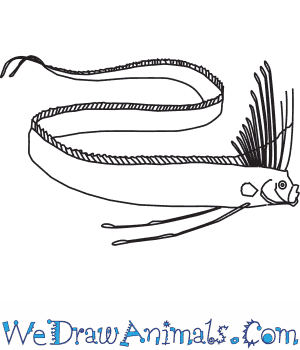 In this quick tutorial you'll learn how to draw a Giant Oarfish in 6 easy steps - great for kids and novice artists.

At the bottom you can read some interesting facts about the Giant Oarfish.

How to Draw a Giant Oarfish - Step-by-Step Tutorial 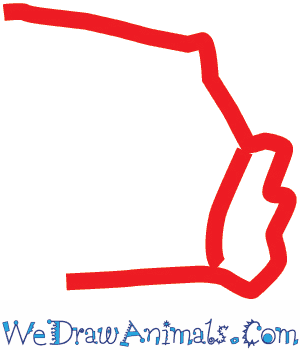 Step 1: First let's draw the head. This will be a blocky shape with a square nose! 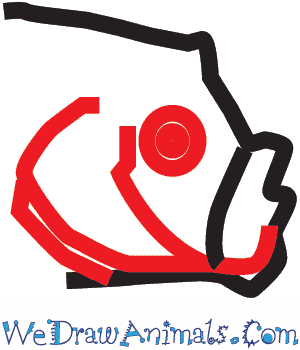 Step 2: Let's move onto the face and eyes. A solid dot will do for the eye while a couple of curved lines will get us the gills and ensure out oarfish can breathe! 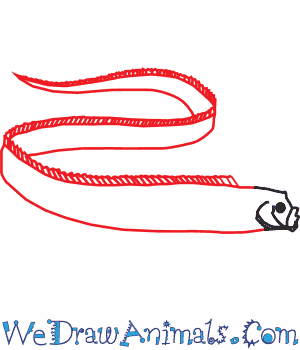 Step 3: Now draw the long, snaking body. Start of thin near the end and gradually get thicker the closer you get to the head. Did you know the oarfish can grow to over 50 feet long? 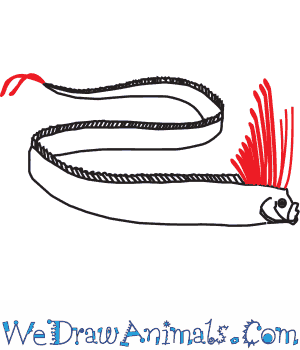 Step 4: Now get the fin and tail down. The fin is the most fun part of the oarfish - look how long it sticks up! 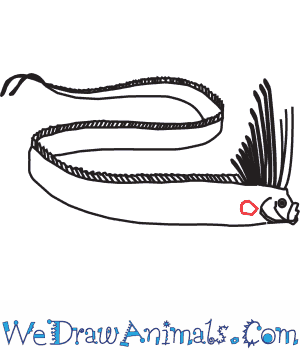 Step 5: Let's add the smaller fin directly to the left of the gills. A small, rounded triangle will serve to help our oarfish move along! 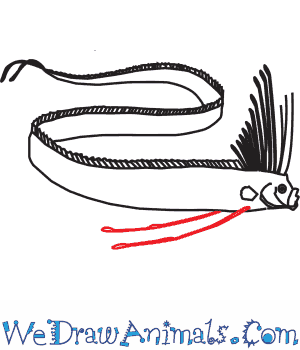 Step 6: Get some trailing fins down. These look like the oarfish's legs, don't they? Though our giant oarfish is indeed giant, it poses no threat to people. They prefer the smallest of plankton in their diet!

Interesting Facts about the GIANT OARFISH

The Giant Oarfish is a member of the fish family and the scientific term for them is Regalecus glesne. This species has derived its proper name from the fact that it is a giant fish which appears to be holding a pair of really long and skinny oars. Its scientific name Regalecus, is Latin for “belonging to a king” and glesne, is the name of the place in Norway where it was first discovered. Another common name for this species is King of Herrings, because it wears a crown-shaped fin on its head, and usually swims within groups of the Herring fish species.

It is the longest fish in the world, and it is responsible for many sea-serpent sightings. They migrate to different areas of the ocean across the globe, except for the poles. These animals have adjacent fins on their back, starting from their head, and going all the way to their tail. Their swimming movement looks like a ribbon being pulled through the water. 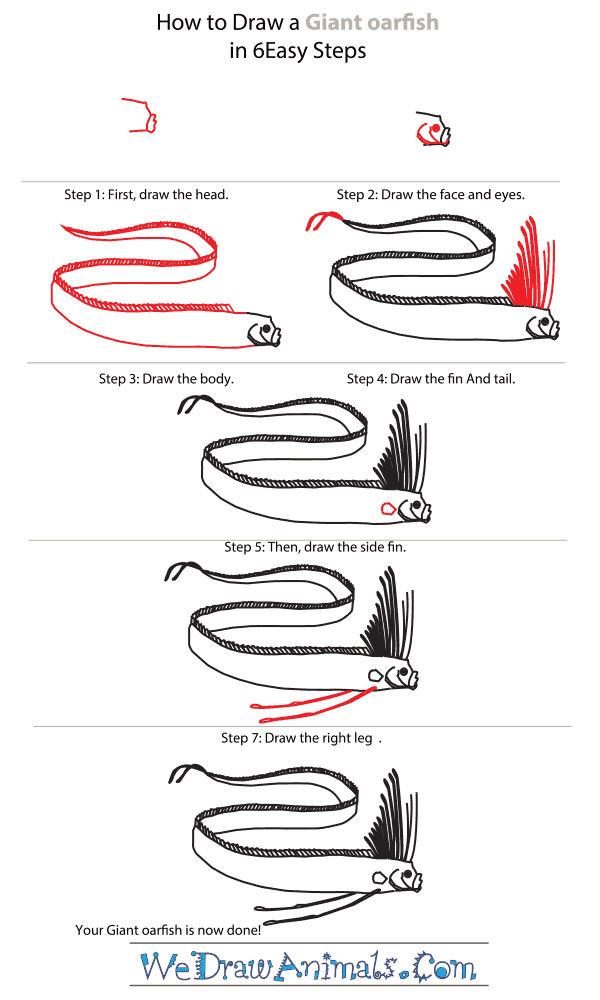 How to Draw a Giant Oarfish – Step-By-Step Tutorial