How to Draw a Green Anaconda 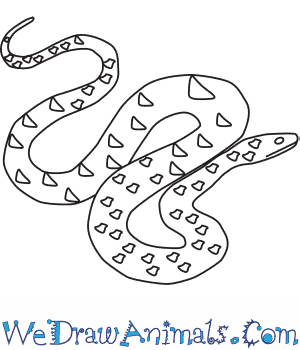 In this quick tutorial you'll learn how to draw a Green Anaconda in 6 easy steps - great for kids and novice artists.

At the bottom you can read some interesting facts about the Green Anaconda.

How to Draw a Green Anaconda - Step-by-Step Tutorial 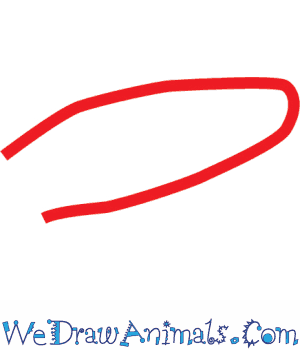 Step 1: Let's start our green anaconda off by drawing an open oval shape for the head. 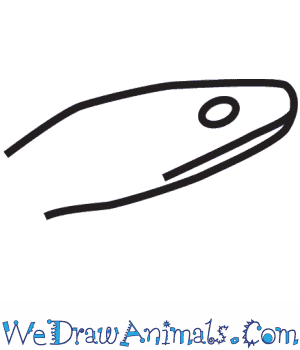 Step 2: Draw a circle for the eye and add a line for the mouth towards the nose. 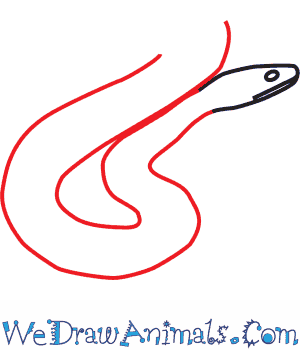 Step 3: Draw a long, looping curve for the anaconda's body, starting by his head and then looping back around. 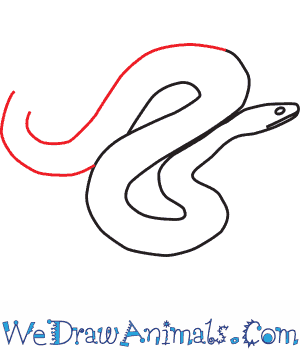 Step 4: Continue with the body, maing it thinner as we taper down to the tail. 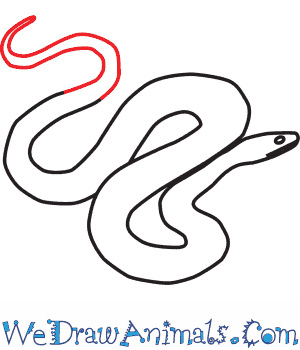 Step 5: Finish off the body with the tail. These guys can grow up to thirty feet long - making it one of the largest snakes in the world! 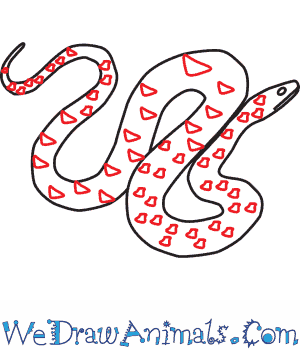 Step 6: Now draw the scales of the snake. Small, upside down triangles all along the body will show us the pattern!

Interesting Facts about the GREEN ANACONDA

The Green Anaconda is a member of the reptile family and the scientific term for them is Eunectes murinus. As indicated in the proper name, the body has a green color, but it also has circular spots on its back. Other common names for this species are the Common Anaconda and the Water Boa. The name Eunectes, is Greek for “good swimmer” and murinus, is Latin for “of mice.” It is the widest and heaviest known snake species, and the largest snake in The Americas.

This is a non-venomous snake found in South America of slow streams around swamps and marshes, especially in The Amazon rainforest area. The eyes are near the top of its head so that it can follow other animals without being seen in the water, where it spends most of its life, and hunts usually at night. The snake lunges at large animals near the water, and squeezes them so tight, that they die of suffocation and get swallowed whole. 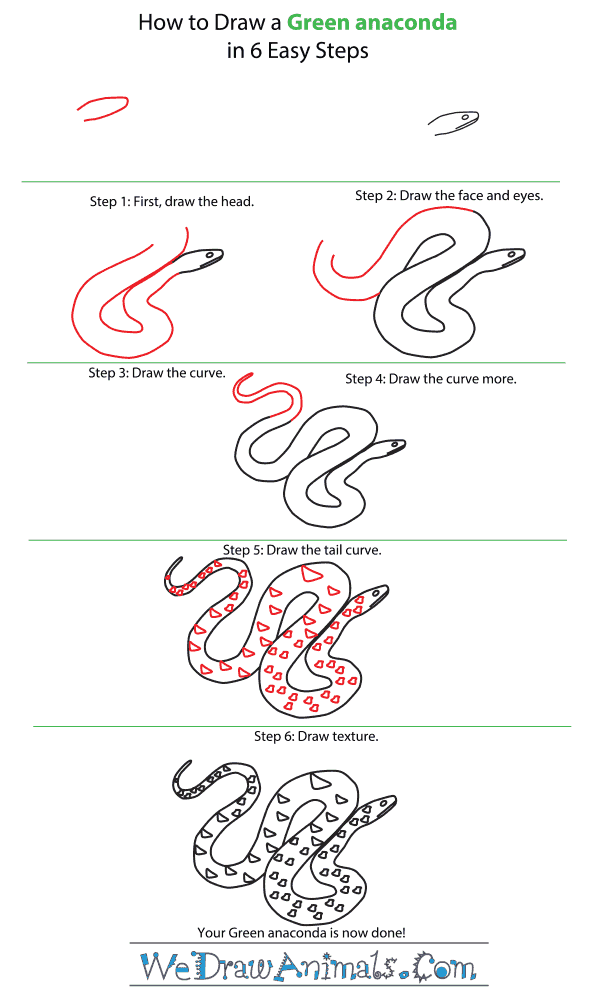 How to Draw a Green Anaconda – Step-By-Step Tutorial