How to Draw a Gila Monster 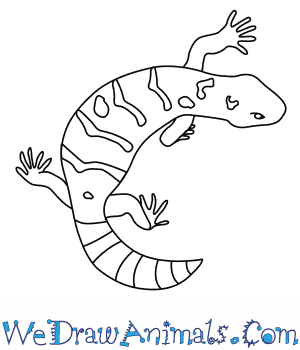 In this quick tutorial you'll learn how to draw a Gila Monster in 7 easy steps - great for kids and novice artists.

At the bottom you can read some interesting facts about the Gila Monster.

How to Draw a Gila Monster - Step-by-Step Tutorial 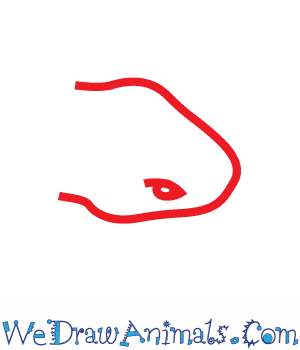 Step 1: Start by drawing the head. Make two lines that come together at a curve and have a few bumps for the sides of the head. Add a tiny oval with a line on top for the eye. 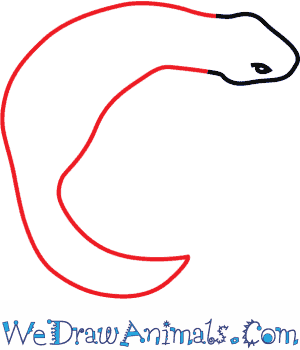 Step 2: To draw the body and tail of the Gila Monster, continue from the head and make a shape almost like a crescent moon, except more uneven and bumpier. 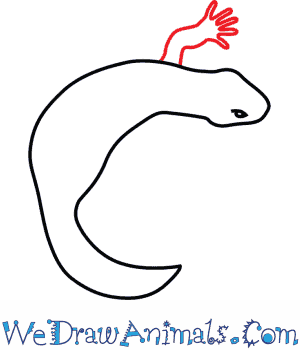 Step 3: Draw the front leg up from the body and facing to the right. Make sure to add five toes to the foot of the Gila Monster. 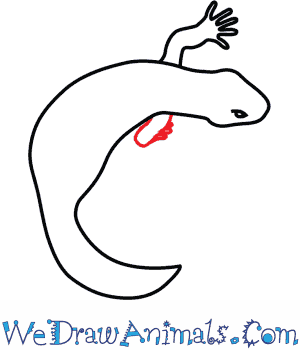 Step 4: Draw the other front leg so that the long toes are blocked by the rest of the leg and draw a curve looping back as the end of the leg. Imagine that you are looking right down at it, and can only see a few tiny bumps for the toes. 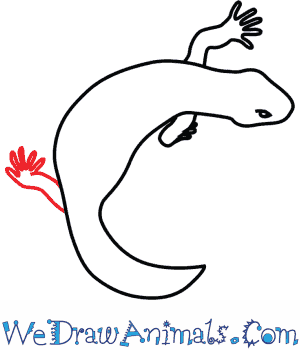 Step 5: Draw the hind leg just like the first front leg except a little bit smaller. 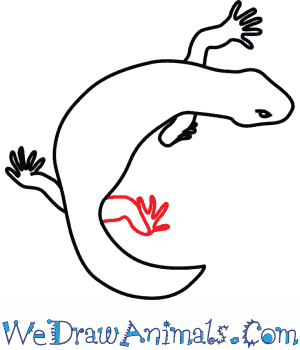 Step 6: Draw the other hind leg like the other except hide a little of the foot and a toe with the leg itself. 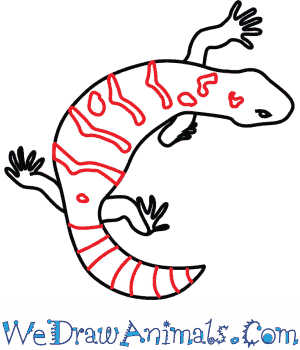 Step 7: Draw the pattern by adding lots of straight lines to the end and using other shapes and circles on the body. Your Gila Monster is now done!

Gila (pronounced hee-la) monsters are a species of lizard. They are one of the only two lizard species that are poisonous. Gila monsters live in certain parts of New Mexico, California, Utah, and Nevada. They also live in Arizona and throughout the country of Mexico. Their dwellings are underground in desert habitats. They can be found at the foothills of mountains and near grasslands. Gila monsters venture above ground during the spring to gather food and to mate. 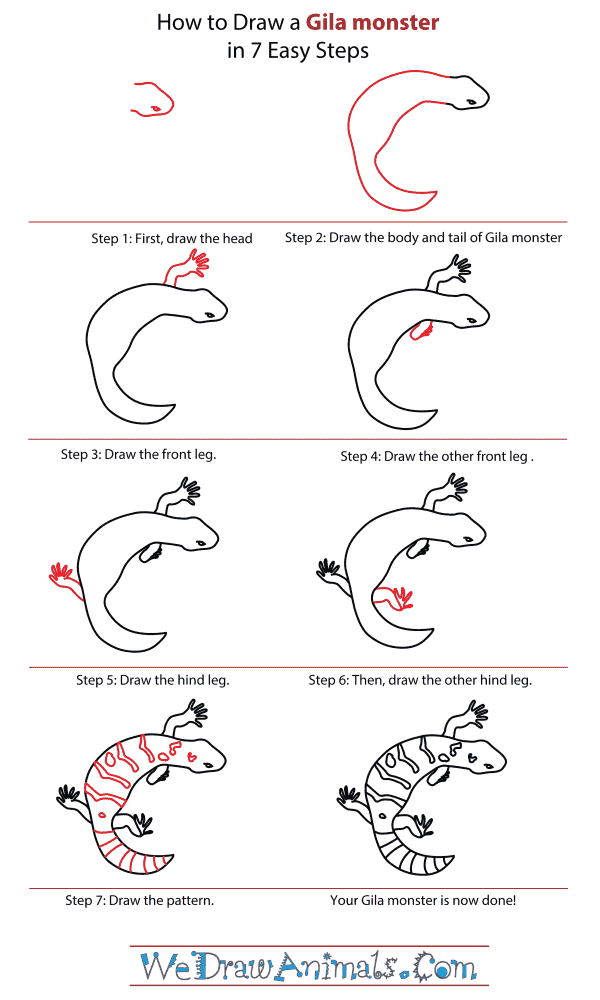 How To Draw A Gila Monster – Step-By-Step Tutorial

Next post: How to Draw a Great Horned Owl