How to Draw a Yak 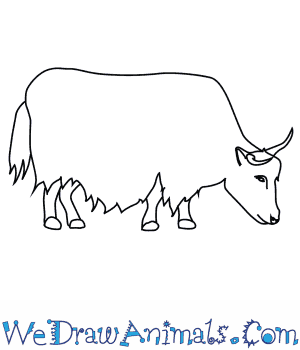 In this quick tutorial you'll learn how to draw a Yak in 8 easy steps - great for kids and novice artists.

At the bottom you can read some interesting facts about the Yak.

How to Draw a Yak - Step-by-Step Tutorial 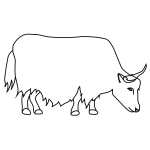 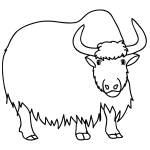 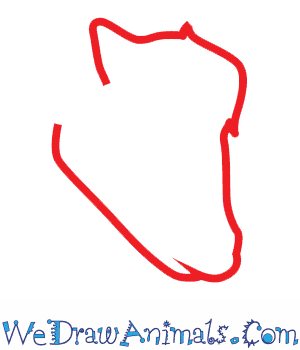 Step 1: First, draw the head looking downward as if it is grazing. Make an indent for the mouth and make a bump for some hair on its forehead. 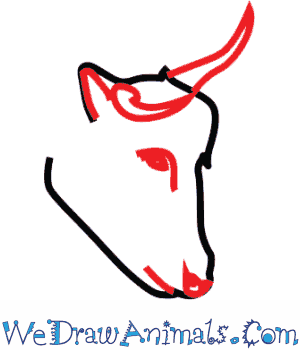 Step 2: Make a small oval with a line above it for the eye, a line for the mouth, and a shaded triangle for the nose. Draw two horns on top and a half-oval to define the ear. 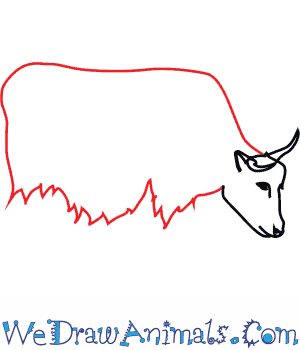 Step 3: To make the body, use long lines that are curved and make a very rough rectangular shape. On the bottom don’t let it be smooth and instead make a lot of jagged lines to make the yak look nice and hairy with all the hair hanging down. 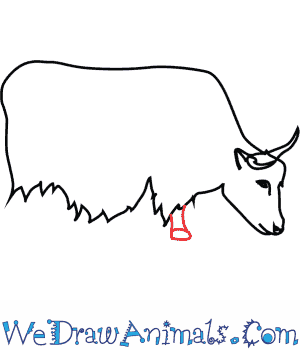 Step 4: Draw the front leg by making two lines going straight down and then drawing an oval for a hoof. 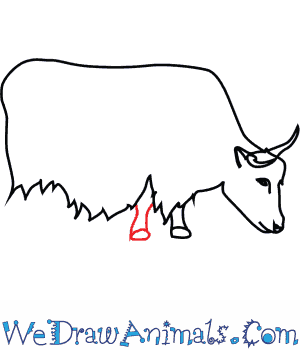 Step 5: Draw the other front leg almost exactly like the first one except to the left. 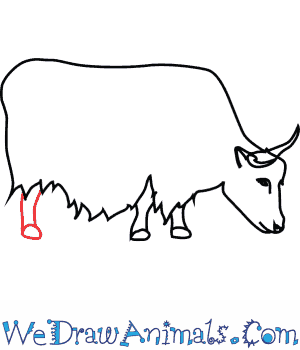 Step 6: Draw the hind leg just like the front legs except a little longer. 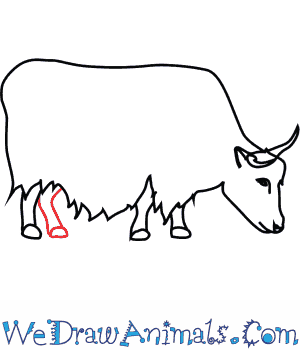 Step 7: Draw the other hind leg much like the other, except bent backwards just a little bit. 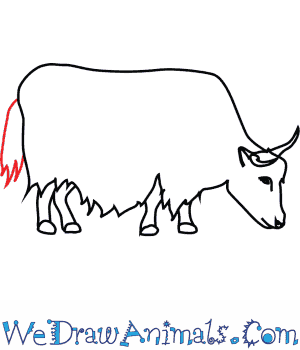 Step 8: Draw the tail so that it is hanging downward, with rough lines at the bottom being made for fur. Your Yak is now done!

Yaks are known for their long, shaggy coats and large bodies. There are domestic yaks and wild yaks. Domestic yaks are used for traveling. Yaks are native to Asia. The largest population of yaks lives on the Tibetan Plateau of the Himalayan Mountains.

Yaks are commonly used by humans for a variety of reasons. Other than traveling, yaks are a source of food and clothing. Yak cheese is considered to be healthier for the heart than cheese that comes from cattle. Actors who perform in Chinese operas use yak tails to make beards for their costumes. People also use yak milk to make a certain type of wine. Additionally, there is a sport called yak polo in which people use yaks instead of horses. 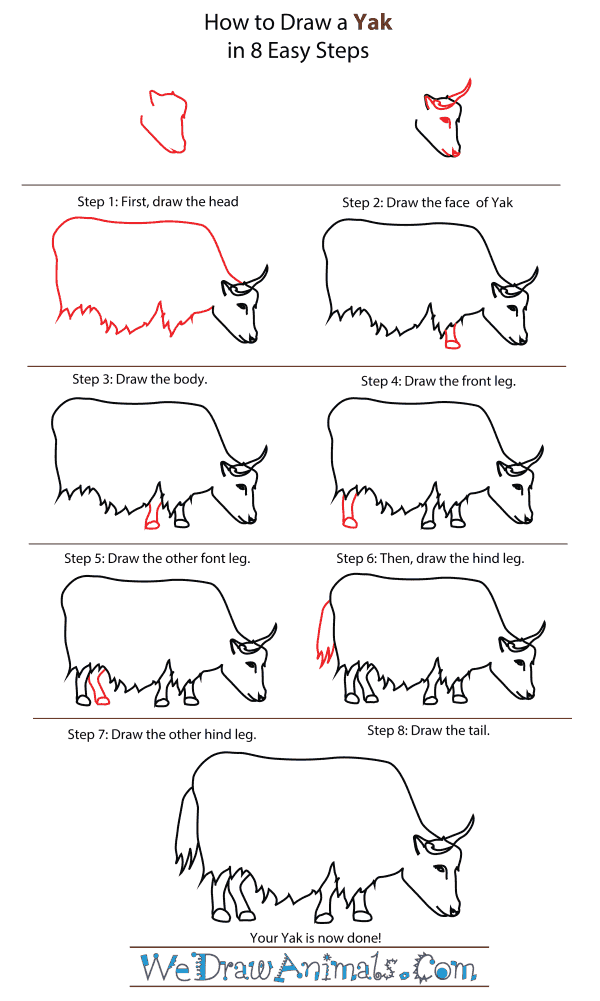 How To Draw A Yak – Step-By-Step Tutorial