How to Draw a Golden Lancehead 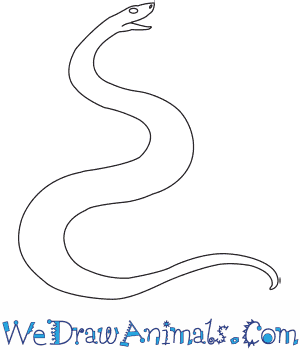 In this quick tutorial you'll learn how to draw a Golden Lancehead in 6 easy steps - great for kids and novice artists.

At the bottom you can read some interesting facts about the Golden Lancehead.

How to Draw a Golden Lancehead - Step-by-Step Tutorial 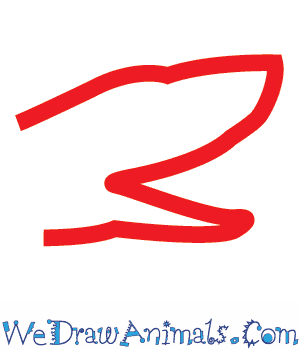 Step 1: First draw the head. This will be small in comparison with the rest of the snake's body! 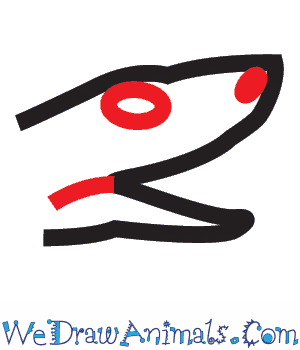 Step 2: Now draw the nose and eyes - did you know that it's a myth that snakes are blind? 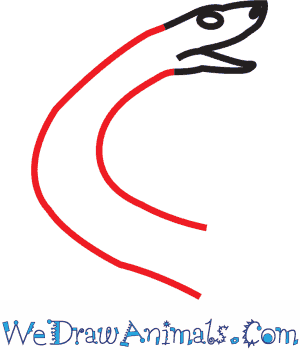 Step 3: Now draw the first body curve. Two curved lines swooping away from the head will do! 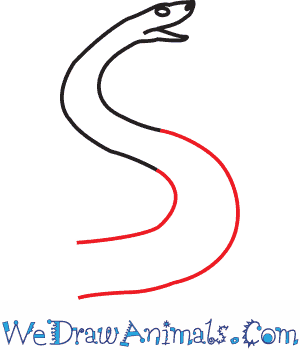 Step 4: Continue with the body. Make sure draw the body thicker the toward the middle of the snake! 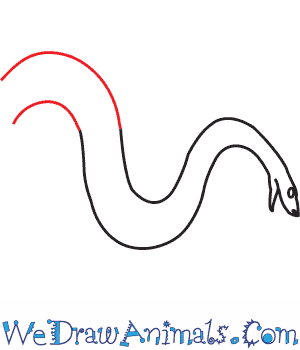 Step 5: Keep on wth the body. Now we begin to make it thinner as it get clsoer to the tail. 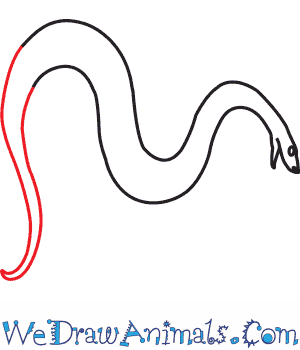 Step 6: Finally draw the tail. Did you know that the golden lancehead can grow up to almost 50 inches?

The Golden Lancehead is a pit-viper that lives on an island called Queimada Grande, which is off the coast of Sao Paulo, Brazil. The snake is yellow with some brown markings. Its head is pointed, which is why it is called “a Lancehead.” A Lancehead can reach about 110 centimeters long and has the normal heat seeking glands that all pit-vipers have. The glands help the snake see their prey since they don’t have very good eye-sight. The Golden Lancehead is very poisonous; it’s so poisonous that its venom is 3-5 times stronger, than its mainland cousins. Golden Lanceheads have adapted to eating birds, since there aren’t a lot of rodent s on their island. They catch the bird, champ down on it with its fangs until the bird dies, and then they eat it.

Activity: A little tempera paint, a paper plate, and a pair of craft google eyes are a cute way to give your kids that pet snake they’ve been asking for. Sponge-paint the paper plate and cut it into a coil. Make the middle of the plate wider so it can be the head and add the google eyes. 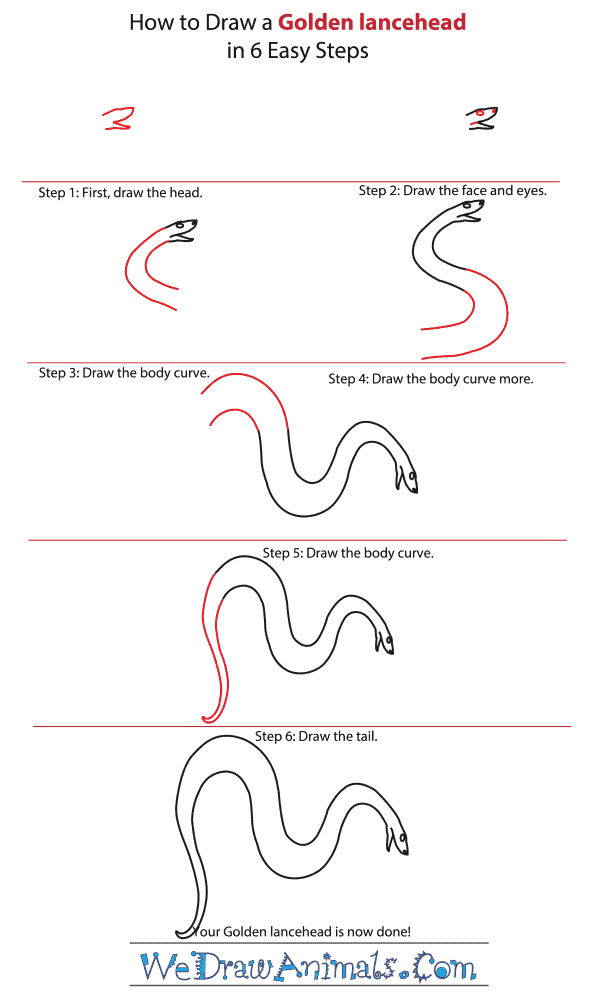 How to Draw a Golden Lancehead – Step-by-Step Tutorial