How to Draw a Golden Frog 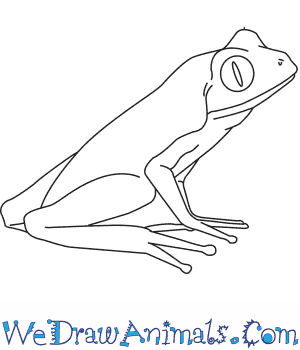 In this quick tutorial you'll learn how to draw a Golden Frog in 5 easy steps - great for kids and novice artists.

At the bottom you can read some interesting facts about the Golden Frog.

How to Draw a Golden Frog - Step-by-Step Tutorial 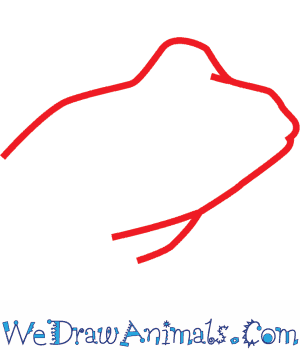 Step 1: Let's get down the shape of our frog's head first. Be sure to add an arch where we'll draw his eye a bit later. 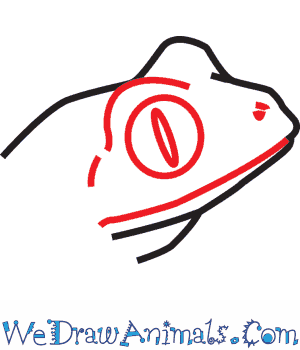 Step 2: Add some detail to the face, give it a mouth and an eye. 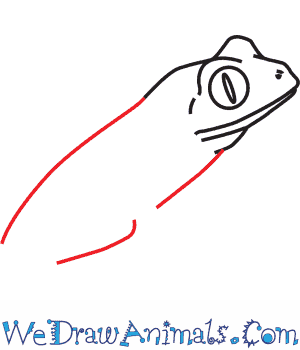 Step 3: Draw the body now. A long curved line for the back and do the same for the front. Leave some spaces for the frog's arms and legs! 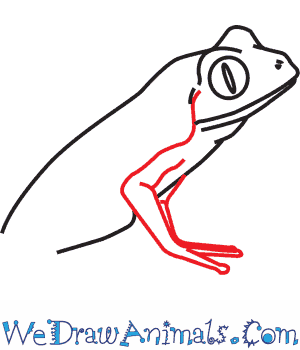 Step 4: Get down the front longs. These will be thin and long, perfect for when the frog needs to cling to walls! 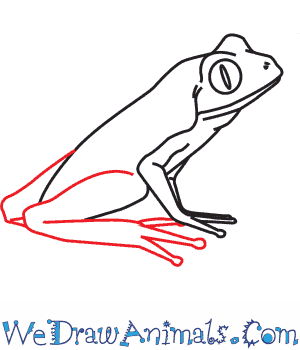 Step 5: Now draw the back legs. These are much thicker than the front legs ebcause the muscles in them are used to launch the frog long distances!

Interesting Facts about the GOLDEN FROG

The Golden Frog is a member of the amphibian family and the scientific term for them is Mantella aurantiaca. This small frog is native to the island of Madagascar where it eats insects. The conservation status of this animal is “Critically Endangered” in relationship to extinction. The collection of this species for domestication to be used as pets, especially for persons who capture rare animals, has led to the drastic decrease in population.

The animal’s color can have various shades of golden yellow, golden orange, or golden red. During the winter season, it is largely inactive. When the weather becomes warm, the frogs emerge from their home, and begin breeding in wetland areas. Clicking sounds are made from the male in concealed parts of the environment, and when females arrive they mate. She lays eggs on leaves near water and rain washes them to ponds. 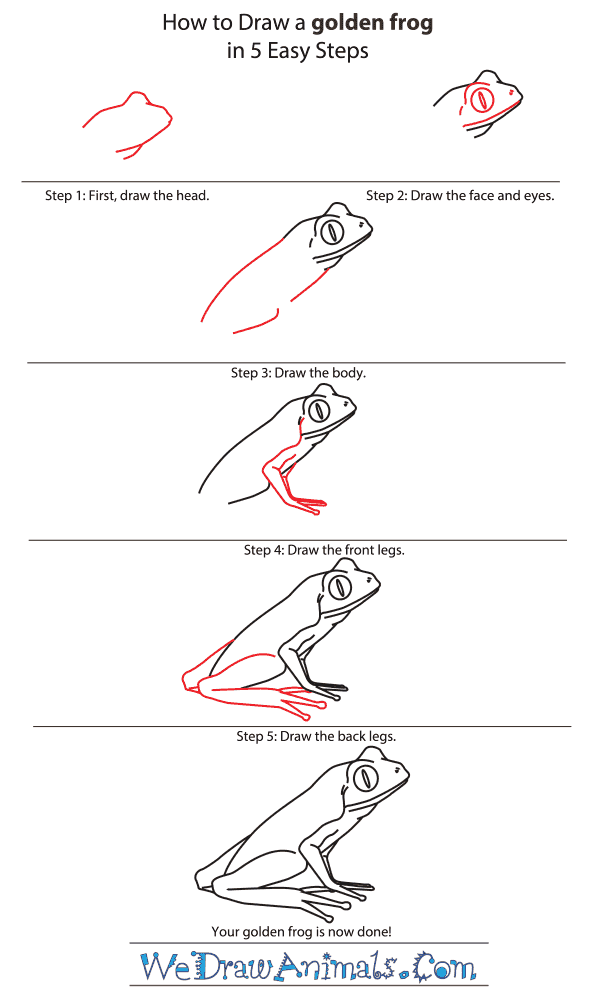 How to Draw a Golden Frog – Step-by-Step Tutorial