How to Draw a Golden Orb Spider 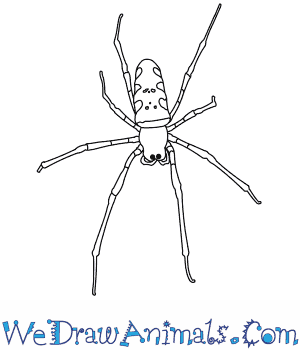 In this quick tutorial you'll learn how to draw a Golden Orb Spider in 7 easy steps - great for kids and novice artists.

At the bottom you can read some interesting facts about the Golden Orb Spider.

How to Draw a Golden Orb Spider - Step-by-Step Tutorial 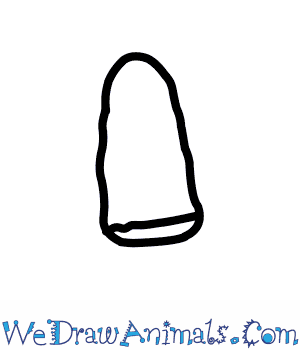 Step 1: Let's start drawing the Golden Orb Spider with the body. Draw a long egg shape closed at one end with a cap. Add another small curve underneath. 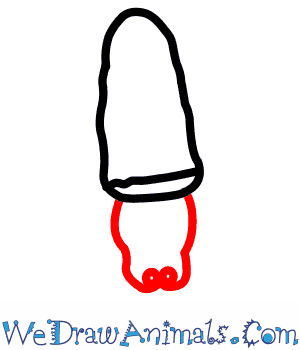 Step 2: To draw the head, make two curved lines with a 'U' shape at the bottom. Add the eyes by drawing two small dots on the bottom. 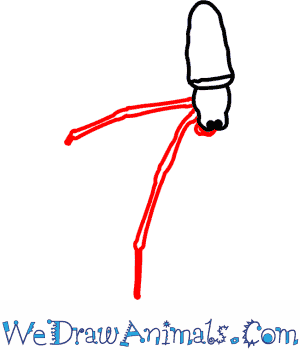 Step 3: Now let's draw the feet on the left side as shown in the picture. Make sure to make the legs pointed at the end! This spider makes large webs that look like an orb, which is where it got its' name. 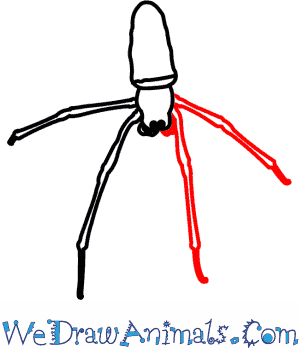 Step 4: Now add two thin legs on the right side. 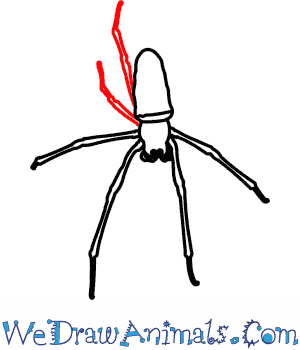 Step 5: Draw the first two hind legs, which are half as long as the front legs. 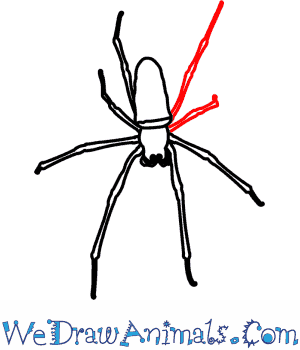 Step 6: Draw the last two legs on the back right as shown. This spider still has 8 legs, but two are very small and close to the mouth. 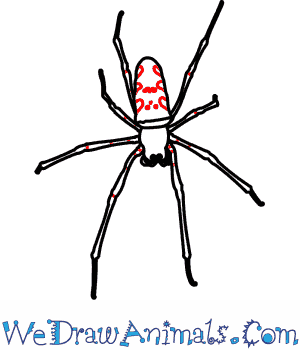 Step 7: Next, add the pattern on the Golden Orb Spider by drawing small circles throughout the body, three on each side. Also add a few dots in the body as well.. Use yellow and black to color your spider.

The Golden Orb Spider is a member of the arachnid family and the scientific term for them is Nephila edulis. The proper name for this spider represents the faint yellow metallic appearance of its abdomen, and the round (orb) shape of its web. Other common names for this species are the Edible Golden Silk Spider and the Golden Silk Orb-Weaver. The Latin name edulis, means “edible” because this animal is an item on the indigenous human’s cultural habits for food.

This large and non-poisonous spider is a native to the tropical and temperate areas of Australia and its islands. They belong to the Nephilidae family because they have the instinct of repairing their web when it becomes damaged. Each side of the web has a reinforced strength of special silk to resist sudden destruction. Breeding season is between February and May. Jacques-Julien Houtou de Labillardiere was a French biologist who explored this continent, New Guinea, and New Caledonia. During this period, he discovered the species in each place. 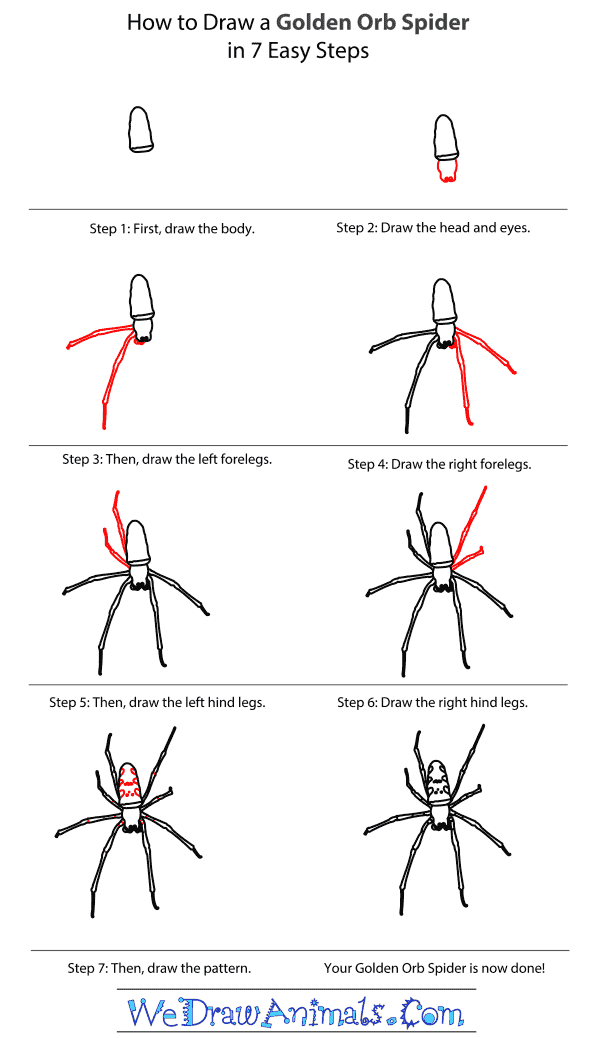 How to Draw a Golden Orb Spider – Step-By-Step Tutorial