How to Draw a ﻿Turtle Dove 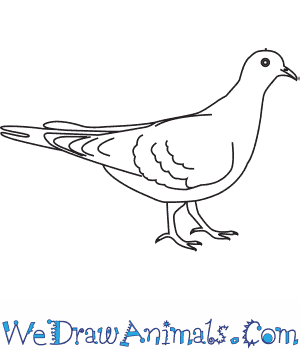 In this quick tutorial you'll learn how to draw a Turtle Dove in 7 easy steps - great for kids and novice artists.

At the bottom you can read some interesting facts about the Turtle Dove.

How to Draw a Turtle Dove - Step-by-Step Tutorial 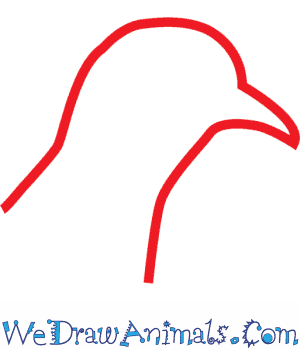 Step 1: To start the Turtle Dove, draw a curved shape for the top of the head with a point sticking out of the right side for the beak. 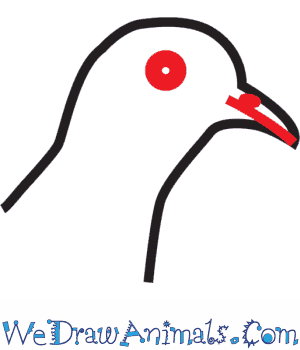 Step 2: Draw a small circle for the eye, and then add a small line in the beak for the mouth. 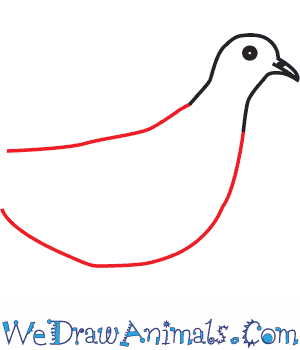 Step 3: To draw the body, draw a smooth line down the back. For the front, add a long curved line, leaving space open in the back for the ail. 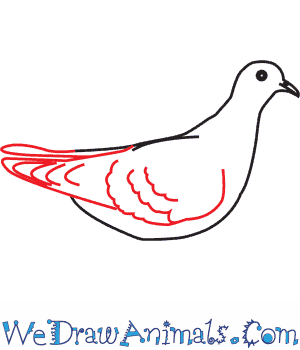 Step 4: Now, draw the wing by making an ice cream cone shape. Draw several curved lines at the back for feathers. Turtledoves have a wingspan of about two feet! 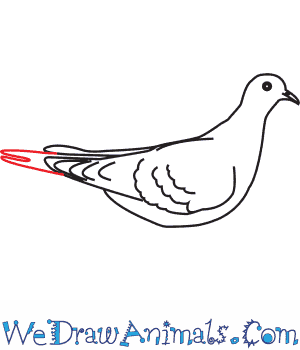 Step 5: Draw the tail feather by adding two lines down connected by a round tip. 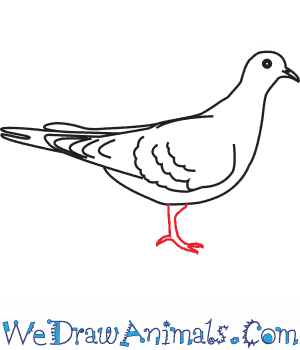 Step 6: Add the front leg by drawing two lines going downward with a few small pointed toes. Draw two toes forward, and one toe in the back of the foot. 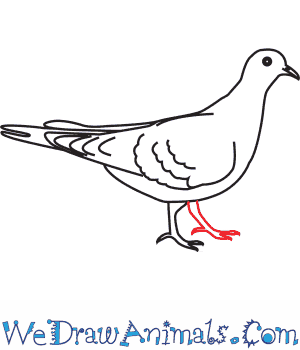 Step 7: Now, add the second leg to match the first. Color the Turtledove's body gray, with the wings being yellow and black. This dove gets it's name because the pattern on it is like a turtle's shell pattern.

Interesting Facts about the TURTLE DOVE

The Turtle Dove is a member of the bird family and the scientific term for them is Streptopelia turtur. Another common name for this species is the European Turtle Dove. This animal gets its name from the turtle shell pattern that they have on their back. They are a member of the Columbidae family that includes the dove and pigeon relatives.

They inhabit the woodlands of Europe and Asia to feed on seeds from the ground, but migrate to northern Africa in the winter, where it nests in large gardens. Since they mate for life, and make a mournful sound, they are regarded as a symbol of loving devotion. Many popular works of literature therefore, make references to this species, such as Shakespeare, the Christian bible, and many famous songs. There are not many of these creatures, but they are the least concern for a possibility of extinction. 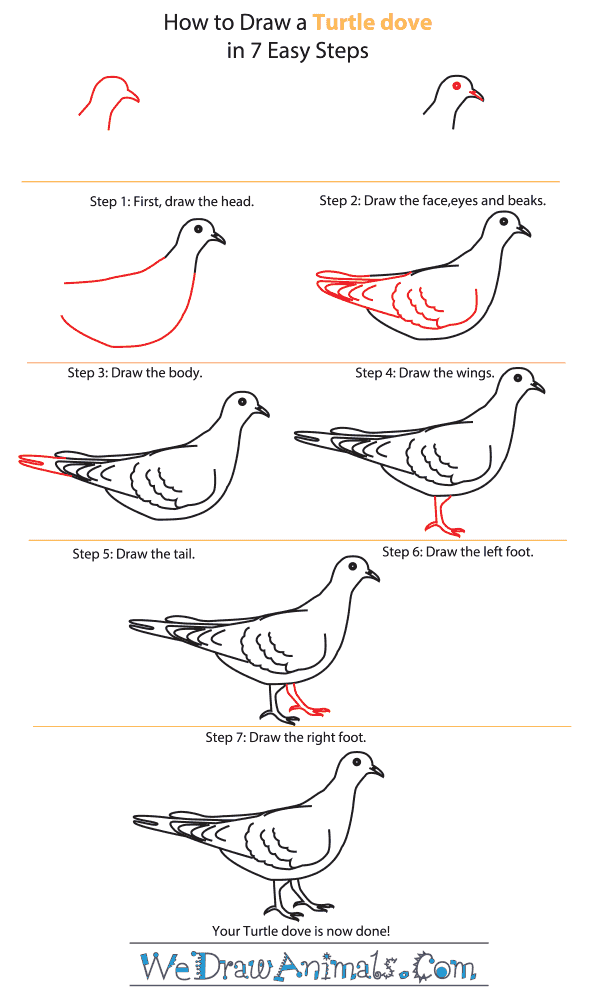 How to Draw a ﻿Turtle Dove – Step-by-Step Tutorial

Previous post: How to Draw a Golden Orb Spider