How to Draw a Whiting 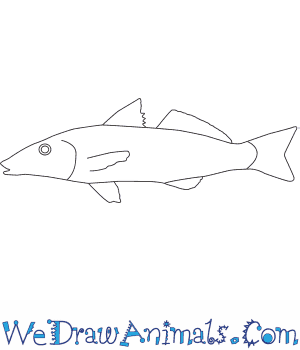 In this quick tutorial you'll learn how to draw a Whiting in 5 easy steps - great for kids and novice artists.

At the bottom you can read some interesting facts about the Whiting.

How to Draw a Whiting - Step-by-Step Tutorial 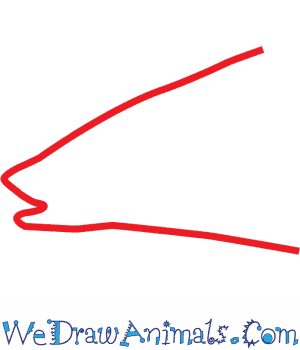 Step 1: Let's draw a Whiting, a fish species named because of the shimmering skin. To start, draw the head by making a round cone shape with a small 'v' cut out for the mouth. 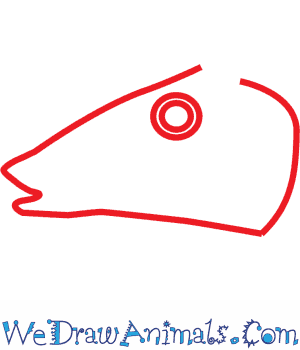 Step 2: Close off the back with a curve and add two circles for the eye. Color the inner circle black. 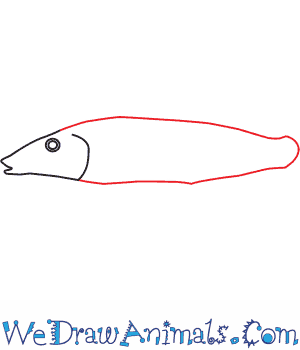 Step 3: For the body, draw two long curved lines and connect them at the end. Make the lines closer together towards the end of the body. The Whiting can grow up to 2.5 feet long. 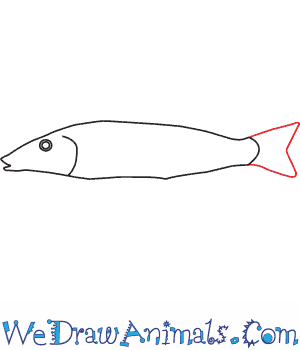 Step 4: For the tail, draw two curved lines going outward, and then close them off with a 'V' shape. 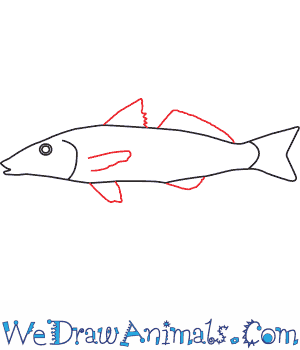 Step 5: This species has three upper fins and two lower fins. Add the upper fins by drawing two triangle shapes along the back. The top fins can have up to 10 folds each. Then, draw a rectangle shape in the middle for the middle fin. Finally, add two triangular shapes underneath for the bottom fins. Color the Whiting Gray or light Green with black spots near the gills.

Interesting Facts about the WHITING

The Whiting is a member of the fish family and the scientific term for them is Merlangius merlangus. This animal is named after its shimmering color, but other fish species have been given this name because of their variation of white also. They are an important source of food in the eastern North Atlantic Ocean, northern Mediterranean Sea, western Baltic Sea, and Black Sea.

These animals have a characteristic thin and narrow flap under their chin, and are bluish, greenish or yellowish-brown, with a black spot near its gills. The bottom of their body is a silverfish color. Its relative is the Codfish that is prone to a parasite that the Whiting can also have, which is a worm that attaches to the gills of the fish and weakens it. 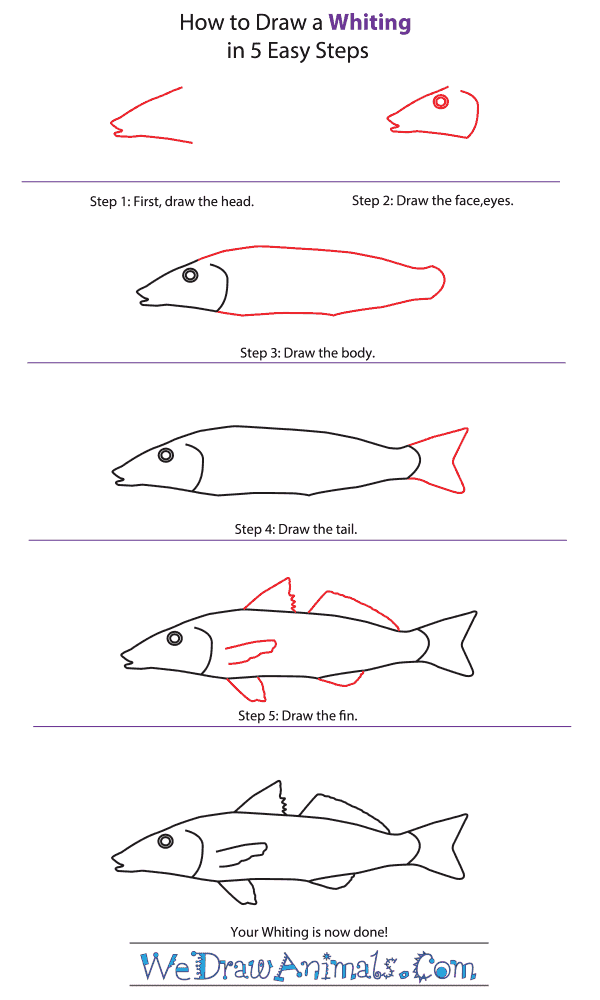 How to Draw a Whiting – Step-by-Step Tutorial