How to Draw a Goliath Bird-Eating Spider 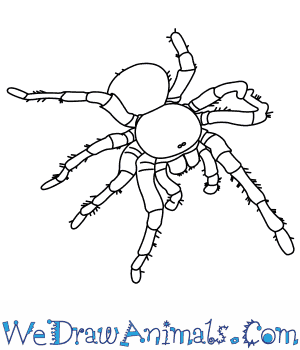 In this quick tutorial you'll learn how to draw a Goliath Bird Eating Spider in 8 easy steps - great for kids and novice artists.

At the bottom you can read some interesting facts about the Goliath Bird Eating Spider. 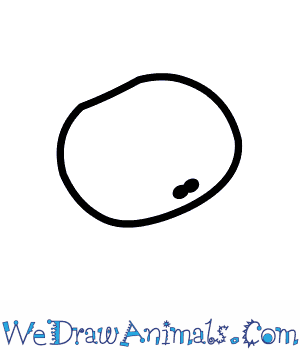 Step 1: Start by drawing a circle for the head and add two dots at the bottom of the circle for the eyes. The Goliathn Bird-Eating Spider does not have great vision, so they hunt by vibrations. 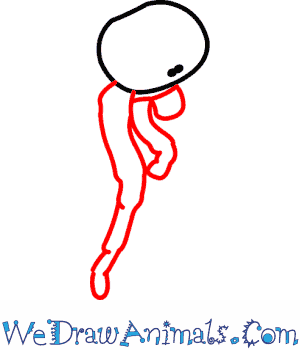 Step 2: Now let's draw the front three right legs. Notice the first two are much shorter than the third. The Spider uses these legs to capture prey form its' underground hole. 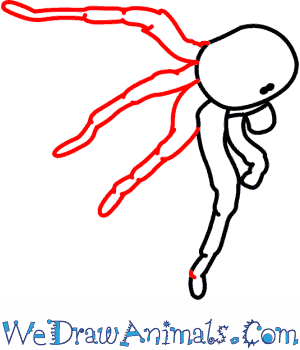 Step 3: Now draw the third right hind legs. The Goliath Bird-Eating Spider has legs that are much thicker than a normal spider because they do not spin a web. 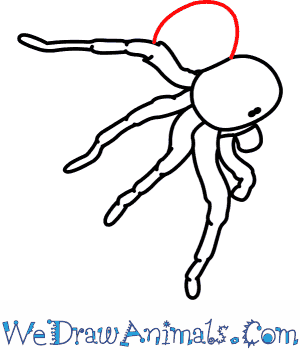 Step 4: Draw the body of the spider by adding a curved line attaching the head to the farthest hind leg. 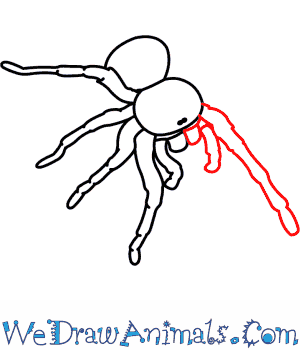 Step 5: Now, draw the three front legs to match the right legs. Remember to keep them thick like the other legs. Goliath Bird-Eating Spiders are the second-largest in the world. 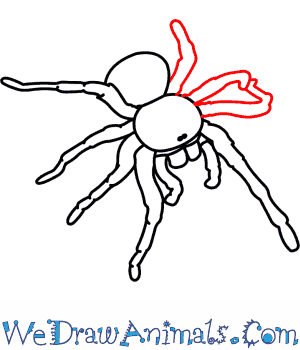 Step 6: Continue by drawing the three left hind legs from that side of the body. 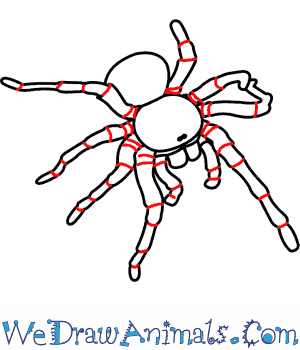 Step 7: Draw patterns on the spider by adding lines throughout the legs of the spider. 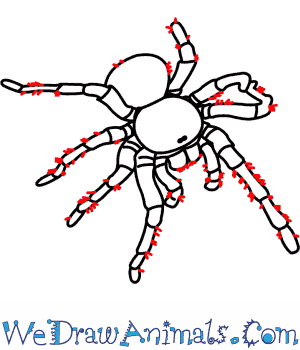 Step 8: Next, add the hairs all over the spider by drawing short lines throughout the legs. Goliath Bird-Eating Spiders are very hairy. You can color this spider dark brown.

Lesson Plan Note: Goliath Bird-Eating Spiders are a great addition to a cultural study. This topic can be part of a study of South America and its countries. This idea would work for any age group. 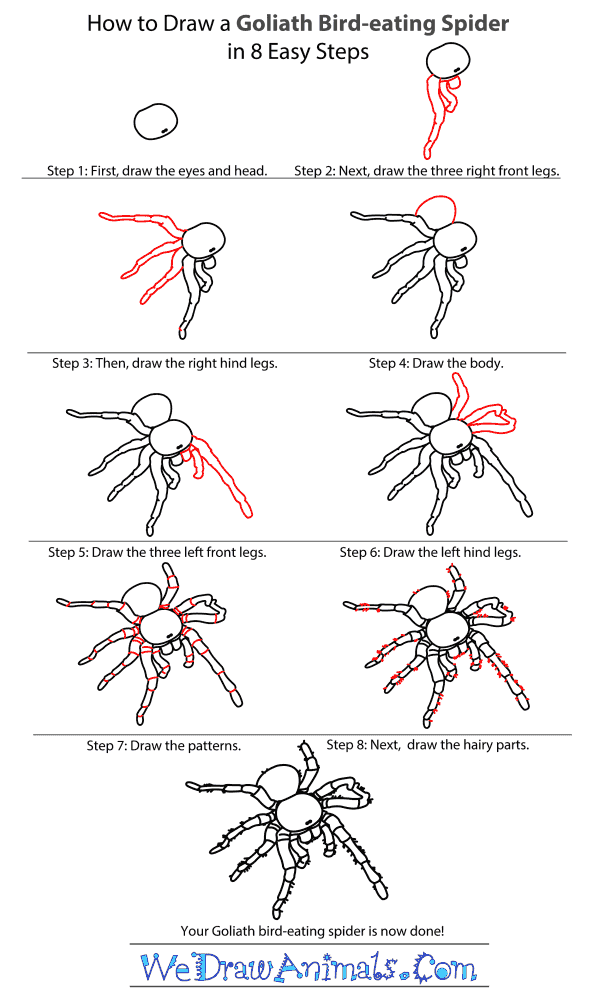