How to Draw a Kakapo 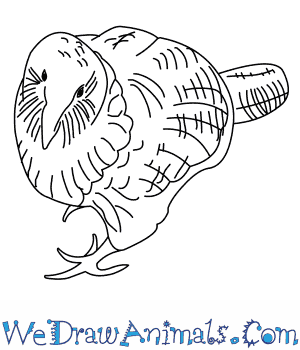 In this quick tutorial you'll learn how to draw a Kakapo in 7 easy steps - great for kids and novice artists.

At the bottom you can read some interesting facts about the Kakapo.

How to Draw a Kakapo - Step-by-Step Tutorial 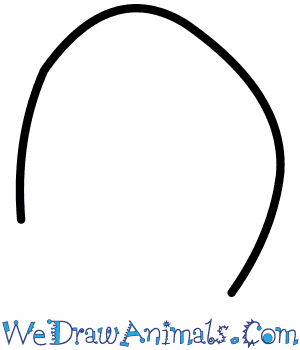 Step 1: To start the Kakapo, start with the head by drawing a draw a curved line, leaving it open at the bottom almost like an open circle. 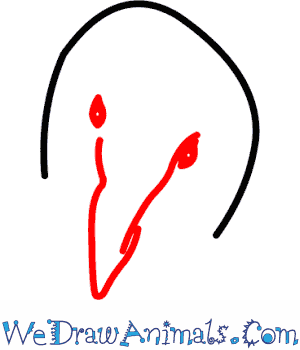 Step 2: Draw the face by making a 'V' shape for the beak, and then add two small ovals for the eyes. The Kakapos is also called the "Owl Parrot" because it's face looks like an owl's. 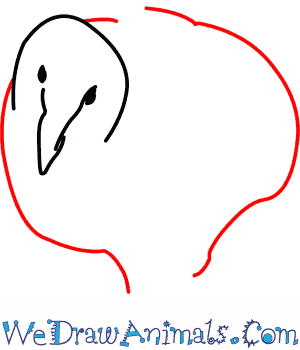 Step 3: To draw the body, make a long curved line on the left that extends down at the bottom. The right side should be a little rounder. The Kakapo is a small chubby bird. 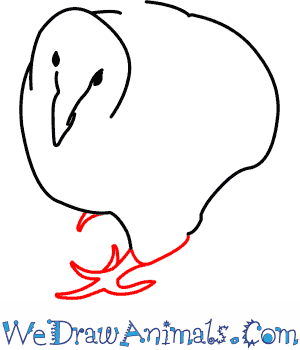 Step 4: Add the hind legs by drawing curved lines to make the pointy feet as shown in the picture. Kakapos have four toes on each of their feet. 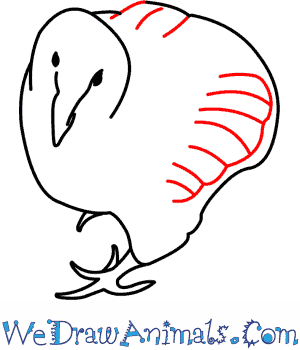 Step 5: To draw the wings, make small curved lines within the body with round wing tips. Kakapos cannot fly, so their wings are very short. 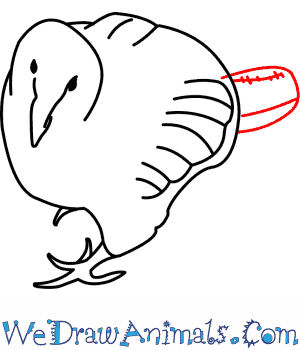 Step 6: Draw the tail on the right side by making an rounded rectangle shape and adding several lines inside for feathers. 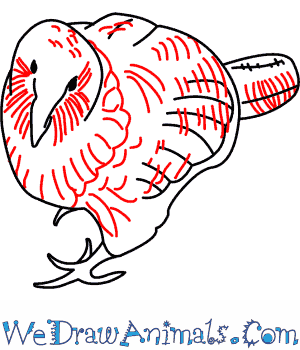 Step 7: Draw the feather patterns all over the body. For the face, draw lines extending out from the eyes. To color the Kakapo, use mostly green for the body and yellow for the beak and feet.

Kakapos are very unusual animals. They are the only ground living parrot, and they live on four little islands around New Zealand. The islands are called the North and South Stewart, the Codfish, and the Chalky. When people first came to the islands they hunted the Kakapos near death. There has been a surge in the population around 2012, but they are still considered critically endangered. Kakapos don’t fly, they can’t. Since they can’t fly they come out at night to eat. They are mossy green with yellow and very chubby. As a matter of they are the heaviest parrot at 4 to 9 lbs.

Activity: The mating habits of Kakapo are a great chance to show your students how sound is amplified. For younger students create color sheets with a Kakapo drawing. 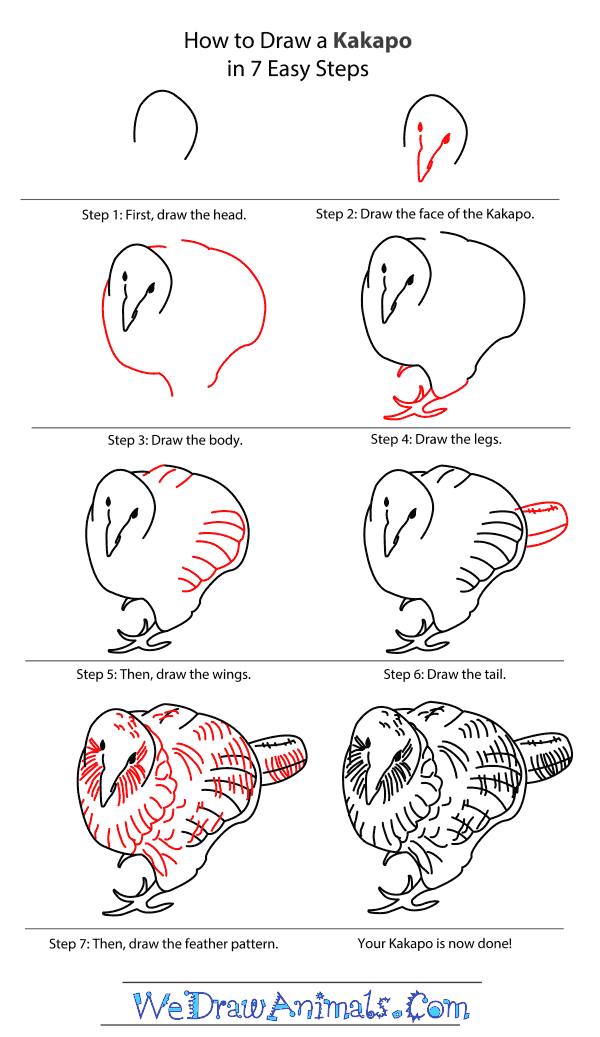 How to Draw a Kakapo – Step-By-Step Tutorial

Previous post: How to Draw a Goliath Bird-Eating Spider