How to Draw a Greek Tortoise 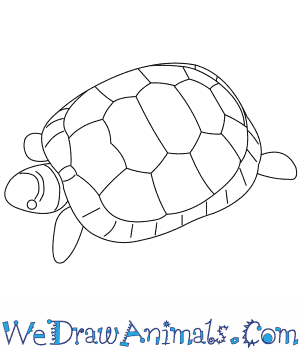 In this quick tutorial you'll learn how to draw a Greek Tortoise in 7 easy steps - great for kids and novice artists.

At the bottom you can read some interesting facts about the Greek Tortoise.

How to Draw a Greek Tortoise - Step-by-Step Tutorial 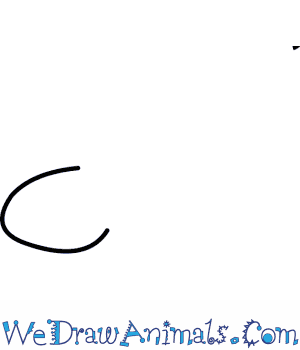 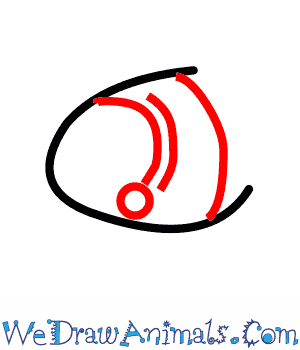 Step 2: Draw a small circle in the bottom of the head, next to one medium, small, and one large curve that go from the bottom to the top of the head. 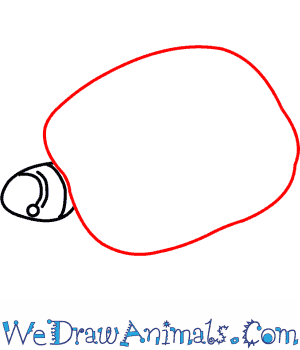 Step 3: For the body, draw a square with curved corners that connects to the head. 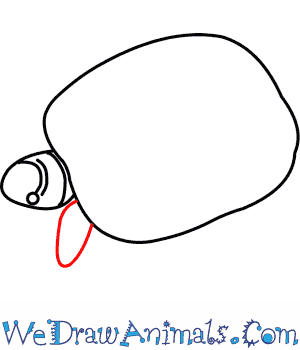 Step 4: Under the head, draw a curved V-shape whose top ends meet the shell. 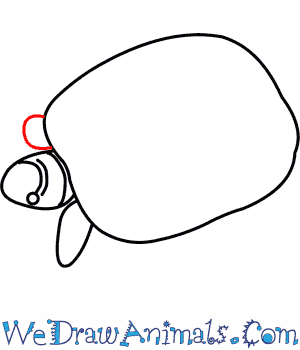 Step 5: Above the head, draw a small C-shape whose ends meet the shell. 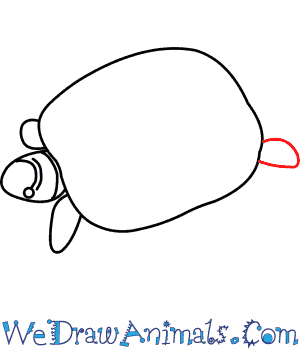 Step 6: On the lower side of the rear end, draw another curve whose ends meet the shell. 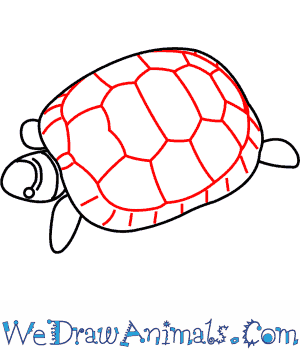 Step 7: Draw a large circle on the shell. Draw a line pattern in the outer ring of the shell. Draw a hexagonal pattern in the inner ring of the shell. (If you have trouble with this you can just draw some simple shapes connected with lines instead.) Done! There are many subspecies of Greek tortoise that all look different. You can look up specific one if you want to color your realistically. This reptile can be found throughout North Africa, southern Europe, and southwest Asia. Greek tortoises are strict herbivores.

Interesting Facts about the GREEK TORTOISE

The Greek Tortoise is a member of the reptile group and the scientific term for them is Testudo graeca. Geographically, the English name indicates that they are a relative of the Egyptian Tortoise. Their Greek name Testudo means “tortoise” and the Latin name graeca means “Greek.” Another common name for this species is the Spur-Thighed Tortoise.

After hibernation males follow, encircle, bite, ram, and mount the female. During mating males open their mouth which reveals the red tongue while making squeaking sounds. The female moves the front part of her body to the rhythm of the male’s voice. Male babies try to mate with the other males in the pen. If there is a baby female, males kill the other males to avoid competition for mating with the female. About a week before laying eggs the female is busy smelling, digging, and tasting soil, before choosing an area for the nest. About a day before laying eggs the female mounts other animals nearby, in the manner that she experienced, to scare them away from her nest. These animals have a low population amount and are considered to be vulnerable for extinction. 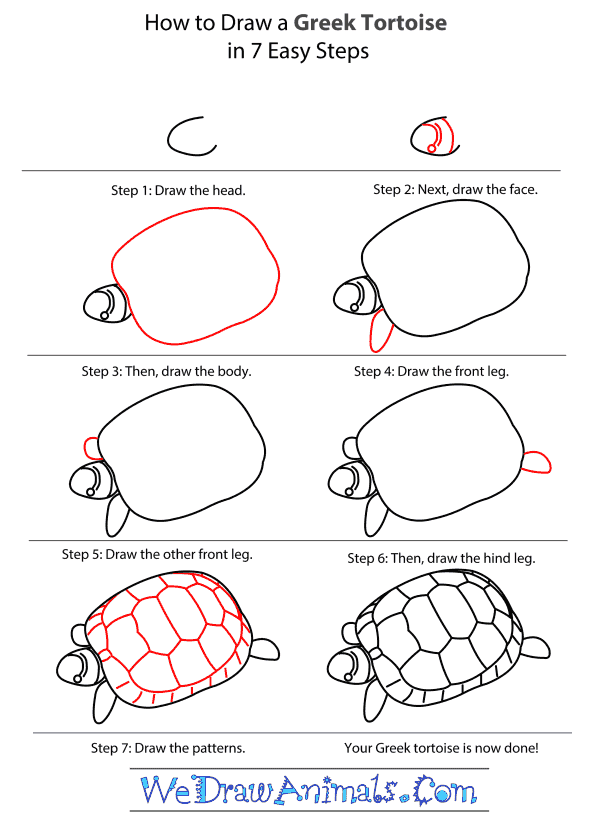 How to Draw a Greek Tortoise – Step-by-Step Tutorial

Previous post: How to Draw a Great Crested Newt