How to Draw a Green Forest Lizard 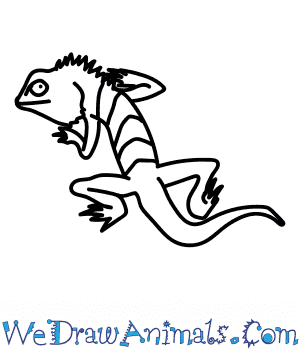 In this quick tutorial you'll learn how to draw a Green Forest Lizard in 7 easy steps - great for kids and novice artists.

At the bottom you can read some interesting facts about the Green Forest Lizard.

How to Draw a Green Forest Lizard - Step-by-Step Tutorial 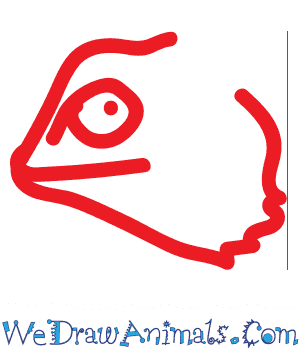 Step 1: Draw the head, make the bottom longer, rouded, and jagged for its cheek 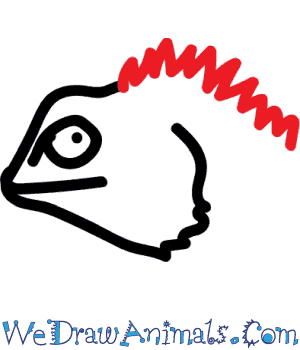 Step 2: At the top, draw small spikes coming from its head 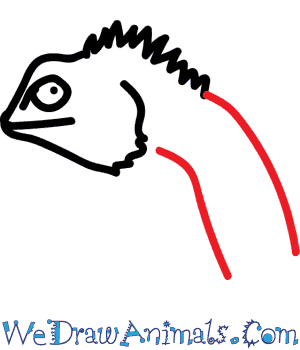 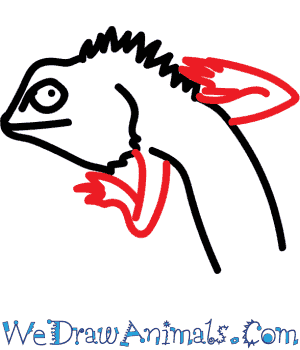 Step 4: Front legs are next, they need to be bent forward 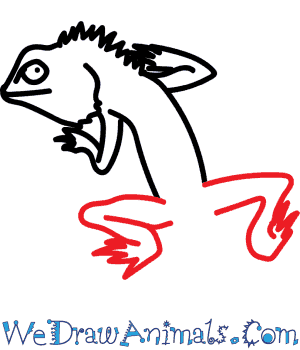 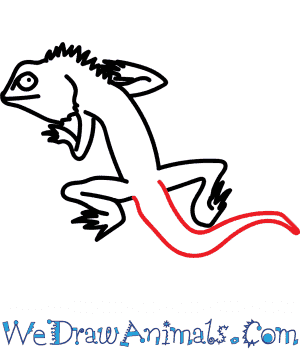 Step 6: Draw a long tail, because this guy has a big one 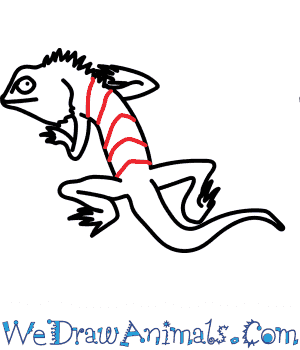 Step 7: Add lines along its "back" for stripes

This large species of lizard is native to the Indian subcontinent, and grows up to twenty-five inches in length from nose to tail. They are a forest-dwelling lizard that is found in India and Sri Lanka. They have very pronounced green and white scales on their bodies, but what stands out the most are their colorful and large heads. Their heads may be up to twice as wide as their body, and usually boast a unique array of black, orange and red coloring. It is only mature males who have this trait, as the heads of females and immature males tend to be a bright greenish-yellow that suitably matches the color of the rest of their body. There is not much known about the roosting habits of this species, but it is known that they will reside in trees heavy in foliage. This is presumably so that they can blend in with their surroundings.

Arts and Crafts Activity Notes: Draw the green forest lizard and make enough copies for every participant. Distribute the copies and have each person color in their lizard with colored pencils, markers or crayons. Instruct them to color the scales on the body to show their name or initials, and then once the coloring is done instruct them to cut them out using safety scissors. Proceed to use these lizards to decorate a surface of the room, such as a door, or personal areas like cubbies or desks. 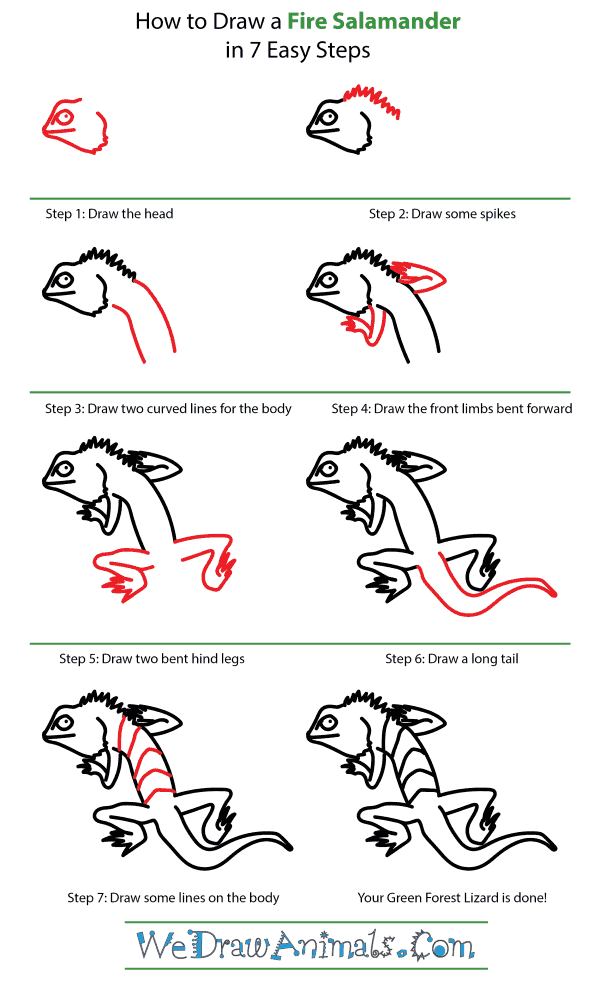 How to Draw a Green Forest Lizard – Step-by-Step Tutorial