How to Draw Dodrio Pokemon 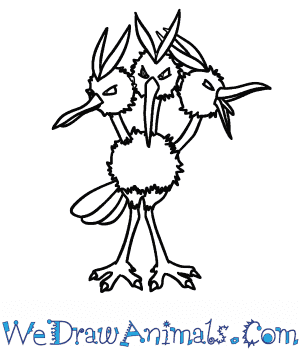 In this quick tutorial you'll learn how to draw Dodrio in 7 easy steps - great for kids and novice artists.

At the bottom you can read some interesting facts about the Dodrio.

How to Draw Dodrio - Step-by-Step Tutorial 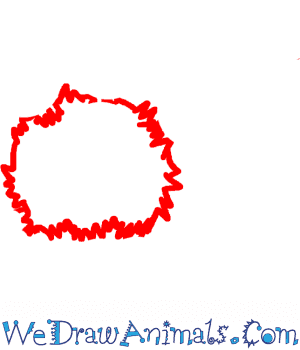 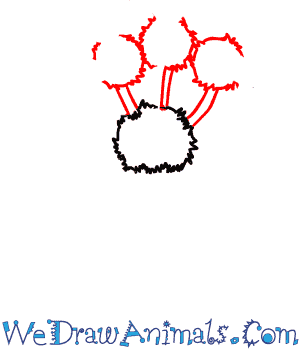 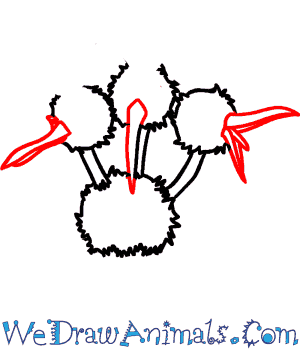 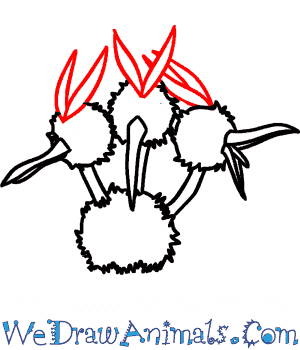 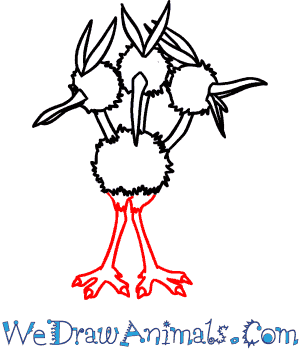 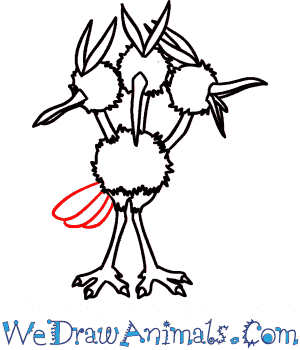 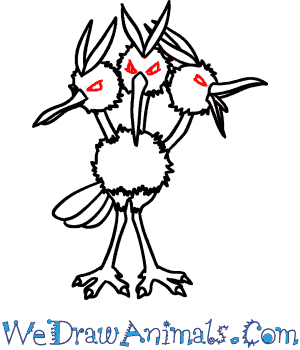 Interesting Facts about the Dodrio

Dodrio is the evolution of Doduo, and as its name suggests this Pokemon has three heads instead of two. Unlike its previous incarnation, Dodrio’s three heads are all independent, capable of forming their own ideas and thoughts. Each head is associated with a different emotion: Anger, Joy and Sorrow. These three brains work together to solve problems and to confer on strategy when trying to escape or win a fight. Though this Pokemon is classed as a flying/normal type, it actually has no wings at all and cannot fly. Each head possesses a long, sharp beak and black V-shaped crest. They also have sharp claws on the toes of their two feet, which help in running on less than entirely solid ground, and take down prey.

Additional Facts about Dodrio: This species is considered quite rare, and very unique in how it evolves. When Doduo evolves into Dodrio, one of its two heads will split to create the third one. When these three heads are facing different directions, that usually means that this Pokemon is alarmed, and at this time it is definitely not safe to go anywhere near it. If it becomes startled, it will give out a vicious pecking. Though they don’t share hearts or lungs, it seems that the Dodrio’s heads to share a stomach, as only one of them has to eat for the whole creature to be completely satisfied. 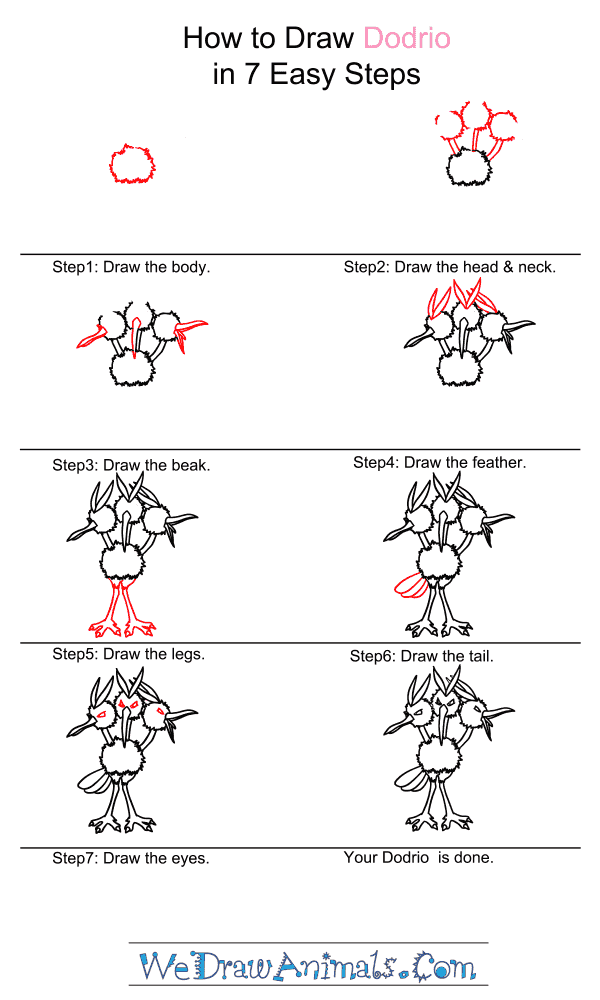 How to Draw Dodrio – Step-by-Step Tutorial

Next post: How to Draw a Green Forest Lizard Pokemon