How to Draw a Green Heron 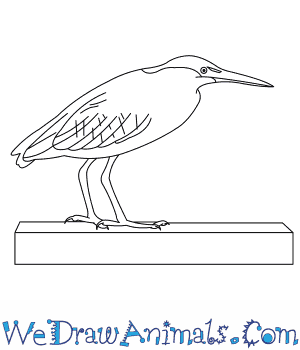 In this quick tutorial you'll learn how to draw a Green Heron in 7 easy steps - great for kids and novice artists.

At the bottom you can read some interesting facts about the Green Heron.

How to Draw a Green Heron - Step-by-Step Tutorial 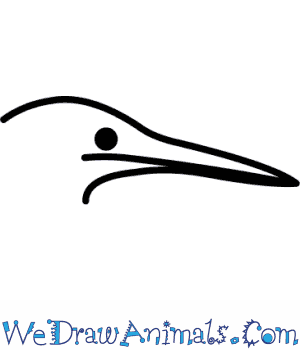 Step 1: Draw a long, thin V with a line through the middle on its side. Add a curve going from the top end, and a dot near the meeting point. 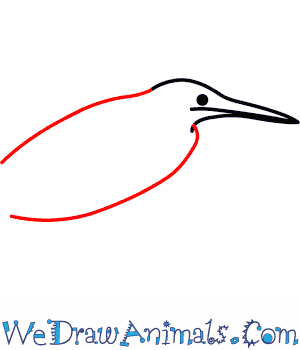 Step 2: Draw a long curve down from each end of the head. 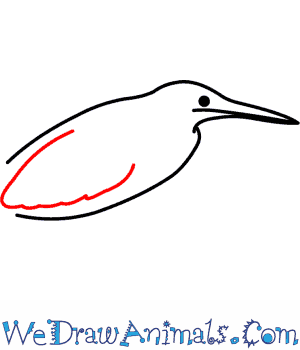 Step 3: Draw a curved V, with a zig-zagging lower side, in the body. 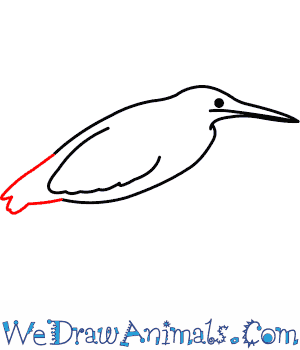 Step 4: Close off the body with two lines that meet in a W shape. 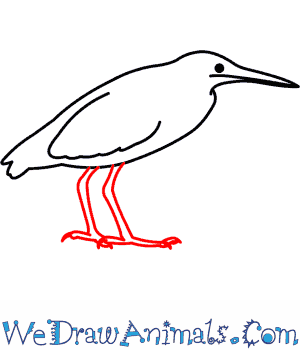 Step 5: Under the body, draw two lines that go down and back, then bend down and forward, ending in a long toe going back and one going forward. Repeat. 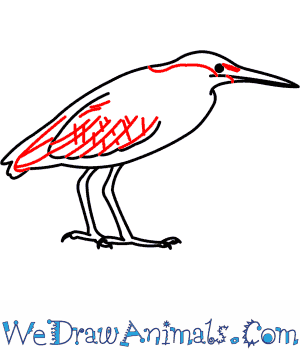 Step 6: Add curves and crisscrossing lines on the wing and tail, a curve near the eye, and another from the mouth to the back of the neck. 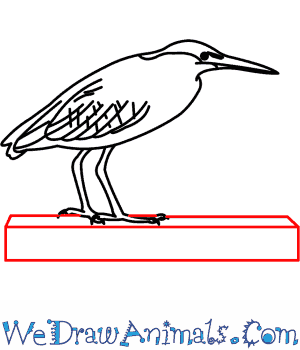 Step 7: Draw a rectangular block under the feet. Done! You can color it with a green head, greenish black wings, a brown chest with a white stripe down the middle, and yellow legs. Green herons are some of the few animals in the world to use tools. They use any small scraps of food they can as fishing bait!

Green Herons are small herons that live on Southeast Asia, Africa, and South America. They have a lot of names and even a sister species found in North America and the Galapagos Islands. Green Herons are a blue gray color with white underparts. Their head has a black cap and there is a line that begins under their eye and runs all the way down to its bright yellow legs. Their beak is sharp and long and used to pluck food out of the water. Green Herons eat small fish, frogs, and water bugs.

Theme: “Meet the Herons!” Take a week to study the different types of Herons in the world. Don’t forget about the Green-Backed sisters. But also remember the Blue Heron, the White Heron, and etc. 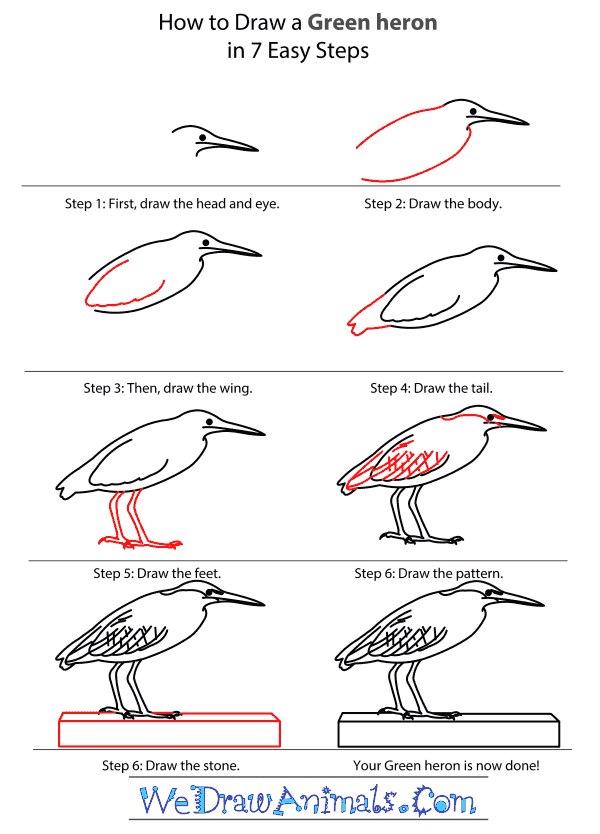 How to Draw a Green Heron – Step-by-Step Tutorial