How to Draw a Green Tree Frog 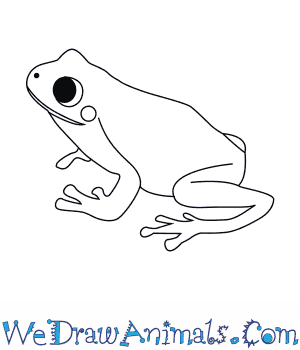 In this quick tutorial you'll learn how to draw a Green Tree Frog in 6 easy steps - great for kids and novice artists.

At the bottom you can read some interesting facts about the Green Tree Frog.

How to Draw a Green Tree Frog - Step-by-Step Tutorial 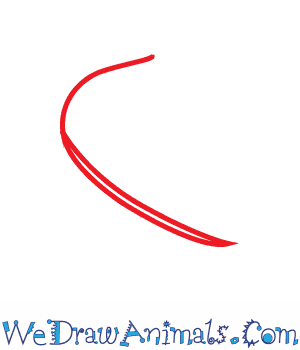 Step 1: Draw a curved angle with a small curved line along the bottom. 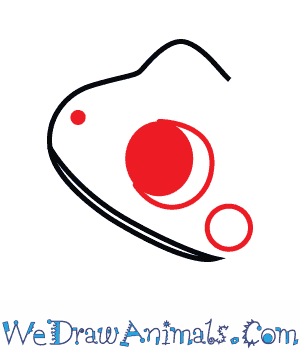 Step 2: Add a bump on the top end. Draw a small dot in the point, a circle with a black circle within it in the middle, and a smaller circle to the side of that. 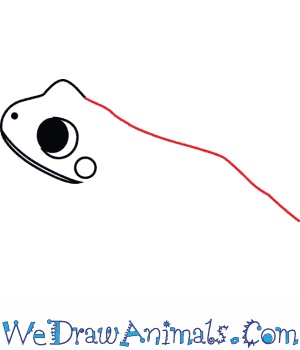 Step 3: Draw a line with a bump in the middle from the back of the top of the head. 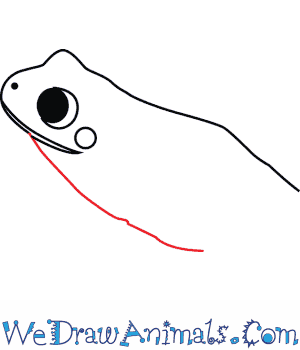 Step 4: Draw a curve from the bottom middle of the head. 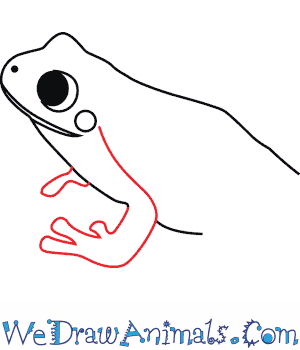 Step 5: Draw a line that goes down from the cheek to the middle of the body, down under it, then turns back and forth into three rounded points and connects to the body. Draw one rounded point just above the first foot. 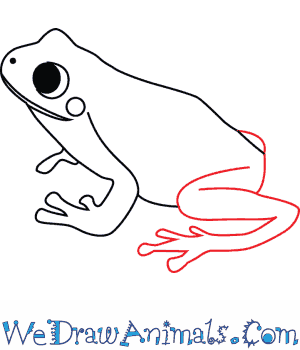 Step 6: Refer to the image as a guide, and draw a sideway U that points to the belly. Draw a V pointing in the opposite direction that overlaps with the U. Connect the U and V shape with a four-pronged shape. Connect the point of the V to the back of the body with a curve that goes up and meets the rear end. Done!

Green Tree Frogs are brown spotted frogs that live only in India. They live near mountain streams and perch in bushes close to the water so they can escape if need be. This frog only lives in the Nilgiri Hills in the Western Ghats.

Lesson Plan Note: Animals only found in certain parts of the world are great subjects for science classes! The Western Ghats is considered one of the most diverse regions for wildlife. Explore the diversity with your class! 5000 species of flowering plants, 139 mammals, 508 birds, and 325 of those are considered endangered species! 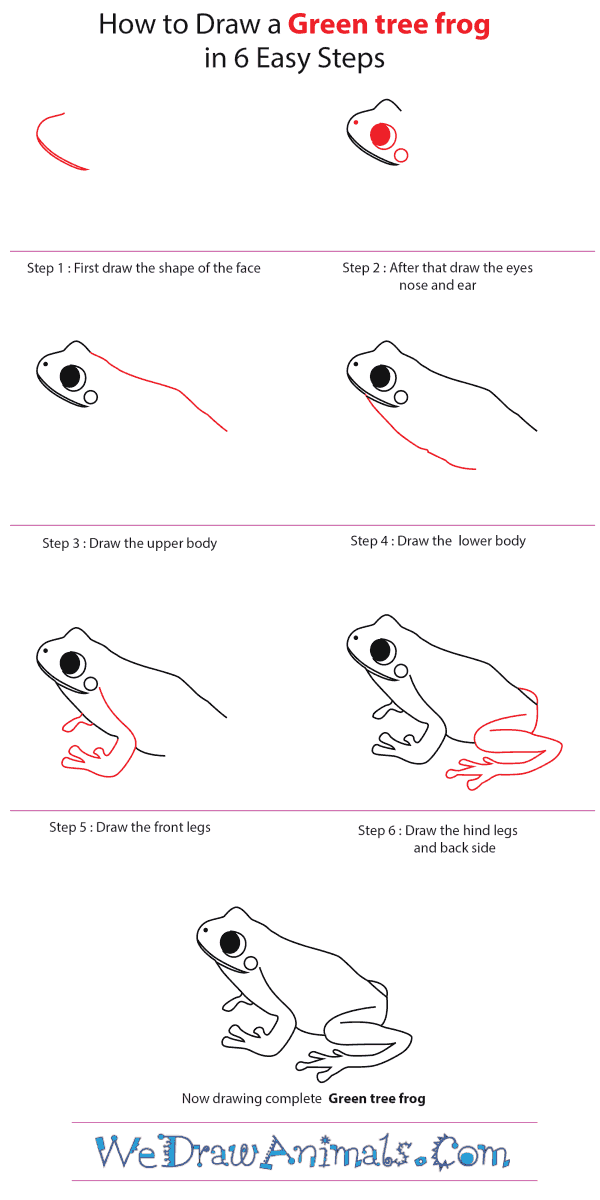 How to Draw a Green Tree Frog – Step-by-Step Tutorial