How to Draw a Green Turtle

In this quick tutorial you'll learn how to draw a Green Turtle in 7 easy steps - great for kids and novice artists.

At the bottom you can read some interesting facts about the Green Turtle.

How to Draw a Green Turtle - Step-by-Step Tutorial 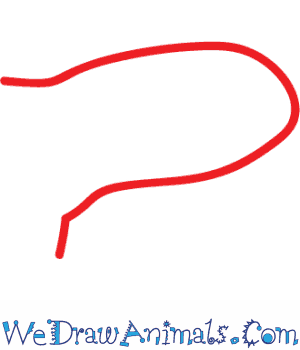 Step 1: To draw a Green Turtle start with its head. To draw the head, draw an elongated semi circle. 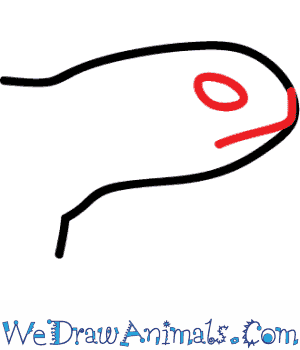 Step 2: Next you will need to add the Green Turtle's face. Draw a small circle for the eye and a straight line for the mouth. 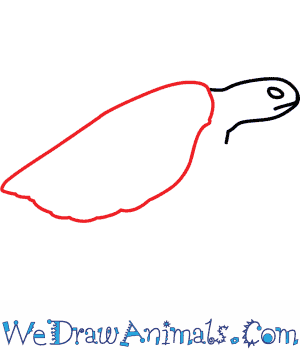 Step 4: To draw the pattern on the carapace, draw different sizes of squares to form the above pattern. 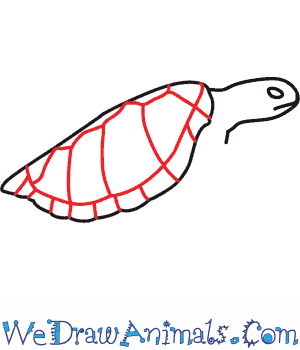 Step 5: Now you will need to draw the front flipper. To draw the flipper, draw a long triangle that connects to the underside of the body. 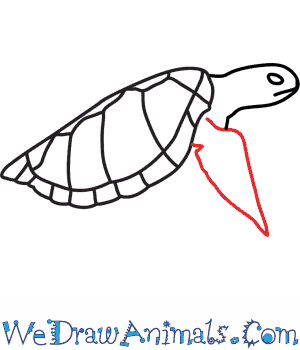 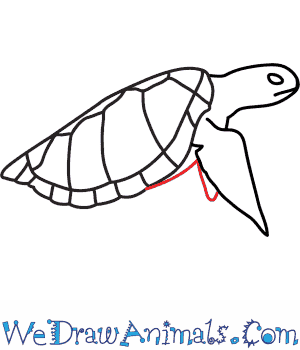 Step 7: For the final step you will need to add the back flipper and the tail. For the flipper draw a long arc shaped line coming out the back of the carapace and for the tail draw a small triangle coming out of the top. You now have created you Green Turtle.

Interesting Facts about the GREEN TURTLE

The Green Turtle is a member of the reptile family and the scientific term for them is Chelonia mydas. Other common names for this species are Green Sea Turtle, Pacific Green Turtle, Black Turtle, or Black Sea Turtle. It is the only species of its type, and they live in the tropical parts of the Atlantic and Pacific Oceans, adults eating mostly seagrass in shallow lagoons while babies are carnivorous in the open ocean.

Pregnant turtles travel at any season, to their birthplace for making the nest. Turtles can rest or sleep underwater for several hours at a time. This animal is only eaten by humans and large sharks. Other causes of death are due to the value of their skin, shell, and meat. Since there are so few of these creatures, they are endangered to be extinct. 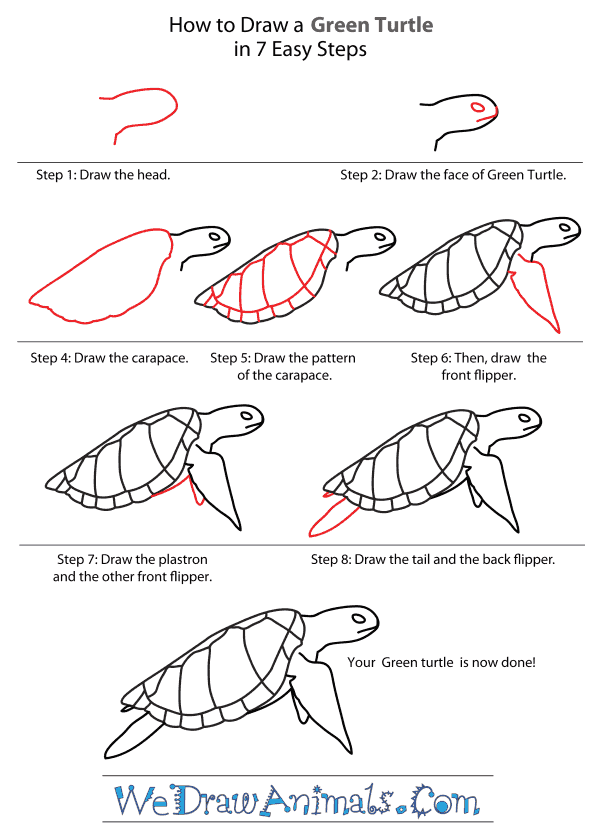 How to Draw a Green Turtle – Step-By-Step Tutorial