How to Draw a Grenadier 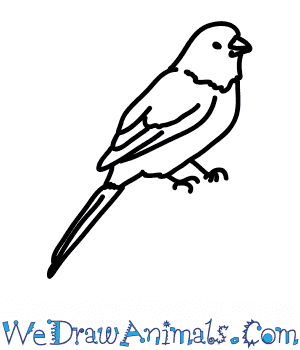 In this quick tutorial you'll learn how to draw a Grenadier in 5 easy steps - great for kids and novice artists.

At the bottom you can read some interesting facts about the Grenadier.

How to Draw a Grenadier - Step-by-Step Tutorial 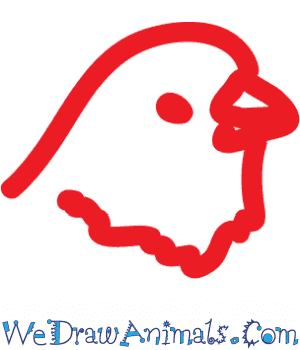 Step 1: Draw the head, with jagged neck feathering, along with a small beak 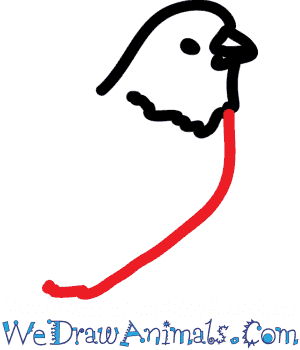 Step 2: From the bottom of the neck, draw a curved line for the body 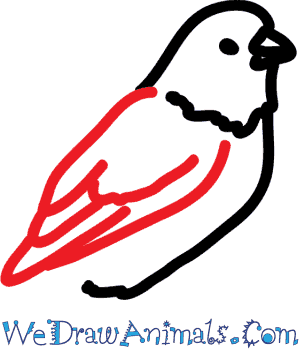 Step 3: Draw the wing, also add in the feathering 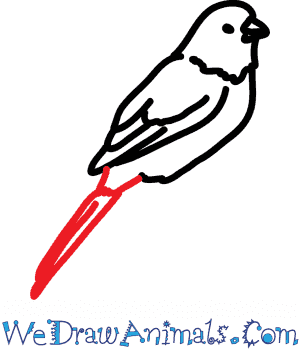 Step 4: Underneath the wing, draw the tail (with feather detail) and connect it to the bottom body line 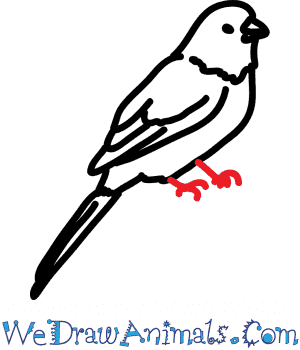 Interesting Facts about the Grenadier

The grenadier is known as the violet-eared waxbill, as well as the common grenadier. They are a bird with a very large range in southern Africa with yellow bellies and purple face markers. The rest of the body is cinnamon in color with white embellishments that are more predominant on the smaller females of the species. When they reach maturity, the grenadiers will have a red bill. When these foraging birds are young, they more closely resemble the adult females of the species than the male. Though there has not yet been an official count of the bird species population, it is not believed to be at risk of endangerment.

Which season is regarded as breeding species by this bird depends highly on the area wherein they live. In Ethiopia, this occurs between March and July, as well as in November. In Somalia, mating occurs in May. In the eastern reaches of Africa, mating usually happens during the rainy season. And in the Victoria Basin, the grenadier mates between February and June. There is no measurable threat to the population of this African bird. 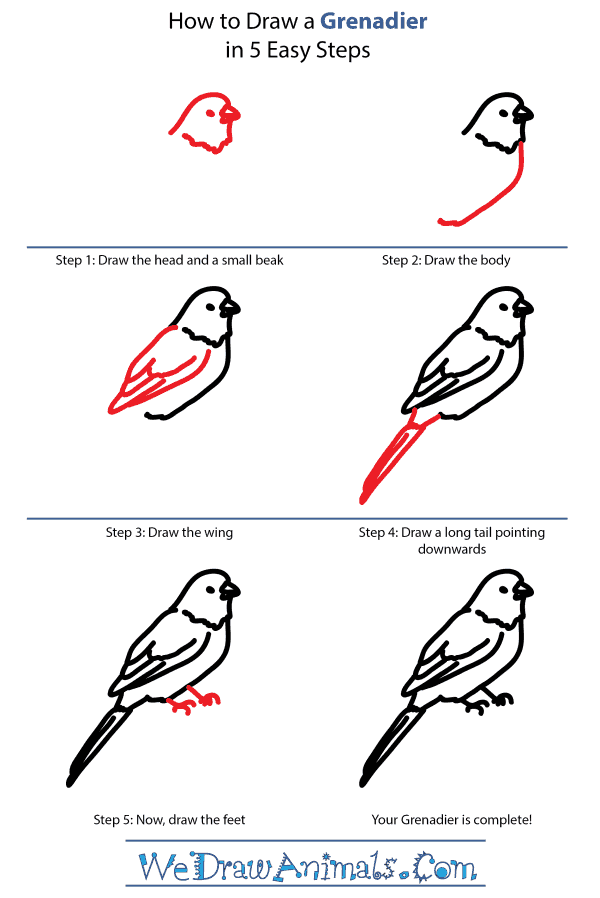 How to Draw a Grenadier – Step-by-Step Tutorial