How to Draw Koffing Pokemon 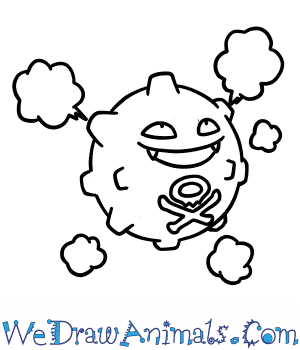 In this quick tutorial you'll learn how to draw Koffing in 6 easy steps - great for kids and novice artists.

At the bottom you can read some interesting facts about the Koffing.

How to Draw Koffing - Step-by-Step Tutorial 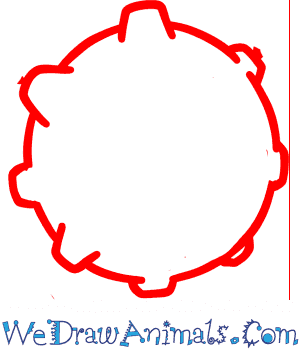 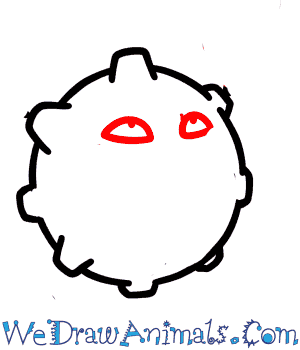 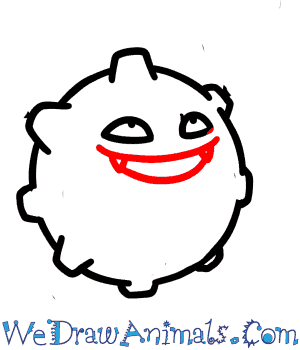 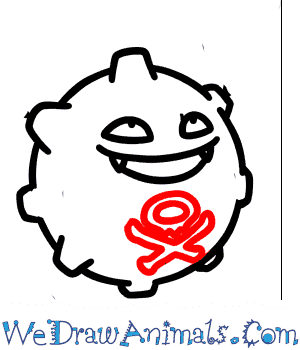 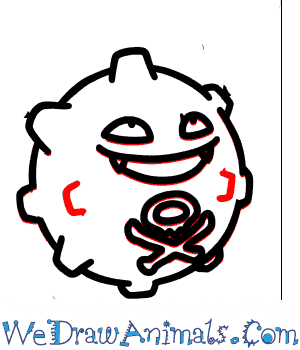 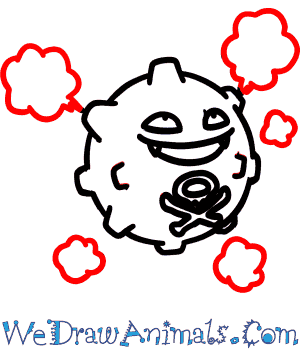 Interesting Facts about the Koffing

Koffing is one of the more dangerous and unpredictable Pokémon out there. Its huge supply of toxic gases can cause sniffles and teary eyes. In extreme cases they can also cause immense nausea and fainting. As well as this, Koffing are also prone to explosionsIf a Koffing’s gasses are exposed to hot weather or fire, they can ignite and explode instantly, causing extreme levels of devastation.

These Pokémon are commonly found living in dark urban areas where there is plenty of access to garbage left behind by humans which it can live on. If it weren’t for the toxic gas, Koffing would be great for the environment! 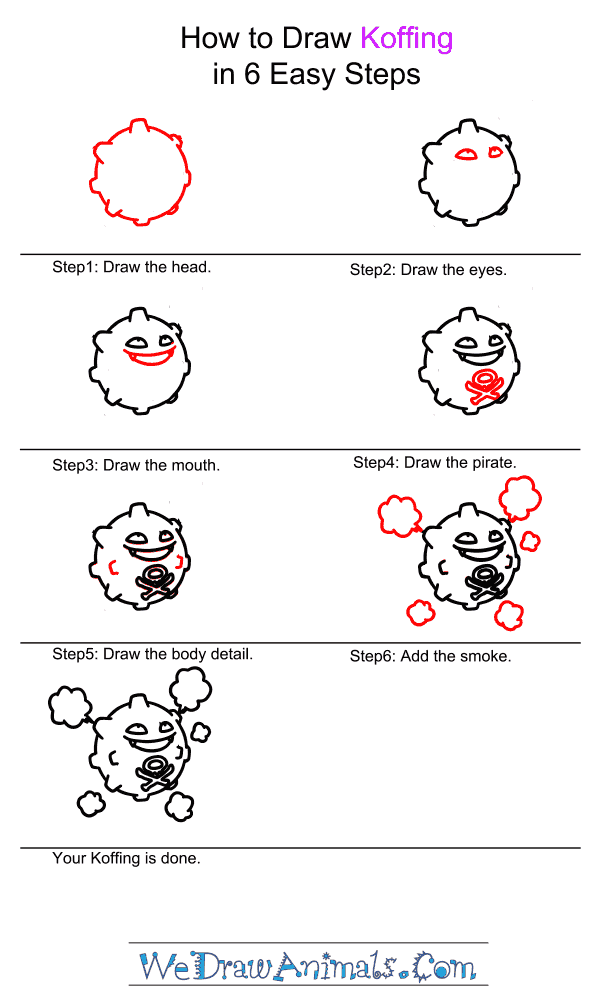 How to Draw Koffing – Step-by-Step Tutorial

Next post: How to Draw a Long-Nosed Armadillo Pokemon