How to Draw a Long-Nosed Armadillo 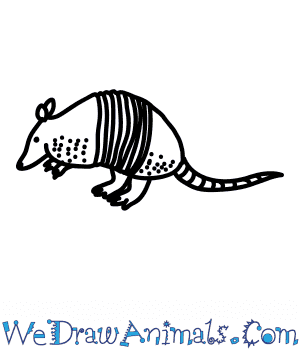 In this quick tutorial you'll learn how to draw a Long Nosed Armadillo in 6 easy steps - great for kids and novice artists.

At the bottom you can read some interesting facts about the Long Nosed Armadillo.

How to Draw a Long Nosed Armadillo - Step-by-Step Tutorial 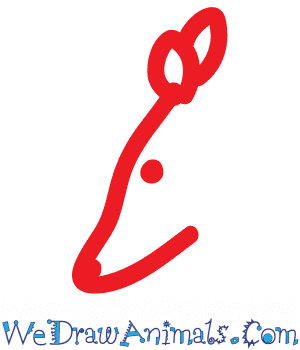 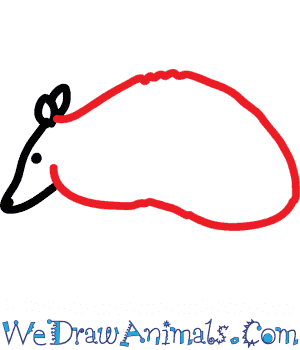 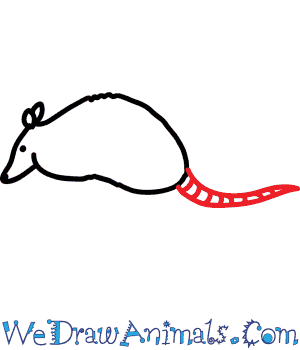 Step 3: Add a long tail with lines in it. It will look like a rat's tail) 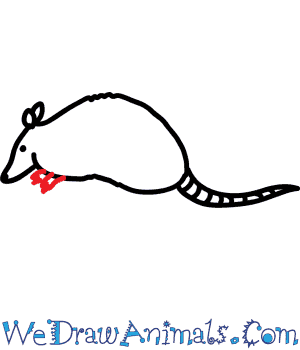 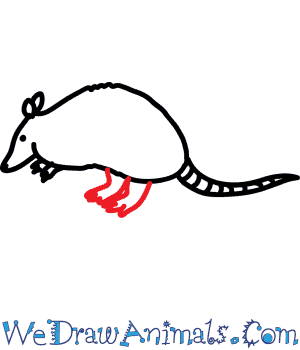 Step 5: Draw the hind legs just before the tail, they will be bigger than the front 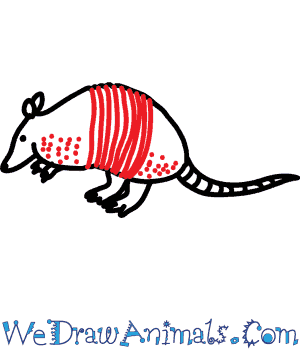 Step 6: Add lines down the middle of its body (up and down) and dots on either side of the lines towards the bottom of the body

Interesting Facts about the Long-Nosed Armadillo

The long-nosed armadillo, also known as the nine-banded armadillo, occurs in the southern United States through Mexico and Central America, as well as Argentina in South America. They exist at altitudes up to two thousand meters above sea level, as well as the regions of Trinidad, Grenada and Tobago. They are a common species with no threat to their population numbers, and their species consists of six subspecies. In addition to being rather stable in population, the long-nosed armadillo is also very adaptable, as they can live in a high variety of habitats. Because this armadillo has a high reproduction rate, often birthing quadruplets, their numbers are always bolstered enough to remain common and not at all risking endangerment. They are often hunted as well, which should cause a steady decrease in their numbers, but it does not. They are also hunted because they are perceived as a nuisance by area farmers.

This armadillo can grow up to fourteen and a half pounds and forty-two inches in length from the end of its long snout to the tip of its armored tail. Almost the entire body of this animal is covered in an armor-like hide, as well as tough skin and coarse hair. Their entire bodies are built for digging, from its snout that can smell up to eight inches into the soil, to the long middle nails on their toes that help them carve their way into the earth. Because they have a low metabolic rate and little fat, the long-nosed armadillo is prone to becoming sick from the cold rather easily. 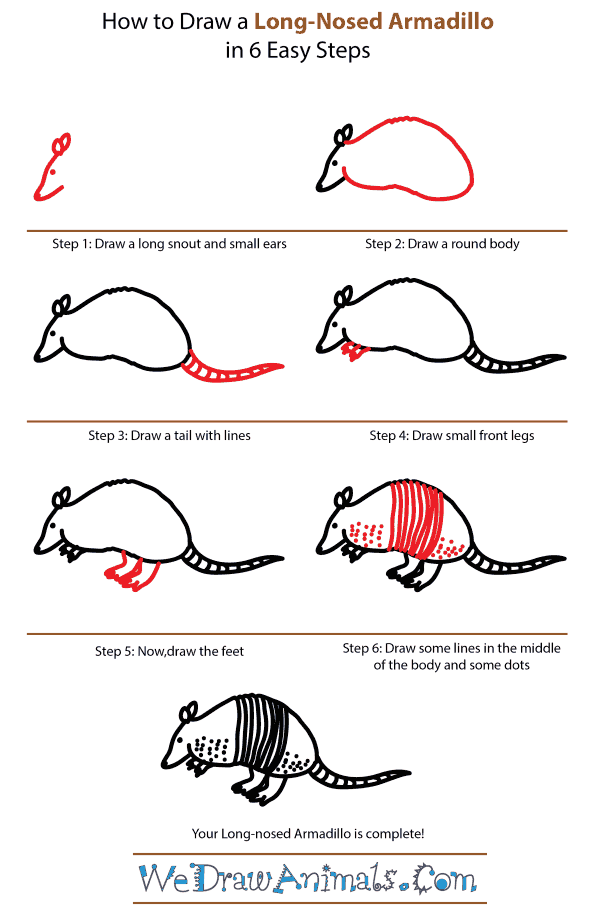 How to Draw a Long-Nosed Armadillo – Step-by-Step Tutorial