How to Draw a Harpy Eagle 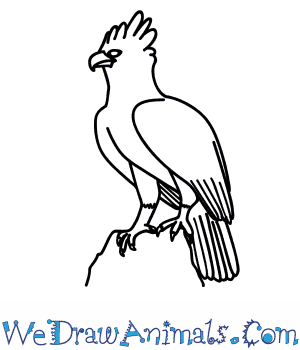 In this quick tutorial you'll learn how to draw a Harpy Eagle in 9 easy steps - great for kids and novice artists.

At the bottom you can read some interesting facts about the Harpy Eagle.

How to Draw a Harpy Eagle - Step-by-Step Tutorial 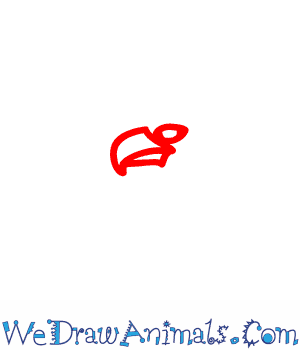 Step 1: Harpy Eagles are big raptors that live in central and south America. Start drawing yours with the beak. This can be made with two long triangles. The top triangle should be larger, and have curved sides that come to a sharp point. Behind the beak, put a small oval for the eye. 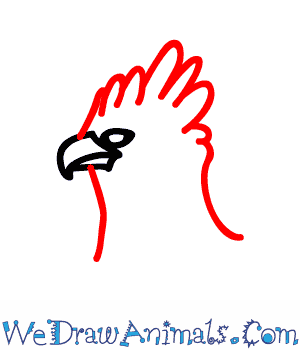 Step 2: Now let's draw the neck and feathers on the head! The neck is just a simple curved line that goes down from the beak. Another curved line should be to the right. Next, draw the feathers. This might look complicated, but each one is just a small looping line that connect to the next feather. The feathers at the front and back of the head should be smaller than the ones in the middle. 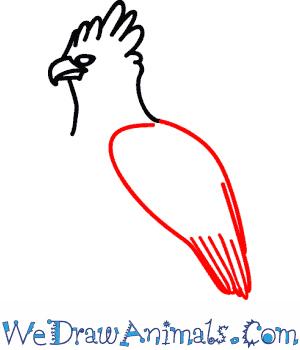 Step 3: Now draw the wing! Make it with a long curving line that starts from the back of the neck. Then draw another curve that starts just next to that one, curving to the left and then down. At the bottom of the wing, add in curving loops that connect to eachother to make the wing. 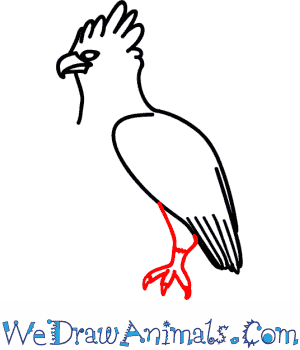 Step 4: Now for the first foot. Make two lines to create the outline of the leg itself. Then put the in three prongs beneath that to make the individual claws. Put small sharply tipped triangles. 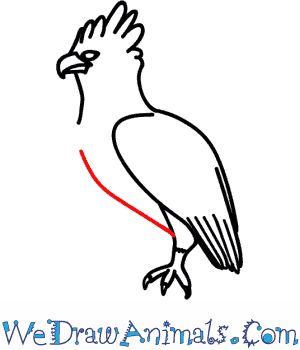 Step 5: For the chest, draw a line that starts about halfway down the leg you've drawn. It should be slanting up and to the left, curving up at the end. However leave a gap to draw the other wing later. 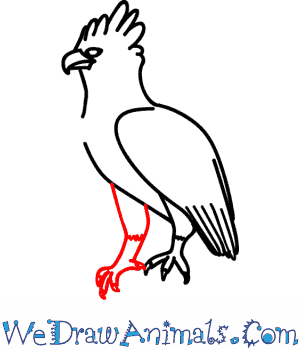 Step 6: Next draw the other leg with two lines that go down, curving to the left. Then draw three front claws and one back claw. The tips of these claws should have sharp points as well. 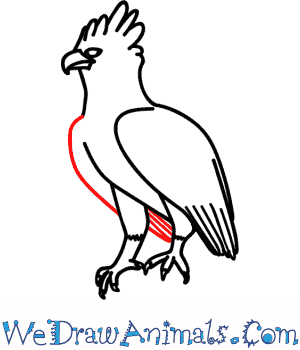 Step 7: For the other wing, draw a curved line that starts at the top of the gap you've left, and end at the leg. Then add several lines between the two legs to imply that wing's feathers. 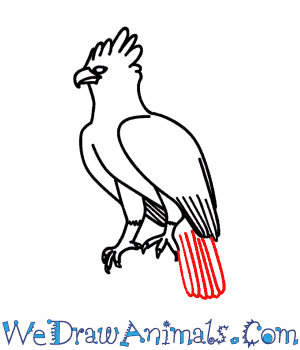 Step 8: Now draw the tail feathers by making many lines that go down. Each feather is a simple looping curve that connects to another looping curve, creating the individual feathers. 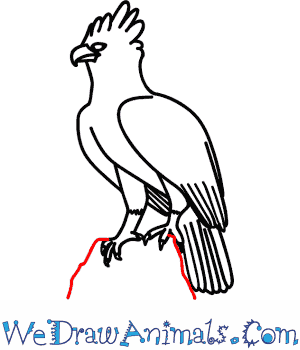 Step 9: Now draw the rock it is sitting on! It can be just about any size or shape you want.

Harpy eagles are the largest birds of prey (birds that hunt for food while flying) in North America. Carl Linnaeus, the creator of binomial nomenclature (the system of naming animal species), named the harpy eagle after a winged being in Greek mythology.

Adult harpy eagles are at the top of the food chain; they have no natural predators. Harpy eagles are carnivores that usually eat sloths and monkeys. They tend to hunt for tree-dwelling mammals. 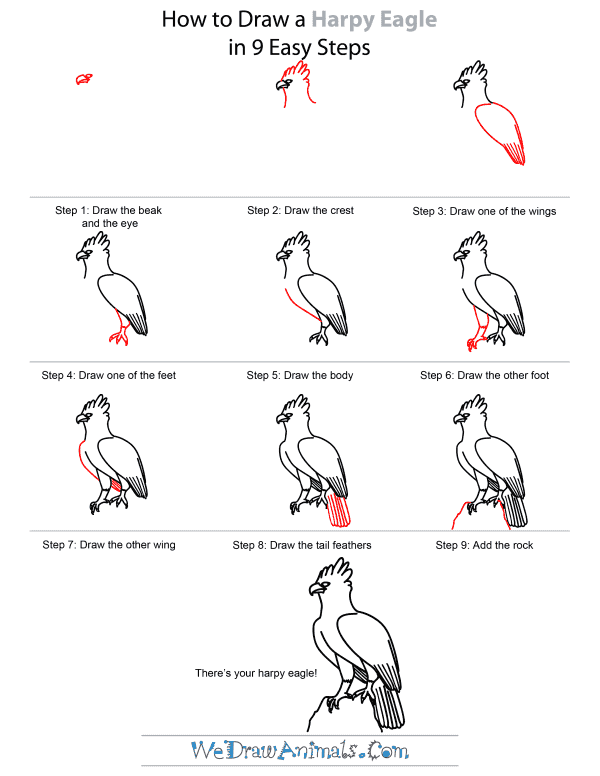 How To Draw A Harpy Eagle – Step-by-Step Tutorial