How to Draw a Harp Seal 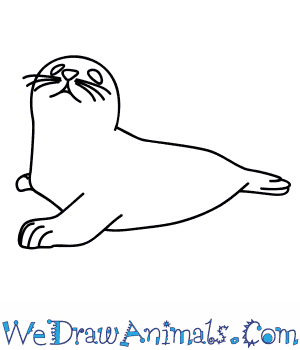 In this quick tutorial you'll learn how to draw a Harp Seal in 6 easy steps - great for kids and novice artists.

At the bottom you can read some interesting facts about the Harp Seal.

How to Draw a Harp Seal - Step-by-Step Tutorial 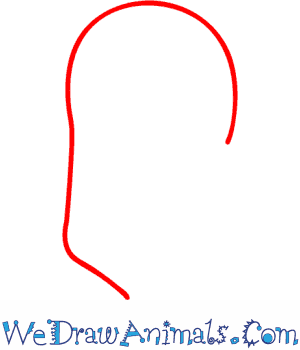 Step 1: Harp seals are cute mammals that live in cold waters, swimming and catching fish. Start drawing yours with a big domed curve for the head. On the left side of the dome, draw a line that goes down, then curves down and to the right to make the chest. 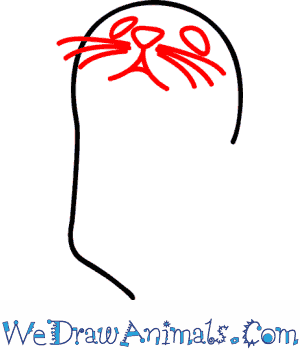 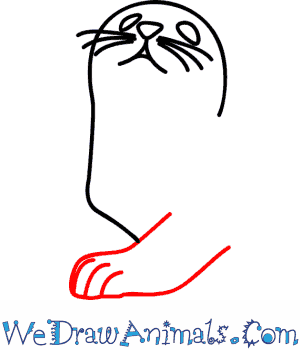 Step 3: Draw the first front arm by making two lines that slant down and to the left. The top should curve down, then back to make the foot, meeting the other line along the way. Put in curved lines to make the individual 'fingers' at the end of the arm. 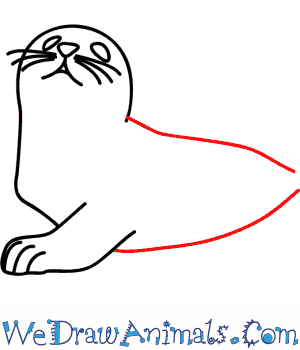 Step 4: Next we draw the body. Start with a down and right slanting line that starts at the back of the head. It should have one bump in it. A right upward curving line should be drawn to make the belly just right of the arm you've drawn. These lines should not meet, leaving room for the tail. 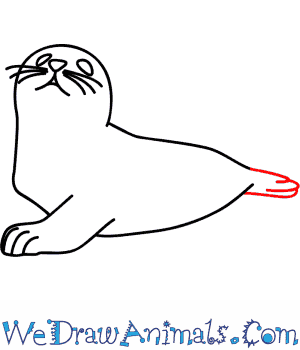 Step 5: For the tail, draw two lines that start at either side of the gap you've left. The individual 'toes' can be drawn with curved lines that loop inward, that also connect the shape you're drawing. 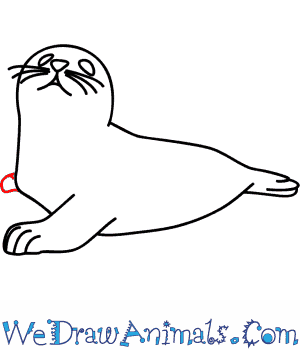 Step 6: Lastly we make the other front arm. This will be obscured, so simply draw a small curve at the bottom of the chest, and you're done!

Harp seals live in the Arctic Ocean and the northern region of the Atlantic Ocean. They are also known as saddleback seals because they have a dark marking on their back and sides that look like a saddle. They have white or grey fur.

Hundreds of thousands of harp seals are hunted every year. Pups were especially desirable because they have fluffy white fur three days after they are born (before that, their coats are yellowish white). Now, however, there are rules against hunting pups. 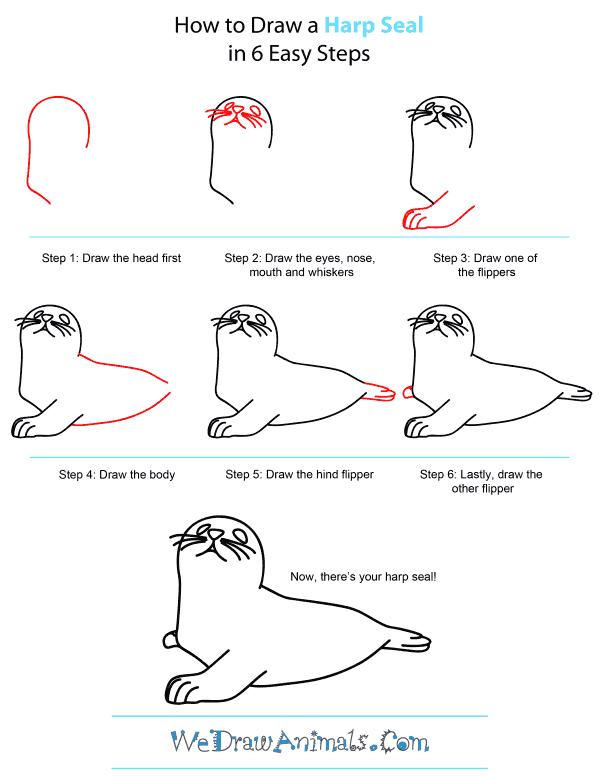 How To Draw A Harp Seal – Step-by-Step Tutorial